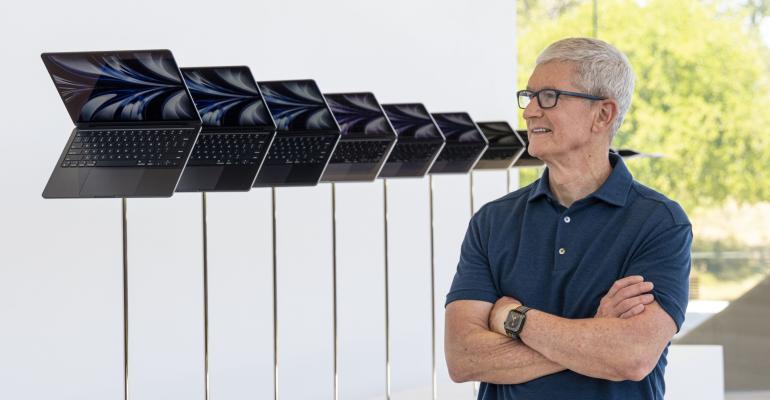 Apple to Source Chips from US Factory by 2024

Apple is expected to source its semiconductor chips from a factory in Arizona by 2024 according to Bloomberg News. There’s speculation the factory will be run by semiconductor manufacturing giant TSMC.

Apple Inc. will source some of its semiconductor chips from a U.S. chip manufacturing plant by 2024, according to reports from Bloomberg News.

Apple isn’t alone in its state-side chip fab ambitions. Driven by the incentive-laden CHIPS Act signed by President Biden in September, firms such as Samsung and TSMC have already broken ground on chip manufacturing plants in the U.S. Note: Micron is set to break ground on a plant in Central New York state.

Announcing our plans to invest up to $100B over the next 20+ years to construct a new, sustainably-built and operated, leading-edge memory #manufacturing fab in #NewYork, bringing the largest cleanroom space in the U.S. to the Empire State. https://t.co/wdPzEejBJe pic.twitter.com/eTdNKKRc0N

Samsung has chosen Texas for its manufacturing plant and TSMC has chosen Arizona. It is believed that Apple will source its chips from TSMC’s Arizona plant since the 2024 data mentioned by Cook coincides with the planned opening of TSMC’s site.

“We’ve already made a decision to be buying out of a plant in Arizona, and this plant in Arizona starts up in ’24, so we’ve got about two years ahead of us on that one, maybe a little less,” Cook told employees, reports Bloomberg. “And in Europe, I’m sure that we will also source from Europe as those plans become more apparent.”

Cook made these comments during a meeting in Germany which included top level Apple executives, Eddie Cue, the firm’s services chief and Deirdre O’Brien, head of retail and human resources.

TSMC is having quite the week with mega investor Warren Buffet’s Berkshire Hathaway picking up $5 billion in the chipmaker’s stock yesterday. At the time, that pushed shares up by 9.4%. With today’s news of Apple, possibly, sourcing some of its chips from TSMC’s Arizona plant, shares of TSMC moved 2.9% higher (in Taiwan trading).