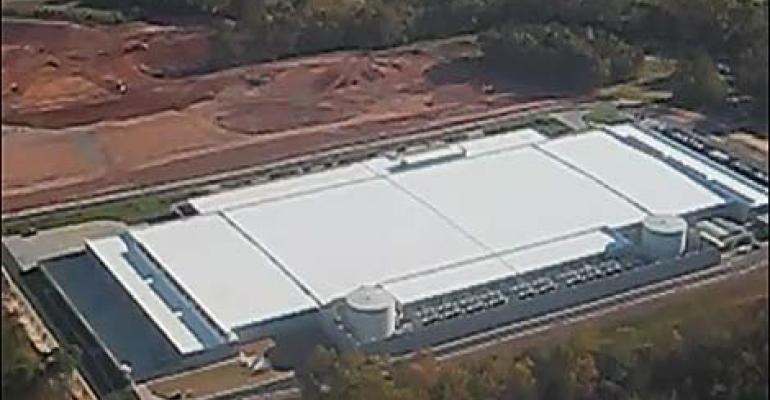 Company’s data center plan held up for more than two years; dispute raises concerns about Ireland as a business location

Peter Flanagan (Bloomberg) -- For a tiny village in the West of Ireland, a meeting 5,000 miles (8,000 kilometers) away at Apple Inc.’s California headquarters confirmed some of its worst fears.

“The local mood is one of frustration and disappointment,” Peter Feeney, a local councilor with Varadkar’s ruling Fine Gael party., said “If Tim Cook had good news, he would have given it to the prime minister -- so if he didn’t give good news, there probably isn’t any right now.”

The encounter between Cook and Varadkar was the latest twist in a saga that stretches back to 2015, when Apple simultaneously laid out plans for vast data centers in Ireland and Denmark. While the Danish facility is completed, the chosen site in the middle of an Athenry forest lies idle, stymied by a combination of objectors and court delays. Advocates of the project say the affair undermines Ireland’s efforts to draw overseas investment.

“This isn’t just about Apple and Athenry now,” Paul Keane, who leads the #AppleForAthenry local pressure group, said. “The first hall has taken three years. Who in their right mind would go through that process seven more times?”

Apple scouted 19 countries before choosing Athenry, with a population of 4,000, as part of its biggest investment in Western Europe. The center in the Derrydonnell forest had been due to cover 166,000 square meters, the equivalent to about 23 soccer fields on completion, when finished in 2017.

Instead, Apple has yet to break ground in Athenry, stalled by three objectors, contesting its potential environmental impact and economic benefits. They challenged the company’s planning approval in court, already laden down with other cases.

“There’s a process there, and the objectors have just used the process -- you can’t blame them for that,” said Feeney. “The problem is the process. When we say fast-track, we should mean fast-track -- get a decision within a year, not two or three years.”

While Apple’s planning permission survived a legal challenge last month, the company seems to have lost patience. Earlier this year, Cook announced plans to build a second data center in Denmark, and at last week’s meeting, he said Apple agreed to continue to consider Athenry only “in the context of their future business plans,” according to Varadkar.

Locals remain hopeful that the project is on hold rather than dead, with Keane convinced it’s “nearly a sure thing.” Varadkar is scrambling to overhaul planning laws to avoid future delays. Apple holds all the aces now, Feeney said.

“If it’s a game of poker, they have a pretty big chip to play,” Feeney said. “Ultimately, I’m confident the site will be developed. When? We don’t know.”