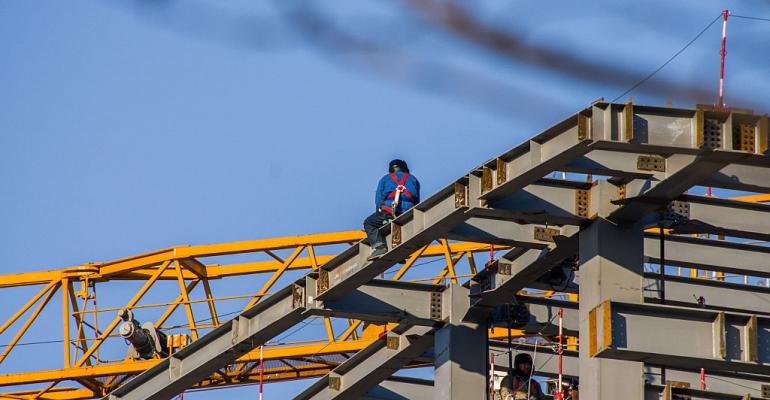 DCK Investor Edge: The market has been smashing all records as the world’s largest, and it’s managed to do it based on numbers that don’t include the largest tenant there.

If you follow analyst reports on the market and its mentions by executives on the specialist data center landlords’ earnings calls, chances are you won’t hear about Amazon. But you certainly will if you try to buy suitable land to build a data center in Northern Virginia.

Related: Microsoft Is Expanding Its Virginia Data Center Footprint, But Not in Ashburn

The region shattered its own 2017 record of 115MW of wholesale data center leasing in 2018 with a reported 232MW of leases greater than 2MW – about two and a half times last year’s leasing volume of all other US markets combined. But data center shells built by third parties for Amazon's public cloud service are not counted in the annual net-absorption figures analysts and real estate brokers report.

If you’re a regular reader of DCK, you probably already know that Amazon uses a subsidiary called Vadata as a proxy that contracts for AWS data center shell space. You probably also know that the biggest third-party developer of data center shells for AWS in Northern Virginia has been Corporate Office Property Trust. COPT is a publicly traded REIT whose core business is developing mission critical facilities and leasing them to US government agencies and defense contractors. Vadata is its second-largest tenant by percentage of annual revenue (8.9 percent); its largest is the US government.

Even in the second place, Vadata occupies about 2.8 million square feet in COPT buildings: 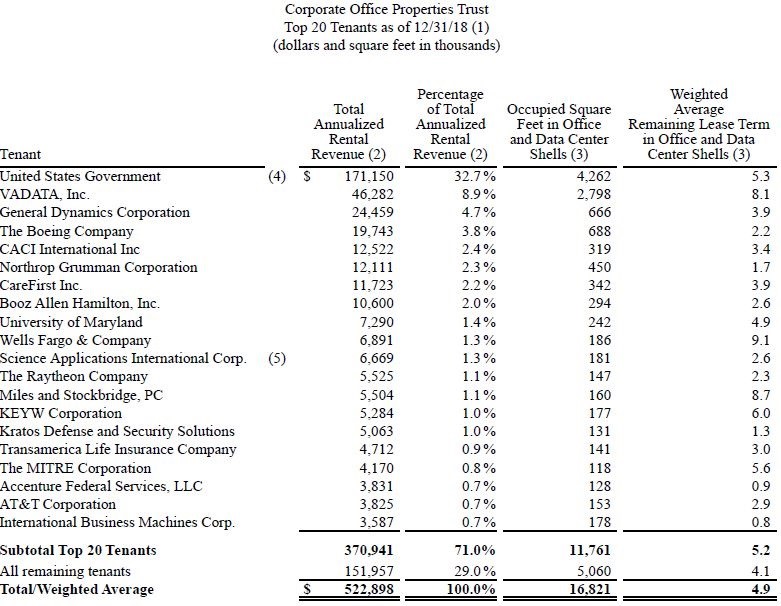 In November 2017, COPT revealed that it will be building 11 additional data center shells in Virginia, all for an unnamed customer. In its fourth-quarter 2018 supplemental filing, the company said it had delivered 514,000 square feet of shell space for Vadata that year 2018, with another 731,000 square feet due in the first half of 2019.

On the recent COPT earnings call CEO Steve Budorick gave additional color: “Among the remaining four build-to-suits, we expect to announce the next two leases in coming weeks and the final two leases during the summer, completing the 11-facility program. Additionally, as we finalized our land acquisitions, we purchased and entitled more development capacities than originally contemplated, and we have the capacity and the demand to develop another four shells, totaling 800,000 square feet of future build-to-suits.”

Amazon's shadow pipeline of data center shells is larger than most investors realize. The prevalence of non-disclosure agreements (NDAs) in the world of data center providers makes it difficult to ferret out the actual tenant leasing space or the entity behind land purchases for future data center development.

In March 2018, for example, Northstar Commercial Partners announced plans to build two data centers totaling 400,000 square feet that were pre-leased to a "Fortune 20 customer" (believed to be Amazon) on land purchased in Sterling, Virginia.

Amazon is also reportedly behind a proposed 600,000-square foot data center on a site south of Dulles International Airport. The rezoning application, however, “is not Amazon or AWS, but rather Excelsior, Minnesota-based Oppidan Investment Co.," Washington Business Journal reported.

This article was largely about Amazon and COPT, which trades under the ticker symbol (OFC). However, the shadow inventory of AWS data centers has implications for all public and privately-held companies that develop and operate data centers in Northern Virginia.

Individual hyperscale data center leases have grown from 10MW to 70MW in the market in just a few short years. The demand for land suitable for data center development in Loudoun and adjacent counties has accelerated. The dwindling supply has driven up land prices and forced developers to start building multi-story data centers.

Developing data centers to house massive server farms has created the need to "bank" land for future development. This becomes a dual-edged sword for investors who own shares in data center REITs. The banked land sits on the balance sheet as an asset, but it does not generate near-term earnings. At the same time, not having enough land to ensure future expansion for a hyperscale client may mean losing the deal.

Digital Realty recently paid close to a quarter of a billion dollars for 424-acres of undeveloped land near Dulles airport. This massive land purchase is intended to be developed over the next 10 years. Hyperscale players (think Facebook, Microsoft, Google, and Amazon) are also banking their own land in Northern Virginia suitable to build massive data centers.

The table stakes for winning the hyperscale game in and around Data Center Alley have grown exponentially. Players that don't have a large enough balance sheet will need to partner or create joint ventures with deep-pocketed institutions to compete. And time is of the essence.