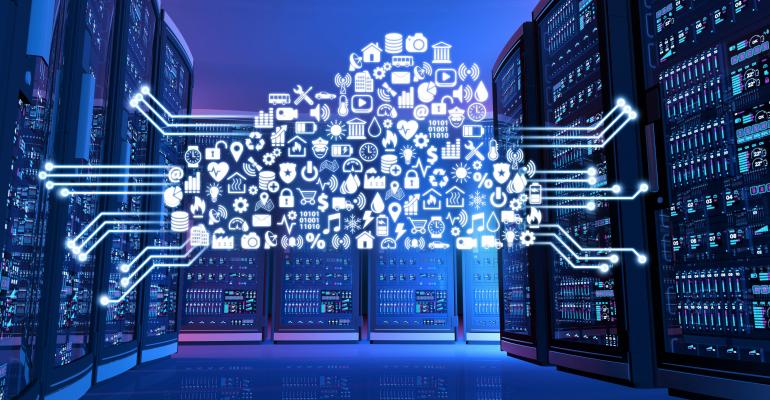 With Andy Jassy taking the reins of Amazon, former Tableau CEO Adam Selipsky is stepping in as CEO of AWS. What must he do to keep the cloud provider moving forward?

The incoming CEO of the world's largest public cloud provider, Amazon Web Services, has some pretty big shoes to fill.

Last month, AWS named former Tableau CEO Adam Selipsky as its new CEO, replacing Andy Jassy, who is taking over the CEO role of Amazon from founder Jeff Bezos. Selipsky's first day on the job will be May 17.

Selipsky is no stranger to AWS, having worked at the company for 11 years in sales and marketing roles, prior to joining Tableau in 2016, which he sold to Salesforce in 2019.

Analysts and cloud software vendors contacted by ITPro Today had differing viewpoints on what the new AWS CEO needs to do to keep the Amazon subsidiary moving forward in the face of growing competition from rivals big and small.

The Challenge of Multicloud

AWS may be the 800-pound gorilla in the cloud market, but it needs to continue to innovate and move in the direction the market is heading in, according to Roy Illsley, chief analyst of IT and Enterprise at Omdia.

"Selipsky is an ex-AWS VP who knows the business, and his time at Tableau and as part of Salesforce would have exposed him to AWS’ biggest challenge: multicloud," Illsley told ITPro Today. "Jassy did not acknowledge multicloud, preferring the mantra that it is better to use a single integrated cloud."

The message of a single integrated cloud fails to recognize the direction the market is heading, according to Illsley. He suggests that the new AWS CEO adjust the messaging, as organizations are adopting a multi-hybrid cloud, and while they do have a dominant cloud provider, they are using other providers for a number of reasons. AWS needs to find a way to embrace this new reality and provide solutions to support this messaging.

Another modern cloud reality that Selipsky needs to bring to the table is more software-as-a-service (SaaS) capabilities, according to Devan Adams, principal analyst for cloud and data center switching at Omdia.

"Although they are the kings of cloud infrastructure as a service [IaaS], they are lacking in the SaaS department versus their top competitors," Adams told ITPro Today. "With Selipsky taking the over reins, I’d expect to see AWS increase its focus on the SaaS portion of the cloud market, given his experience at Tableau and Salesforce, which will be influential."

The Opportunities of Hybrid Cloud

AWS under Jassy's leadership has put some focus on hybrid cloud deployment, which is a path that Jeff Kukowski, CEO of CloudBolt Software, suggests Selipsky stays on.

Going forward, Kukowski said AWS should continue to stay this hybrid course. Staying the hybrid course by providing as much flexibility as possible is a key way to help enterprises meet their digital transformation goals, he said.

The Challenges of Cloud Competition

While AWS continues to be the leading public cloud provider, Forrester Principal Analyst Paul Miller cautions that neither AWS nor its new CEO can afford to take that position for granted.

There is also a geopolitical challenge, Miller said, as some countries are uncomfortable using foreign big tech. In In addition, there is also likely to be a post-pandemic desire to make systems and processes resilient. And there is continuing fallout from the U.S.-China trade disputes, which could help drive growing interest in sovereign clouds in Europe and elsewhere. Miller suggests that new AWS CEO Selipsky and his team have a sensitive, nuanced and localized response to different issues related to resilience and geography.

"There's a much bigger long-term opportunity for AWS outside the U.S. than at home, and balkanization of rules, laws and markets complicates the task of running a global cloud business," he said.

While competition and technology are key to the continued success of AWS under its new leadership, so too is keeping the focus on customers.

Moti Rafalin, CEO and co-founder of application modernization vendor vFunction, attributes a major part of AWS' success to its relentless customer focus and its strategy of passing on to customers any possible savings.

"It’s one of the few businesses that keeps lowering prices and passing savings to customers in a consistent manner," Rafalin told ITPro Today.

The focus on customers as the foundation of success is a theme that was echoed by John Dinsdale, chief analyst and research director at Synergy Research. Dinsdale noted that AWS has been a great success story for over 10 years, and it remains in an extremely strong market position despite increasing competition from a wide swath of strong IT industry companies.

"For me, one of the most interesting things about tracking AWS over many years is its total focus on customers and what would be most helpful for them," Dinsdale told ITPro Today. "If AWS maintains that laser focus on customers, then it will continue to do well."