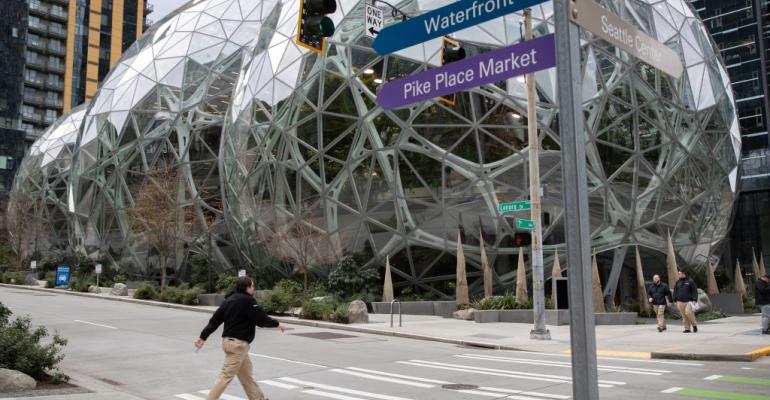 Selipsky was Jassy's right hand at AWS before leaving to helm Tableau (now part of Salesforce) in 2016.

Adam Selipsky will lead Amazon Web Services, the company told employees in an email on Tuesday, replacing Andy Jassy, who is set to succeed Jeff Bezos as Amazon’s chief executive officer. Bezos will take the role of executive chairman in the third quarter of this year.

Selipsky, 54, has been CEO of Tableau since 2016, guiding the Seattle company through a reboot of its data visualization software business and its $15.3 billion sale to Salesforce.com in 2019. Before joining Tableau, Selipsky was Jassy’s right hand at Amazon’s cloud unit, serving in a chief operating officer-like role that saw him overseeing the unit’s sales, marketing, technical support and customer service. He joined the company in 2005.

“Having been in such a senior role at AWS for 11 years, he knows our culture and business well,” Jassy said in the email, seen by Bloomberg and later posted on the company’s corporate blog. Selipsky will join Amazon on May 17 and take on the AWS CEO role sometime in the third quarter, Jassy said.

AWS, which reported $45 billion in 2020 sales, pioneered the business of selling rented computing power and software services, primarily to other companies and software developers. The unit holds wide leads over rival services from Microsoft Corp. and Alphabet Inc.’s Google. AWS generates most of Amazon’s operating income, giving the retail and technology giant freedom to make big bets elsewhere in its business.

Matt Garman, the AWS sales and marketing chief who previously led large engineering and product teams, had been widely seen as Jassy’s likely successor. But so was Selipsky, before his departure five years ago. He was often the public face of AWS in its early days, explaining to customers, investors and journalists why an e-commerce company was developing business computing services. He and Jassy were frequent travel companions, whether attending meetings with important customers or going on site visits to check on the company’s outposts around the world.

“It’s absolutely the right choice,” said Matt McIlwain, a managing director with Seattle’s Madrona Venture Group who has tracked Amazon’s rise. “There’s some amazing people on that AWS executive team, but I don’t think there was somebody that was ready today to take on that role.”

Selipsky will be succeeded as Tableau CEO by Mark Nelson, previously executive vice president of product development at the Salesforce unit, a Tableau spokesperson said.