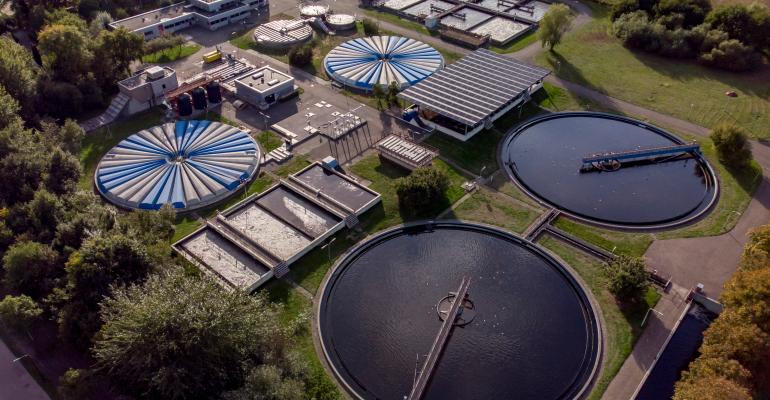 On Monday at AWS: Invent 2022, Amazon announced details on its plans to return more water than its data centers use by the year 2030. This on the heels of last week’s announcement by Google’s Urs Hölzle, who detailed how the Alphabet company planned to similarly reduce its water footprint by the year 2030, along with detailed 2021 water usage metrics for its US data centers.

While energy sourcing is still a hot button issue for data center organizations and providers, water consumption is swiftly a hot topic in the face of record-breaking droughts and worldwide climate change. In 2011, the Green Grid proposed a metric to measure water usage in data centers called the Water Usage Effectiveness (WUE), or the ratio between the annual site water usage in liters from data centers. According to the United Nation World Water Development Report 2022, over 50% of the people on the planet are at risk for having no access to clean water year-round. 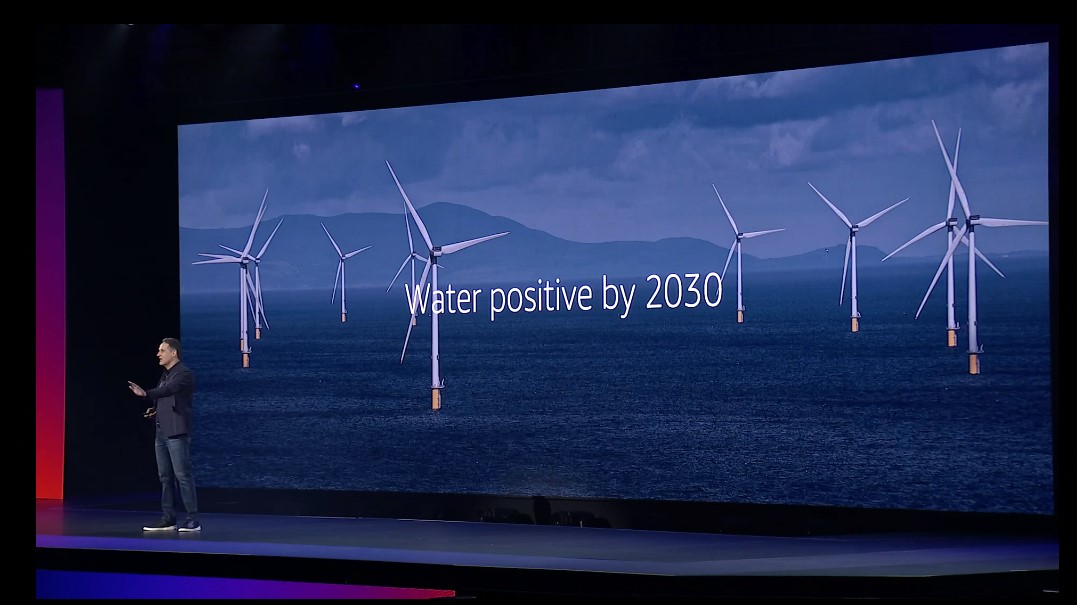 “Water scarcity is a major issue around the world, and with today’s water positive announcement, we are committing to do our part to help solve this rapidly growing challenge,” said Adam Selipsky, CEO of AWS during today’s announcement from the middle of the Mojave Desert in Las Vegas. “We all need to innovate new ways to help conserve and reuse this precious resource.”

Dr. Newsha K. Ajami, chief strategy and development officer for Research at the Berkeley Lab Earth and Environmental Sciences Area, focuses on water resource management from the Bay Area, California, a region of the United States that teems with data centers. “Water is often the missing link. Companies often focus on energy to mitigate climate change and reduce their carbon footprint, and water usage and the quality of the water being used is often forgotten,” Ajami says, in an exclusive interview with Data Center Knowledge.

Using direct evaporative cooling reduces data center power consumption by upwards of 10% but does so at a cost of removing water from the watershed, usually in the form of potable, treated municipal water. For instance, in the Southwestern US, communities face water restrictions and are removing irrigation-dependent crops such as almond trees and residential lawns, while data centers are eager to take advantage of the power density and higher availability of green power sources such as hydro and solar in those same communities. In the end, data centers and communities are fighting for the same dwindling water resources.

"It’s important to think about the quality of the water being used. Is it treated wastewater that’s suitable for data center cooling and flushing our toilets or watering our lawns? We have a once-through water infrastructure model that treats water to the highest quality, and then use that water for purposes that do not need high (drinkable)-quality water, such as cooling a data center," Ajami says.

According to Amazon, the “preferred cooling strategy for AWS data centers uses evaporative technologies. In this system, hot air is pulled from outside and pushed through water-soaked cooling pads. The water evaporates and cools the temperature of the air sent to the server rooms.”

At Google, all but one of its 15 U.S. data centers rely entirely on potable water. Douglas County, Georgia’s Google facility uses 408 million gallons of reclaimed wastewater and only 13 million gallons of potable municipal water. In comparison, Google’s Council Bluffs, Iowa data center uses more than a billion gallons of water, most of which is treated from the Missouri River or the Missouri River Alluvium. The Missouri River is the longest in the United States, part of an enormous watershed that includes parched areas of the country such as Idaho, Montana, North and South Dakota, while its tributaries provide water across much of Wyoming, Colorado, Nebraska, and Kansas. That’s a big potential impacted area, all controlled by a deal made by one small Iowa municipality and a big tech company.

And that’s the larger issue of water usage and water rights, one that the industry is still grappling with as civic leaders woo larger corporations to more and more rural landscapes with promises of tax incentives and guaranteed utility prepurchase agreements. Water is a huge part of that equation.

Going Back to the Well

What’s more, depending on where the municipality gets its water – whether from an aquifer such as a large body of water or a river, or from the groundwater table – the carbon footprint of that water collection is varied. Municipal water must be pumped, transported, and sanitized for human consumption, all of which is a carbon impact that often isn’t calculated in an organization’s WUE.

What then happens with the water that AWS and Google return to the facilities could be the most critical element of the equation. If that water is inextricably polluted when it returns to the ground watershed, it tends to remain polluted, according to the UN report.

The UN report estimates that roughly 50% of the world’s population lives “in areas that suffer from severe physical water scarcity for at least one month per year.” To combat this insecurity, both Amazon and Google have vowed to be water positive by 2030, meaning that they will contribute back more water than they use for their operations.

And Google goes one better by putting a quantitative goal to the forecast -- its water stewardship plan states “Google will replenish 120% of the water we consume, on average, across our offices and data centers and help restore and improve the quality of water and health of ecosystems in the communities where we operate. We’ll focus our efforts in water scarce regions to support those who need it most.”

At AWS re:Invent on Monday, Amazon highlighted the efforts to replenish water from its corporate “water+” initiatives, including working with The Rivers Trust and Action for the River Kennet (located 48 miles west of London) to create wetlands near the River Thames which would recharge groundwater and improve water quality for the Thames River basin. Additionally, AWS announced its partnership this winter with the Freshwater Trust to “recharge 189 million liters of groundwater per year using winter water from the Cosumnes River” stating that it would “allow water to gradually flow through the groundwater table and back into the Sacramento and San Joaquin watershed, increasing water flows during drier summer months.”

While these corporate initiatives are not without merit, it could distract from the impacts in drier, more water insecure areas.

For instance, Alphabet includes data center locations in very water-conscious or water-starved communities such as Henderson, Nevada (a suburb of Las Vegas), Storey County, Nevada (outside of Reno) and rural Midlothian, Texas. Amazon is vague about the locations of its data warehouses, grouping them in ambiguous regions and “availability zones” but cites locations operating in water-starved areas such as Los Angeles, Denver, Houston, Hillsboro (Oregon), San Jose, Phoenix, and Las Vegas.

Google, on the other hand, last week released its actual water withdrawal and discharge water metrics for 2021, which revealed that it consumed more than 4.3 billion gallons of water last year at its 15 U.S. data centers and other global locations.

“You can’t just use water resources from one watershed and replenish another one. It’s not transferrable and will impact those geographies very differently,” Ajami says.

In Santa Clara, California, AWS uses recycled water for its cooling systems, which is treated using a multi-step process to reduce impurities. “After the recycled water runs through the cooling system, it returns to the wastewater facility for another round of treatment so it can be used again,” the company’s announcement states.

Santa Clara’s officials approve of this system. “Recycled water is a sustainable source of water, and it offsets our precious potable water,” says Shipla Mehta, the City of Santa Clara’s assistant director of Water and Sewer Utilities. “Reusing it saves our city’s potable water for the places and people that need it most.”

Just in Time – We Hope

Ultimately, Google and AWS are industry vanguards in the cloud services and data center industry, and the fact remains that they are choosing to make significant effort to address the issues around water usage and climate change within the technology industry.

And that counts for something – especially in a major climate event impacting the water availability at such scale.

“I’m pleased to see that (the data center industry) is drawing attention to their water usage. Transparency is the name of the game as we try to combat climate change.” Ajami says. With that she pauses, adding “but people also need to think about how their actions impact water usage. People are so detached from the process, they don’t connect that their actions, all of this data we generate on an hourly basis, many of us live our lives online these days, it all has an impact."