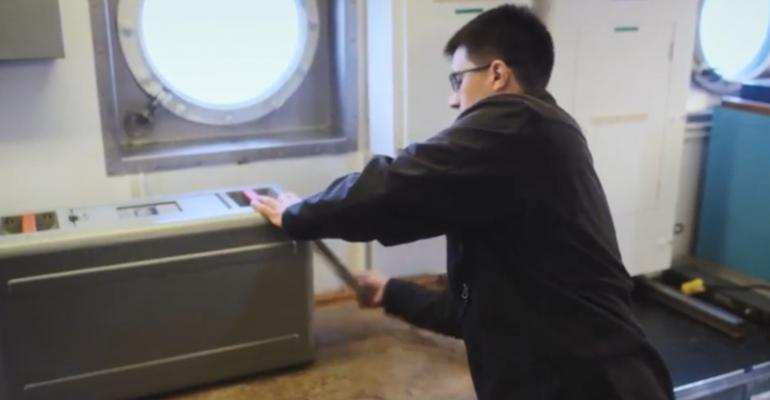 Amazon has launched new cloud VM instances for Snowball Edge • Originally designed for efficient transfer of lots of data to AWS, the appliance now supports EC2 • The product is aimed at customers that need temporary edge computing capacity • They can use the same AWS tools to manage their instances on Snowball Edge

Going somewhere? You can now take your Amazon cloud with you.

When the company originally launched the Snowball product, it was meant only for bulk transfer of large amounts of data from a customer’s own data center into AWS. Once ordered, the Snowball (essentially a ruggedized server with a ton of storage capacity) would be shipped to the user’s location, where the user would plug it into their network, upload the data they want in the cloud, and ship it back to Amazon.

Snowball Edge still serves that purpose, but now it can also support several types of EC2 instances. Pitched as an edge computing solution, it supports use cases where temporary edge computing capacity is required.

Amazon-provided early-adopter examples include a Boeing business that flies drones to capture high-resolution images in remote areas (“wildfires, strip mines, desert wellheads, and battlefields”), pre-processes them on the spot using Snowball Edge, and then transfers the data to the cloud for analytics.

Another user is an Oregon State University marine laboratory, which collects data aboard a research vessel, analyzes it using Snowball Edge, and transfers it to the cloud upon coming home.

The point is to provide a consistent environment for customers in the cloud and at the edge – that is when the edge location is temporary. Developers can build applications on EC2 and run them on premises in edge locations, where internet connection may be limited or no-existent.

They can start and stop cloud VM instances on Snowball Edge using the AWS CLI or SDK and manage and monitor them with standard AWS tools.

The device is powered by a 1.8 GHz Intel Xeon D processor and has 32 GB of memory. It supports up to 24 virtual CPUs. The devices can be racked and clustered for larger temporary installations.

Amazon’s new instance types for Snowball Edge are called SBE1. The instances currently range from 1 virtual core and 1 GB of memory to 16 cores and 32 GB.