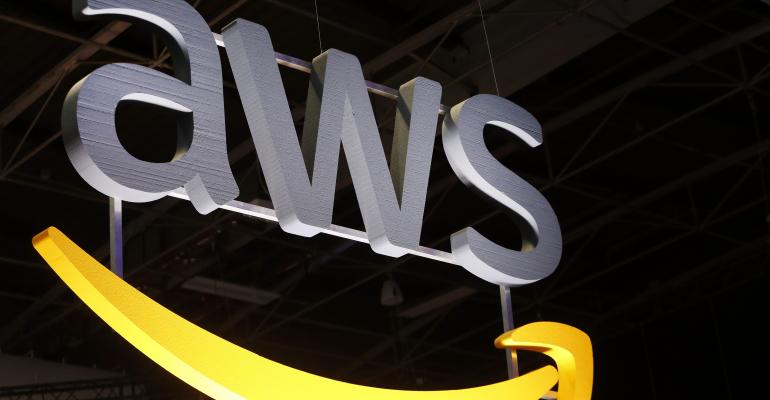 At this year's re:Invent, Amazon's cloud business unveiled a slew of new offerings that double down on its strengths while reiterating the ultimate goal for customers: full cloud migrations.

LAS VEGAS — Amazon Web Services has always touted builders, keenly aware that its first — and still core — customers are those who like to roll up their sleeves, build applications in the cloud and innovate.

The message heard here this week for 65,000 attendees at the AWS re:Invent 2019 conference, however, was something more pointed and direct than the quaint "now go build" tagline of CTO Werner Vogels.

At the big Tuesday keynote, CEO Andy Jassy addressed his first remarks to those who may think they are "in" the cloud, but in fact are not fully committed to transforming their businesses —aka the toe-dippers. "If there's a big change you want to make, you don't want to procrastinate," he said. "It's easy to go a long time dipping your toe in the water if you don't have an aggressive goal. … It won't get easier if you wait.”

Jassy rattled off best practices of successful AWS customers like strong alignment, the conviction of senior leadership, setting top-down goals and developer training. Also, not worrying about every last workload and putting the easiest workloads in the cloud first then working on the harder projects — or keeping them on premise.

In many ways, Jassy's pitch at AWS re:Invent 2019 sounds a lot like the reasons why AWS has been so successful with its cloud model over the years. It sets aggressive goals (giving customers the tools they want) and then repeats that process again and again. The product announcements made this week bear that out, doubling down on areas that are already strong and steadfastly sticking to its guns on concepts like hybrid cloud and multi-cloud.

AWS rolled out eight updates to its SageMaker line of AL and machine learning model-building tools this week, led by SageMaker Studio, an integrated development environment for developers and data scientists. On top of Studio, the company announced several components for making workflows and model tuning easier and faster.

The SageMaker Notebook Experience, Debugger, Autopilot, Model Monitor and Experiments modules are integrated into Studio or are available via API on an ad hoc basis. Among these tools, the AutoPilot service is focused on the training part of an AI model. It can analyze dozens of models at once and delivers a leaderboard indicating which ones are delivering the kinds of results the data scientist expects.

The Model Monitor module is focused on training models before they are deployed and tackles a problem called “concept drift” in which results can start varying as new data is added to the model.

AWS supports the raw frameworks that create these models — TensorFlow, PyTorch, MxNet and others. With so many options for model building, are customers confused by all of the choices? No, according to Nate Slater, team leader for the ML Solutions Lab for U.S West/Asia at Amazon Web Services.

“ML practitioners are looking for choice when they do a model,” Slater said in an interview. “SageMaker is designed to take out the operational overhead. SageMaker does additional nice things with algorithms that can be used for solving business problems. The raw tools are for researchers developing from scratch and building models that don’t exist yet.”

To add yet another element to the model-building process, today at AWS re:Invent 2019, the company announced ML Embark, a program to help customers train their development staff to become ML programmers.

Over the past five years, the concepts of hybrid cloud and multi-cloud have become important parts of every cloud and infrastructure provider’s offerings. They've been a way to help users spread workloads between on-premises and the cloud, or between multiple clouds.

That's not so with AWS. While everyone else is trying to bridge gaps between the enterprises and the cloud, AWS is inserting itself into customer or partner data centers via its AWS Outposts solution, which was announced as generally available this week. Also newly announced at AWS re:Invent 2019 is Local Zones, another “extension” of AWS services that can reside close to where customers need the cloud. A third option is Wavelength, a partnership with Verizon in which AWS embeds compute services into Verizon 5G edge locations.

AWS does have a “hybrid” solution via its partnership with VMware, with the VMware Cloud on AWS offering, but this requires customers to lift and shift their VMware virtual machines into the AWS cloud.

Jassy explained that AWS recognizes that some workloads will need to stay on premise, but implied that solutions like Outposts are merely a step along the way to full cloud migrations. “We wanted to rethink the problem [of on-premise workloads] more as trying to distribute AWS on premise rather than the other way around,” Jassy told reporters in a press conference.

While AWS still enjoys a lead over Microsoft and Google in the cloud market and is growing at 35% a year, it realizes the stake are high. Gartner predicts that cloud spending in 2020 will top $266 billion worldwide. But that number is still tiny compared to overall global IT spending projections of close to $4 trillion.

That leaves a lot of the revenue pie left for the Big 3, as well as others such as IBM and Alibaba Cloud. That reality is what is behind the non-stop sense of urgency AWS keeps exhibiting.

“The reality is that the cloud offers you a once-in-a-lifetime opportunity to totally redo [enterprise IT] and do things that were never possible before,” Jassy said. “We’re here to help you build, right here right now.”

Scot Petersen is a technology analyst at Ziff Brothers Investments, a private investment firm. Prior to joining Ziff Brothers, Scot was the editorial director for the Business Applications & Architecture group at TechTarget. Before that, he was the director of editorial operations at Ziff Davis Enterprise. While at Ziff Davis Media, he was a writer and editor at eWEEK. No investment advice is offered in his articles. All duties are disclaimed. Scot works for a private investment firm, which may at any time invest in companies whose products are discussed in this blog, and no disclosure of securities transactions will be made.