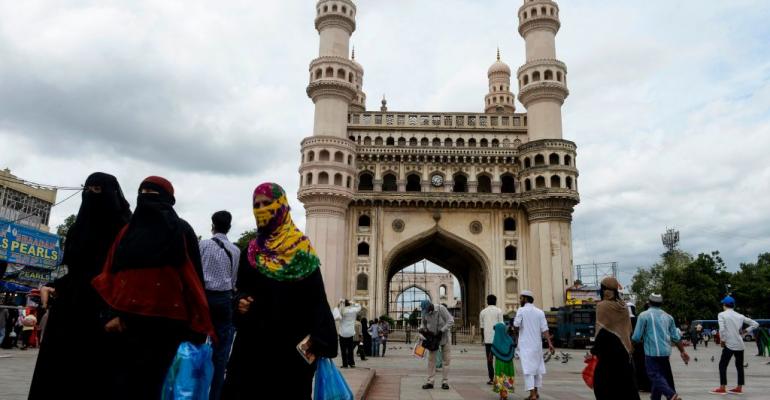 The Hyderabad region, expected to launch in 2022, will be an alternative to the existing Mumbai one.

The Hyderabad region, expected to come online in 2022, will consist of three availability zones, the company said. The New Indian Express reported the company's plans to build cloud data centers in the region in February.

Hyderabad is about 430 miles east of Mumbai, where the existing AWS region is, giving the platform an alternative location its customers can use for redundancy and to reduce latency for users located in the country’s east.

With 560 million internet subscribers, India is the world’s second-largest market for digital services, behind China, according to a McKinsey report published last year. It’s also one of the fastest-growing digital markets.

AWS’s announcement Friday included a list of Indian companies which, according to Amazon, were “moving their mission-critical workloads to AWS…” The list included Axis Bank, Bajaj Capital, Druva, Mahindra Electric, RBL Bank, Tata Sky, and others.

National Commodity and Derivatives Exchange e-Markets Limited (NeML) decided to migrate 50 applications to AWS following a fire at its data center in 2018, according to the announcement.

“We’ve experienced first-hand what it means to have our primary and disaster recovery workloads run on AWS Cloud and welcome the announcement of a second AWS Region in India,” Ravindra Shevade, NeML’s chief operations officer, said in a statement. “It will give us even greater options to build in redundancy, real-time availability, and security for our applications and data.”

AWS currently has nine infrastructure regions in Asia Pacific, including 26 availability zones. The cloud platform is available in 24 regions globally and has announced plans to build five more, in India, Indonesia, Japan, Spain, and Switzerland.