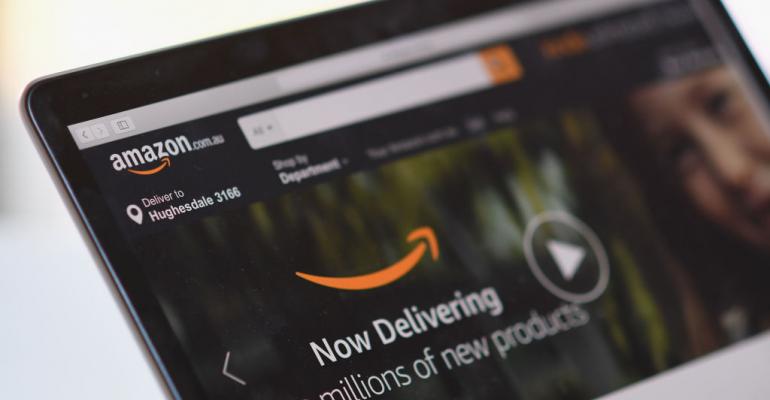 Amazon's big Prime Day sales promotion was disrupted by website glitches for many customers Monday • In addition to the shopping site, users reported glitchy Alexa and Prime Video connections • The cloud infrastructure service, Amazon Web Services, reported global problems with its Management Console • The company has not said publicly what caused the outage

Trouble on the site spiked just as the event began at 3 p.m. Eastern time Monday, but declined significantly within a couple of hours, according to Downdetector.com, which monitors web trouble. Shoppers were expected to spend $3.4 billion on Amazon during the promotion, up more than 40 percent from last year’s Prime Day, according to Coresight Research.

“Some customers are having difficulty shopping, and we’re working to resolve this issue quickly,” Amazon said Monday on Twitter, adding that “many are shopping successfully.” The company’s stock closed at $1,822.49, but slid about 1.5 percent in extended trading in New York.

The issues weren’t limited to shopping. Thousands of people reported losing connections with their Alexa digital assistants via Echo voice-activated speakers and having trouble streaming Prime Video, according to Downdetector. Amazon Web Services, the company’s cloud-computing division, reported global problems with its AWS Management Console, one of its tools. Thousands of big companies rely on AWS to run their websites.

Despite the litany of issues, Amazon said Tuesday that sales in the first 10 hours grew at a faster pace than during the same period of 2017’s event. It said it sold millions of devices that work on the Alexa voice-activated platform, with top-sellers including the Fire TV Stick streaming device and the Echo Dot speaker. Shoppers spent 54 percent more in the first four hours of this year’s event, which started at 3 p.m. Eastern, than in the first four hours of a year ago when the shopping bonanza began at 9 p.m., according to Feedvisor, which sells software to set prices in e-commerce.

Amazon itself hasn’t disclosed specifics, but Feedvisor’s estimates are based on results from its clients. The firm’s data indicates the glitches limited sales in only the first hour of the event, when sales were down 5 percent.

“I’m candidly shocked that they’re not prepared for the traffic,” Forrester analyst Sucharita Kodali said. “Unless this is way beyond their wildest expectations, it’s just odd.”

As of Monday afternoon, there were 4,670 social media posts about the Prime Day crash. Eighty percent of online sentiment about Prime Day conveyed anger or sadness, according to Crimson Hexagon, which monitors social-media feedback.

It wasn’t clear how widespread the tech glitches were, with users reporting different problems. Some people were seeing the “dogs of Amazon” notification that the website wasn’t working, while others said they could add items to their shopping carts, but the Prime Day discount price wasn’t reflected at checkout. For some, clicking on various promotions just brought the person back to the home page. And some shoppers reported not having any problems at all.

The problem is most likely a bug in a software update that should be fixed within hours, said Antony Edwards, chief technology officer at Eggplant, which monitors website performance. Amazon rarely has trouble handling high traffic volumes and its security is unlikely to be breached by a hacker, he said.

“Everything we see points to their content distribution network, which is how they get product images and videos around the world quickly,” Edwards said. “Someone has made a change and it’s not compatible.”

Shoppers found an outlet in venting on social media.

“Way to go, Amazon.com. People might actually buy prime day stuff if your site wouldn’t crash. Great planning. Can’t get the app to load at all,” Jessica Henning wrote on Amazon’s Facebook page.

Twitter lit up with screen shots of Amazon’s Prime Day failures, which featured photos of dogs and the words “sorry.”

Despite the bust out of the gate, the company said it sold more items in the first hour of Prime Day this year than in the first four hours of last year’s event. And Kodali said Amazon has plenty of time to salvage the day.

“I’m sure they are working furiously and many heads are rolling,” she said. “Even Sears has managed to salvage Black Friday crashes with much smaller teams.”