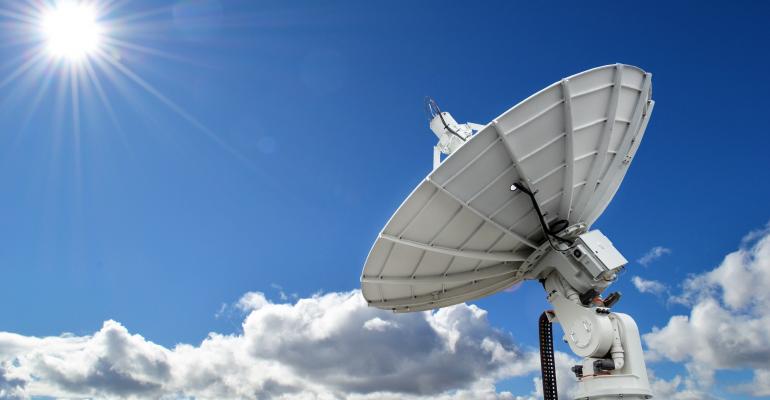 Amazon Web Services will offer a service it said will make it easier to download data from satellites and get it into the cloud • The service lets customers schedule time to use satellite ground stations to connect with satellites and send information to Amazon’s data centers • According to the company, it’s been too expensive and complicated for customers to build or rent ground stations and send data

Dina Bass (Bloomberg) -- Amazon.com Inc.’s cloud-computing unit will offer a service the company said will make it easier to download data from satellites and get it into the cloud.

The service, AWS Ground Station, lets customers schedule time to use satellite ground stations to connect with satellites and send information to Amazon’s data centers for analysis. It was a response to customers who told the company it’s too expensive and complicated to build or rent ground stations and send data somewhere for storing, analyzing and running machine-learning applications, Amazon Web Services Chief Executive Officer Andy Jassy said Tuesday at the company’s annual cloud conference in Las Vegas.

Amazon also said it will work with Lockheed Martin Corp.’s space unit on a network of low-cost ground antennas called Verge, which will coordinate with AWS Ground Station.

Amazon is highlighting new tools and features at the event, seeking to maintain its cloud-industry lead over Microsoft Corp. and Alphabet Inc.’s Google. Jassy is scheduled to give the keynote address Wednesday at the event, called re:Invent. The global public cloud market will grow to $278 billion in 2021, up from $176 billion this year, according to Gartner Inc.

Amazon got a head start in the market by providing cheap computing power and data storage, letting customers rent space in data centers accessed via the internet rather than maintaining their own servers. The idea initially appealed to startups that wanted to grow without big investments in hardware. The market has evolved into a race to provide new tools and services to help companies make better decisions using the data they collect, which has attracted more businesses and industries to shift functions to the cloud.

Amazon’s cloud unit now has top clients in almost every industry and it has built a network of data centers around the world. Amazon Web Services sales totaled a record $17.5 billion last year, providing one of the Seattle-based company's fastest-growing and most profitable revenue sources, and helping to subsidize other operations, including the bigger e-commerce business.