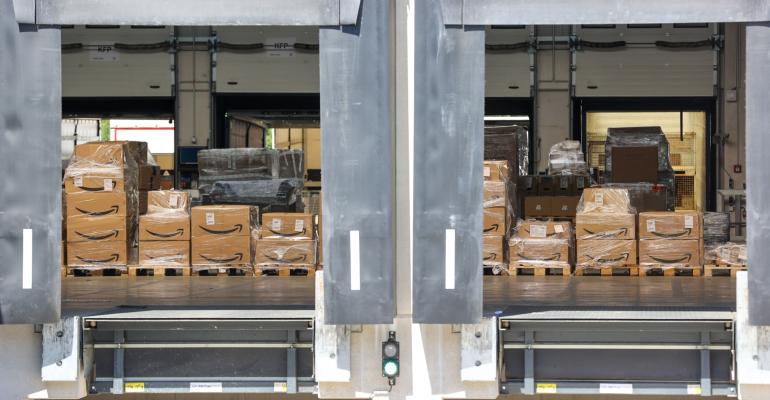 Amazon’s Africa Flagship Campus Gets the Go-Ahead From Court

A tribe that wanted to stop the development from encroaching on their lands couldn't prove harm. Battles about the location of Amazon's latest major campus on the African continent continue.

(Bloomberg) -- The construction of Amazon.com Inc.’s planned offices in Cape Town should be allowed to go ahead, according to a South African court, in a setback for the indigenous people attempting to stop the development.

The ruling from the Western Cape High Court said that those opposing the project could not “demonstrate that the right to heritage is at risk of suffering any harm,” while adding that the cultural value of the site is undisputed. “On the contrary, the papers indicated that the development might enhance the land’s resources having regard to the degraded state of the site when the authorizations were granted.”

Liesbeek Leisure Properties Trust is developing the site that Amazon was planning to use as a flagship office in Africa, consolidating its employees in the city and hosting new hires for its expanding operations. Amazon has been expanding on the continent by building data centers and opening additional offices in Johannesburg and Lagos.

Africa has a fast-growing, young and tech-savvy population that makes it an attractive market, though problems such as spotty internet and power access in many countries have historically limited growth. The numbers of skilled workers and the infrastructure in South Africa, the most developed economy on the continent, has made it an attractive destination for international tech companies looking to expand, including Alphabet Inc.’s Google and Microsoft Corp.

The current battles over Liesbeek site have resulted in a number of project delays for the developer and the company.

The judgment is a “major win for all Capetonians who stand to benefit from the 4.6 billion rand ($260 million) project,” Liesbeek Leisure Properties Trust said in a statement on Tuesday.  A representative for Amazon declined to comment.

The court also said that the original judgment in March -- where a judge ordered that the development stop while it reviewed whether first nations peoples were appropriately consulted -- was induced by fraud.

It said that the respondent misrepresented information relating to the Goringhaicona Khoi Khoin constitution, and did not have the authorization to start the proceedings that culminated in the original judgment. He further misrepresented the views of some indigenous leaders without consulting them, it said.

A representative for the tribe fighting the development didn’t have an immediate comment.

The judgment was awarded with costs for the appellants.