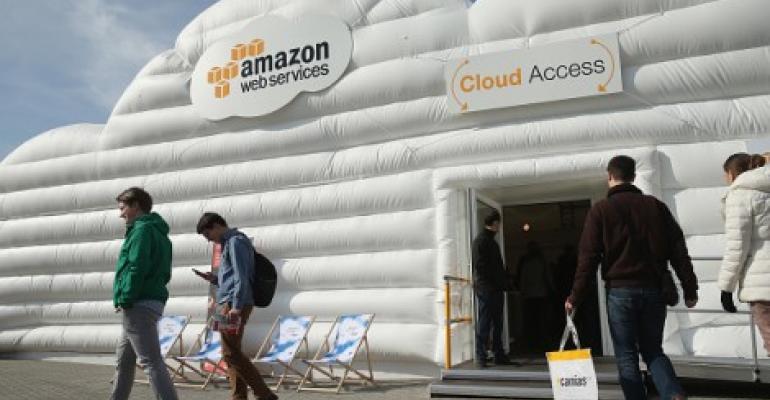 Microsoft and Google were first with machine-learning enhancements. Amazon makes strides with new hires and products.

Dina Bass (Bloomberg) -- Amazon.com Inc.'s cloud unit dominates the market for computing power delivered over the internet. But there's one area where it has lagged: artificial intelligence tools that let customers parse data, understand speech and recognize images without buying their own expensive machinery.

Amazon is playing catch-up because this market is likely to fuel growth in cloud computing – and right now Microsoft Corp. and Google are using it to pry customers from AWS. Sales of software for creating AI applications are forecast to rise about 40 percent through 2021 to more than $8 billion, according to research firm IDC. Growth for those products in the cloud will be even higher, said IDC analyst David Schubmehl, as companies turn to internet-based services to assemble and run increasingly complex programs that use the latest AI advances.

But for a company that boasts one of the most successful consumer AI gadgets -- Amazon’s Echo devices -- AI cloud services have been slow to arrive. Google and Microsoft have beaten AWS in rolling out early products and have natural advantages that stem from their large research labs stocked with AI experts and years of experience in the field. It’s an unusual position for AWS, which has a 5-to-1 lead in overall cloud market share over No. 2 Microsoft, according to Gartner Inc.

Amazon counters that it has plenty of edge, particularly in machine learning, where algorithms automatically parse and adapt to data.

"When the world was still trying to learn how to build websites in 1995, we were using machine learning to run recommendation engines," said Swami Sivasubramanian, vice president for AI at AWS, referring to Amazon's early foray into predicting which books customers want.

Since then, Amazon has used AI for its warehouse robots and its cashier-less supermarket concept called Amazon Go. There are thousands of people at the company working on machine learning for internal uses, Sivasubramanian said.

But in AI cloud services for other companies, the story has been different. Last year, AWS upped its game in this area, hiring machine-learning luminary Alex Smola and charging him with expanding staff and making these products more widely available and easy to use for AWS customers.

In recent months, the company hired Pietro Perona, a pioneer in the field of computer vision, as well as Stefano Soatto, who was one of Perona's students back in the 1990s and is now a well-known computer vision expert himself. Pilar Manchon, who built an AI language company that Intel Corp. acquired, joined last year, as did Hassan Sawaf, the former head of AI at EBay Inc.

A year ago, Amazon released several new AI services. Lex undersands speech and text; Polly mimics speech so apps can read out loud; and Rekognition tells you what’s in a picture.

Before those offerings appeared, Liberty Mutual was looking at rival products from companies like Microsoft to build a chatbot that lets employees ask questions about, say, benefits or what’s on the menu in the cafeteria, said Gillian McCann, who oversaw the project. Then AWS announced Lex, and Liberty Mutual switched to that, a move that let the company stay with its existing cloud provider.

“Given that they've only been doing this for 11 months, they're doing pretty darn well,” said IDC’s Schubmehl. “AI is now a key component of Amazon's arsenal.”

Amazon will launch more products this week at its Re:Invent cloud conference. A keynote on Wednesday is expected to show off new AI capabilities and a revamped data warehousing service, code-named Ironman, that ingests and prepares data so machine learning algorithms can be applied to information, according to technology news website The Information.

"I'm super-happy with the amount of progress that we've made," AWS’ Smola said in an interview. "Am I happy with where we are relative to where we should be? No. But you never are."

Besides selling new AI tools, AWS gets revenue when customers rent lots of processing power or storage to run the AI programs they construct. Amazon's position there, and the wide array of hardware the company offers customers for these tasks, is underappreciated, said Matt McIlwain, managing director at Seattle-based venture capital firm Madrona Venture Group. AI "is an area where they've been out-marketed," he said.

Financial and accounting software firm Intuit will rely on AWS to host its AI applications and will use the new tools for functions including answering customers’ questions about taxes and automatically detecting fraud, Intuit Chief Technology Officer Tayloe Stansbury said.

Language learning app Duolingo uses Polly to speak to users in the foreign language they're trying to master. The city of Virginia Beach uses AWS to run its StormSense app that predicts coastal flooding, and the Washington County Sheriff's Office uses Rekognition to identify persons of interest.

The technology has a way to go, Manchon said. "If you are expecting it to be almost like a human being, you might not get what you want," she said. But she predicts dramatic improvement over the next few years.

That AWS was able to attract Smola in the first place signifies a major change in the way it operates. Four years earlier, he turned down a job with Amazon because the company wouldn't let him publish his research. Now he publishes frequently and AWS contributes to open-source AI projects.

One thing that hasn’t changed is Amazon's focus on the customer rather than the kind of academic research Microsoft and Google do. Anyone working on a new AI project at Amazon must first write a Frequently-Asked-Questions memo and a press release for the final product. That means nothing gets built that isn't directly intended to meet a customer need. The approach is appealing to some of the scientists Amazon has recruited, like Soatto and Smola, because it's different from what they're used to in academia.