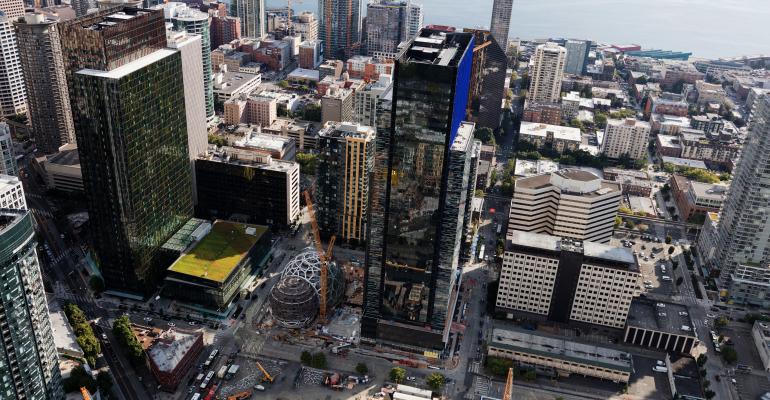 Amazon Web Services Chief Executive Officer Andy Jassy announced more than 20 new functions Wednesday at the company’s annual event expected to draw 40,000 people this week to Las Vegas. The machine learning capabilities are intended to make the technology more accessible to developers who don’t have the time or resources to experiment with it on their own.

AWS has top customers in every industry, but Microsoft and Alphabet’s Google are using their experience in artificial intelligence and machine learning to go after some of Amazon’s market share. While customers are interested in machine learning, many lack the resources and expertise that the cloud companies can provide.

The products introduced Wednesday further the evolution of AWS from its origins. Cloud-computing began as a way to cheaply gain computing power and data storage, letting customers rent space in data centers accessed via the internet rather than maintaining their own servers. The industry has turned into a race to provide customers tools and functions to use that data in new ways. Those tools are helping speed the transition to the cloud, since companies that don’t have access to them will be at a competitive disadvantage, Jassy said.

“We are in a transition stage right now,” he said. “Relatively few companies will own their own data centers, and those who do will have significantly smaller footprints. That means all of that data is moving to the cloud.”

Amazon introduced SageMaker, which provides popular tools for helping developers write, tune and deploy algorithms for tasks such as parsing data or recognizing images and speech. Amazon also showed off AWS DeepLens, a $249 device to help developers understand and experiment with machine learning. In a demonstration, the camera recognized a smile to be a positive reaction to a music album cover and a frown to be a negative reaction, enabling it to fine tune a customized playlist for the user. It can also program a garage door to open when the camera recognizes a license plate number. The device, which is intended to inspire developers to experiment with machine learning, also gives Amazon a look into how image- recognition technology is being used.

Amazon Web Services, which Jassy has run since its inception 11 years ago, brought in a record $12.2 billion in revenue last year. AWS has data centers around the world that provide computing power for many large companies, such as Netflix Inc. and Capital One Financial Corp. Profits from Amazon’s cloud division help subsidize its other operations, including the bigger e-commerce business.

Amazon uses the cloud event to assert its dominance in the industry, highlighting its broad depth of services like artificial intelligence, image recognition and incorporating its voice-activated Alexa platform into software and devices. The cloud computing market will grow to $89 billion in 2021, up from $35 billion today, according to technology research firm Gartner Inc.