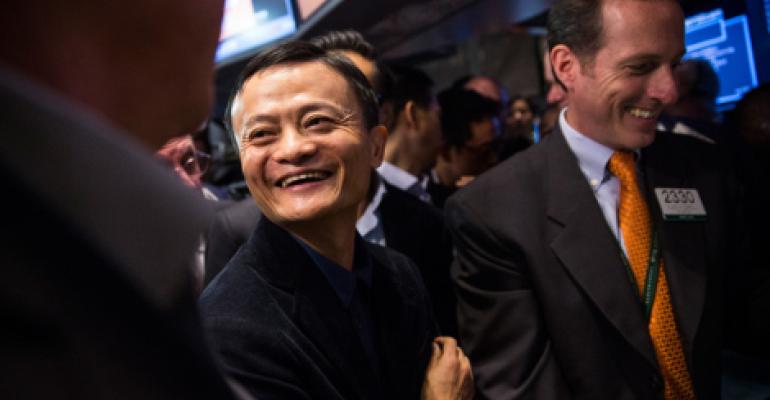 Alibaba, Tencent Hope to Show Comeback in Earnings After Sell-Off

In the three months of brutal selloff, spurred by the trade war, China's two largest companies lost a combined $140 billion in market value.

Lulu Yilun Chen and Zheping Huang (Bloomberg) -- China’s two largest companies have lost a combined $140 billion in market value since the escalation of the trade war in May. As Alibaba Group Holding Ltd. and Tencent Holdings Ltd. report earnings this week back-to-back, they’ll try to show the punishment is overdone.

Yet Alibaba and Tencent’s businesses are largely domestic, having little to do with the U.S. or trade. Tencent is back on track after a horrendous 2018, with revenue growth projected to rebound to 27% in the June quarter thanks to hits like Peacekeeper Elite and durable titles like Honour of Kings. Alibaba, coming off a record June online promotional blitz, is expected to report revenue growth of 38%.

Alibaba, in particular, needs a strong quarter when it reports on Thursday. The e-commerce giant is weighing a secondary listing in Hong Kong that could raise as much as $20 billion, though the target is in flux. Shares are down by about 12% over the last year, while its price to earnings ratio, based on financial estimates for the next 12 months, is about 24, compared with Amazon’s roughly 70.

Raising capital could help replenish ammunition for the e-commerce giant, currently engaged in a cash burning battle for on-demand and food delivery services with Meituan. It’s one of the areas where Alibaba is struggling. Alibaba’s Ele.me’s market share may have lost another 2 percentage points in food delivery to 36% in the second quarter compared with three months ago, according to David Dai, a Hong Kong-based Bernstein analyst.

The worst seems to be behind for Tencent, which reports on Wednesday. After a year of not being able to monetize its most popular gaming genre, the social media giant has finally won regulatory approval to make money from its latest title, Peacekeeper Elite. The new battle royale game, where players engage in a fight to the death, has been toned down in violence to appease government concerns.

Tencent’s July game sales surged 27% on the release of Dragon Raja and KartRider Rush Plus. Sales also gained from the continued strong performance of Peacekeeper Elite and Honour of Kings.

Apart from gaming, Tencent is expanding its services on WeChat -- the instant messaging app with 1 billion users. It is attracting more users to its mini programs, lite apps that allow users access to services from other companies, including ride-hailing, food delivery, bike sharing and ordering food at restaurants.

The company is fending off ByteDance Inc., parent of the popular short video services Douyin and TikTok. Tencent had six out of the top 10 apps in China in terms of time spent in June, according to research by QuestMobile and Nomura. Tencent’s WeChat alone accounted for 20% time spent share among Chinese mobile users and its QQ was next with 6.1%, followed by Douyin at 5.8%.

“Investors have some concerns about macro conditions and trade war, but if you look long term, the fundamentals are more stable,” said Liu.