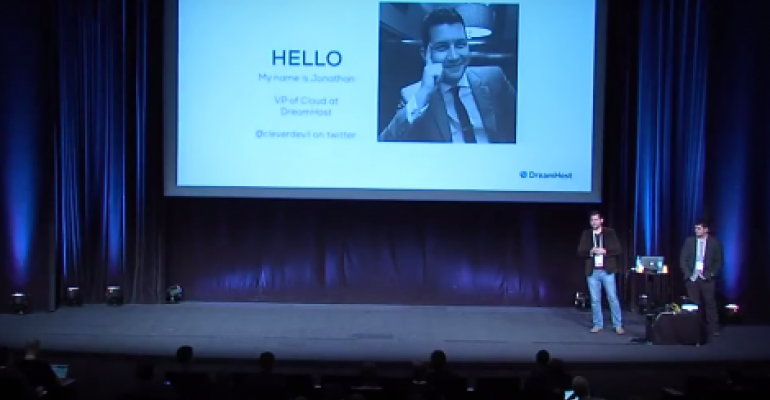 The company’s orchestration software is designed to function as the centralized management layer for all OpenStack-related networking decisions, including managing routing, load balancing, firewall and more

Looking to provide a layer of network virtualization that is not tied to any Layer-2 switching environment, Akanda this week released version 1.0 of its namesake network orchestration software designed for environments running the OpenStack cloud management framework.

At the same time, Akanda and Cumulus Networks revealed they have formed an alliance through which the two companies will advance the adoption of bare-metal switches inside the data center.

Among the first Akanda customers is DreamHost, a cloud service provider that has already deployed Akanda in a production environment. Akanda's open source network virtualization project was initially developed within DreamHost in 2012 and spun off into a separate entity in October 2014.

The core components of Akanda are Akanda Rug, an orchestration service for managing the creation, configuration and monitoring the health of Akanda Software Routers in an OpenStack cloud, and Akanda Appliance, which is a Linux-based virtual machine that provides routing and Layer 3 and above services in a virtualized network environment. This includes a REST API for managing the appliance via the Akanda Rug orchestration service.

Collectively, Akanda reduces OpenStack complexity by replacing many of the agents that OpenStack Neutron API relies on to communicate with a single control point for all networking services.

“Unless you can run your software on top of existing Layer-2 infrastructure you’re really only talking about deploying SDN in green field opportunities,” says Rosendahl. “There are not many of those.”

While not many organizations are replacing proprietary networks with open networking alternatives wholesale just yet, Rosendahl nevertheless says interest is running high. IT organizations have taken note of the discrepancy of what it costs then to deploy a virtual machine versus a cloud service provider, says Rosendahl. While they may never be able to completely close that gap, Rosenthal says shifting to open networking technologies is one way to close that gap.

Like many of the companies that have embraced open networking, Akanda is betting that that open source first mantra that many IT organizations have in place for software will soon be extended to network infrastructure. The degree to which that occurs inside various data centers over the next several years will vary greatly. But as is often the case when it comes to being caught between being able to scale an environment and the cost of proprietary technologies required to do that, IT organizations appear to be increasingly voting with their feet for open source technologies.