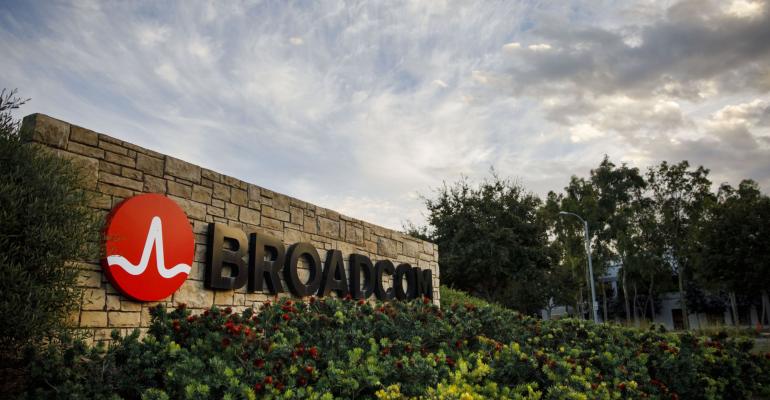 Broadcom takes its next step in finalizing the multi-billion-dollar deal to take over VMware.

(Bloomberg) -- Broadcom Inc.’s proposed $61 billion takeover of cloud-computing company VMware Inc. was notified to the European Union for antitrust approval, in a step necessary to seal one of the largest technology deals in history.

After months of preliminary discussions with the EU’s merger watchdog, Broadcom formally sought approval for the purchase on Tuesday. Regulators set a Dec. 20 deadline to clear it or open an in-depth review that could drag out the process by about 90 more working days.

“We are confident that this deal does not present any competition issues and look forward to working with the European Commission throughout this process,” Broadcom said, adding that it expects the tie-up to be completed in its fiscal year 2023.

The transaction marks the biggest-ever takeover for a semiconductor maker and extends an acquisition spree for Broadcom Chief Executive Officer Hock Tan, who has built one of the largest and most diversified companies in the industry. VMware bolsters Broadcom’s software offerings -- a key part of Tan’s strategy in recent years. He acquired corporate-software maker CA Technologies in 2018 and Symantec Corp.’s enterprise security business in 2019.

“They are more likely than not to get an in-depth review by the European Commission, though I think the deal will likely be able to get done,” Bloomberg Intelligence analyst Jennifer Rie said ahead of the notification.

She said there may be concerns that the deal gives Broadcom greater power to leverage its portfolio of products and demand desirable terms or exclusivity with customers and disadvantage rivals by bundling products or services.

Such concerns could trigger an extended EU review and may call for behavioral remedies from the companies.

The commission “still seems willing to accept this kind of concessions these days, though the US is less amenable to settlements that include only behavioral, rather than structural conditions,” said Rie.