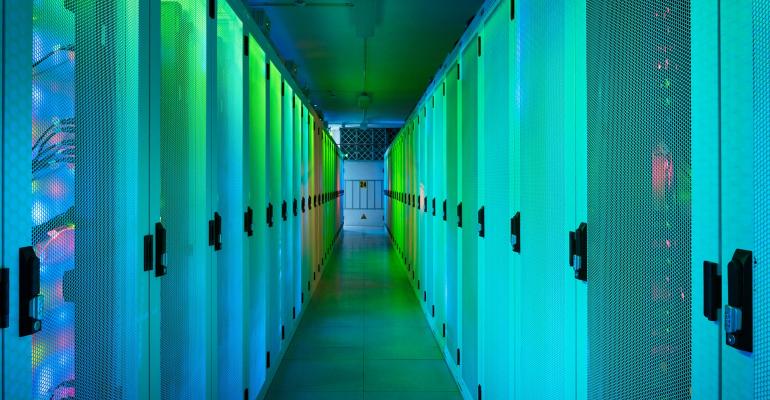 Will Hydrogen Power the Data Center of the Future?

It's time to recognize hydrogen's potential as a viable alternative to fossil fuels in terms of cost and efficiency — and because it can drastically reduce greenhouse gases.

It's no secret that the modern data center is dependent on a reliable supply of electricity. From the physical systems that keep it cool to nearly every component of an IT infrastructure, electricity is the fuel of business IT, which has made protecting that resource an imperative for data center operators since day one.

In the United States, we've been able to trust the reliability of our electrical services via the nationwide grid, but even that's starting to come under scrutiny as the electrical infrastructure ages, demand grows, and even cyberthreats add to the existing challenges of delivering reliable electricity. On top of that, there is an increased push to reduce greenhouse gases across all aspects of energy usage. Unfortunately, according to the EPA's calculations, electricity generation is the second-largest contributor to greenhouse gas (GHG), accounting for 25% of the total GHG in the U.S. alone, according to a 2020 study.

Fortunately, there are other alternatives to electricity, including such green choices as hydroelectric, solar, wind, and geothermal generation. The use of these alternatives has been slowly growing for decades, but it's likely that most data center operators only have a handful of traditional, hydrocarbon-based options for electrical utility services, especially since nuclear power generation is being phased out in the United States. And though the ecological efficiency of local utilities isn't the responsibility of data center operators, their backup power systems are, and the growing worldwide focus on green energy will eventually spread to cover the power backup systems of data centers — that is, if they haven't already.

This opens the door for hydrogen to not only power backup systems but also potentially replace fossil fuels to power the data center of the future.

Staying Up When the Grid Is Down

Emergency power is a must for data center operators, and for decades they have addressed this need through a well-understood ecosystem of standby diesel generators, massive banks of batteries, and intelligent uninterruptible power supply (UPS) systems that come online automatically when normal utility power is lost. A full data center UPS system is designed to respond instantaneously at the onset of an outage, as well as protect the infrastructure from damaging power variables such as line noise, voltage fluctuations, harmonic distortion, EMI/RFI interference, and surge protection, as well as for charging and converting battery-supplied DC voltage to supply the missing AC main power as needed and switching back to utility power when it returns.

UPS battery backup systems are typically sized to provide sufficient on-demand power to run for the 20 to 30 minutes needed to enable an orderly shutdown, to transfer workloads to failover sites, or to transition to a backup generator power for longer periods of time. Modern cloud-scale data centers that can contain anywhere from 80,000 and 100,000 servers can also consume multiple megawatts of electricity when running at capacity, making secondary generators a necessity for weathering longer outages that can sometimes last days or weeks.

It's these predominantly diesel generator systems that contribute the majority of greenhouse gases from backup energy, and burning diesel fuel produces substantial amounts of carbon dioxide (CO2), carbon monoxide (CO), nitrogen oxides (NOx), and hydrocarbons (HC) as well as a healthy dose of soot and other hazardous pollutants. Gas turbine options are also available that burn natural gas or propane, but these fuels still generate GHG in substantial quantities.

Hydrogen as a Green Option for Greenhouse Gas Reduction

NASA has been using hydrogen to power the exploration of space since the 1940s. Beginning with the Gemini missions, continuing through the Space Shuttle era, and including Boeing's modern Delta III and Delta IV rockets, the upper booster stages are all based on liquid hydrogen/liquid oxygen fuel systems that generate the highest specific impulse efficiency of any fuel. Moreover, hydrogen fuel cells have supplied the majority of electrical power for nearly every manned space venture since the mid '60s.

On the ground, however, there hasn't been much success in utilizing hydrogen as a replacement for petroleum for internal combustion engines, despite a lot of time and effort put into this endeavor, due in part to the higher flammability of hydrogen, causing preignition in traditional engines, not to mention its total unsuitability for compression-ignition diesel engines. Even when there was some success in getting a hydrogen-fueled engine to run, burning hydrogen along with normal air still produced many of the greenhouse gases that the green initiatives are looking to avoid. Research is underway, however,  to combine natural gas with up to 30% nitrogen to at least reduce GHG emissions.

On the other hand, the combination of fuel cell technology and hydrogen may prove to be the ideal model for producing green electricity with close to zero GHG production. The beauty of fuel cells is that hydrogen and oxygen go in, and electricity and water vapor come out; in fact, the water produced by the fuel cells in the Apollo spacecraft was clean enough to drink. A reversable fuel cell model can generate power as needed using hydrogen and oxygen, but when they're not needed to generate power, they can extract and store energy in the form of hydrogen. It's hard to get much greener than that.

Fuel cell systems fueled by hydrogen, alcohol, or methane are proving to be as reliable as any other electricity generation system, and the absence of any moving parts can substantially reduce maintenance costs due to wear and tear. One minor drawback to hydrogen fuel cell power is that the directly generated electricity is DC, while the vast majority of data center infrastructure runs on AC power. This isn't a major concern because it's the same proven inverter technology used by battery-based backup systems, but it does create a minor 5-6% reduction on the efficiency of the system at full power.

A gas turbine is another way to use hydrogen to generate electricity. The current king of the hill is the General Electric 7HA.03, which produces 430MW of power by itself and can go as high as 640MW at 61% efficiency. For the highest GHG reduction, it can run on a fuel mix of up to 50% hydrogen — with the goal of attaining 100% hydrogen in the near future. Even fueled by natural gas in a test scenario where the GE 7HA.01 burned through 3.3 tons of air/natural gas mix, the test only generated an estimated 6.2 fluid ounces of pollution.

What adds to the relative efficiency of a gas turbine generator is the fact that it generates AC power, which eliminates the need for an inverter system. Modern turbines can be spun up to full load in less than 20 minutes and turned down to under 30% of its rated capacity while staying within emissions standards, an important factor when it comes to balancing with demand fluctuations throughout the day.

After many decades of research and experimentation, we may finally be getting to the tipping point where hydrogen becomes a viable alternative to fossil fuels in terms of cost, availability, efficiency, and — perhaps most importantly — GHG reductions. The weighting of these concerns has evolved over the years along with the makeup of business IT, but the increasingly large demand for IT services will only grow, which means data center operators will soon need gigawatts of on-demand backup power.

At this point, hydrogen has a way to go when it comes to the economics of backup power and powering the data center of the future, but the potential for massive reductions in GHG through the use of hydrogen fuel cells or turbines will become even more important as nations continue to crack down on GHG emissions. Fortunately, major initiatives are underway that will help tip the scales for hydrogen, one of the largest being the nationwide Energy Earthshots program from the U.S. Department of Energy that focuses on the R&D needed to develop clean energy. The first Earthshot — the Hydrogen Shot, which was launched in June 2021 — has a public goal of reducing the cost of clean hydrogen by 80% to $1 per kilogram in one decade. This "111" mission will hopefully kick-start the development of the rest of a viable hydrogen generation, storage, and transportation ecosystem that doesn't exist to date, as well as identify new use cases based on highly available, low-cost, green hydrogen supply.

There is also a lot of independent research underway to mitigate other hydrogen challenges, such as the reversable fuel cells mentioned above that can generate electricity when needed and revert to electrolysis for storing excess energy when power demand drops, and the further development of high-temperature electrolysis that can use waste heat from geothermal, solar, and even nuclear reactors to substantially improve hydrogen yield from water.

Research is also underway to find new alloys that can be as efficient as the precious metals currently being used for catalysts in high-volume electrolysis processes, as well as new and/or more efficient polymers to serve as the electrolyte in proton exchange membrane (PEM) fuel cells. Added to this is the potential for using the deep cold of the liquid natural gas regasification process to prechill hydrogen for its own gasification, and perhaps my personal favorite is the research into a desalination fuel cell that has the potential to concurrently produce electricity, an acid, a base, and fresh water directly from seawater. Just think of how much such an invention would improve the living conditions of a large percentage of developing nations.

The world's dependence on fossil fuels cannot go on forever, with some estimates saying we have fewer than 50 years left before we exhaust many of the world's petroleum reserves. With the development of viable alternative fuels such as hydrogen, we can move beyond outdated technology, improve the state of our environment, and perhaps ultimately free ourselves from the stranglehold that the petroleum industry has on much of the worldwide energy supply. We have to evolve, and embracing hydrogen for the data center of the future is one of the ways to make that happen.