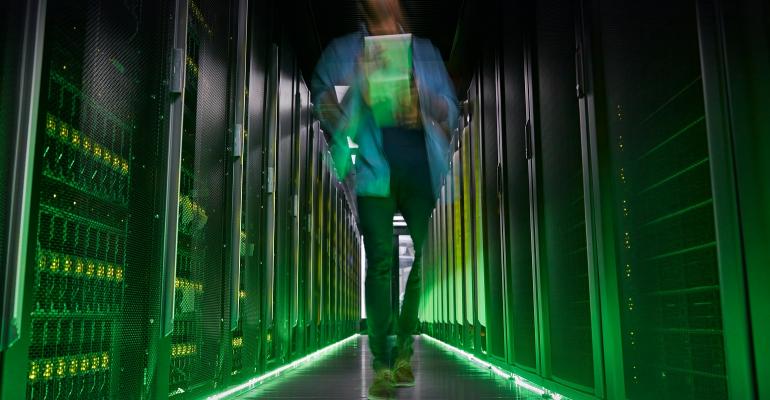 Hydrogen has the potential to be the clean energy source we need to power our data centers. Here's a deep-dive into how that can happen.

The most common element in the universe, hydrogen is also the lightest and simplest, with only one proton and one electron. It is colorless, odorless, tasteless, and non-toxic, but is also highly combustible — so much so that it fuels all the stars in the known universe. Our own sun converts 600 million tons of hydrogen per second into helium in a fusion reaction, and what's left over from that process lights the solar fire that makes life on Earth possible. It's pretty useful stuff, but when it comes to harnessing hydrogen for our energy needs, including powering our data centers, which are consuming more and more energy, there are challenges.

In spite of accounting for about 75% of all matter in the known universe, hydrogen makes up only approximately 0.000055% of our atmosphere; instead, hydrogen is part of literally millions of other compounds. Perhaps the most common combination of hydrogen on Earth is with oxygen in the form of water, a resource that's reasonably abundant and easy to harvest on our planet.

When it comes to an energy option, hydrogen is a good news/bad news story. The good news is that it's everywhere. However, it needs to be extracted from its current form, which requires equipment and energy. The electrolysis of water can be a very green process, but efficiency can be dependent on the use of precious metal catalysts such as platinum or iridium.

Hydrogen is most commonly consumed as a gas, but because of its low natural density it requires substantial compression — anywhere from 3,000 to 10,000 PSI — to provide enough gas to fuel sufficient run times. Hydrogen gas is non-toxic and non-corrosive, but hydrogen atoms are so small that they can permeate most metals, causing hydrogen embrittlement that requires careful consideration for the design of storage systems that you don't want to explode.

And hydrogen can be liquified to the highest ratio of all gases at 848:1, but liquid hydrogen needs to be maintained at a temperature below -423°F under pressure to prevent it from boiling off. It sounds complex, but so is refining petroleum.

While hydrogen seems to be the ideal green energy source, the production of it remains a somewhat complex process that involves separating pure hydrogen from its molecular counterparts. Perhaps the most well-known is electrolysis, a process that uses electricity to pull water molecules apart to form their original pure hydrogen and oxygen counterparts. This was first demonstrated 222 years ago by several scientist teams using crude battery technology, which certainly raises the question, Why hasn't hydrogen as a fuel become more commonplace by now? In some contexts it has, but hydrogen has also been a bit of a problem child when it comes to the economics of building out a hydrogen-based ecosystem.

There are a number of ways to separate hydrogen from other compounds, with the majority of them creating what's known as "gray" hydrogen — or hydrogen that's a result of other industrial processes that still create greenhouse gas (GHG) — or "blue" hydrogen — where about 70% of that CO2 is captured and "sequestered" underground rather than released into the atmosphere.

The most common model for industrial hydrogen generation comes from the process of steam methane reforming (SMR) natural gas. Like other hydrocarbon-based processes, this is an expedient, but not particularly ecologically minded, process that turns 2.2 tons of methane, 4.9 tons of water, and 5.7 megawatt hours of electricity into 1.1 tons of hydrogen and 6.0 tons of CO2. In comparison, an electrolytic process based on the increasingly popular proton exchange membrane (PEM) model consumes only water and electricity and produces pure hydrogen and oxygen and becomes even more green if the electricity required is produced from green sources. Unfortunately, only about 5% of hydrogen generation today comes from electrolysis. 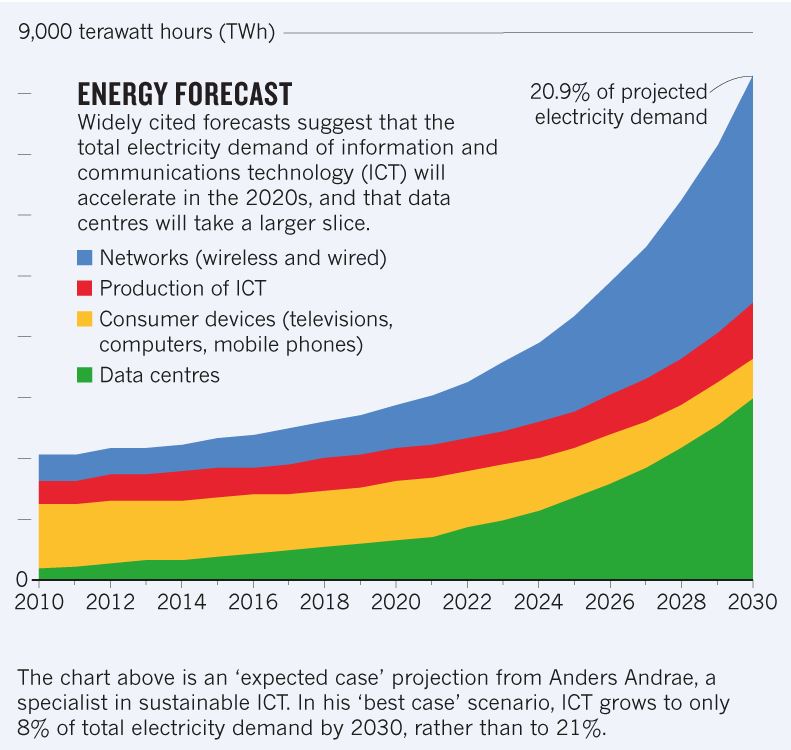 The Green Power of Fuel Cells

The combination of fuel cell technology and hydrogen may prove to be the ideal model for producing green electricity with close to zero GHG production.

While many may think fuel cells are a recent technology, the first electrochemical fuel cell was invented in 1838 by Sir William Grove, and Francis Thomas Bacon's hydrogen-oxygen-alkaline fuel cell design in 1932 has powered the majority of NASA's spacecraft. Fuel cells are fundamentally the same as any other redox battery design, except that they're designed to operate continuously, as long as the fuel holds out. The real beauty of fuel cells is that hydrogen and oxygen go in, and electricity and water vapor come out; in fact, the water produced by the fuel cells in the Apollo spacecraft was clean enough to drink.

Today, there are range of fuel cells available that serve a number of purposes and operate using a variety of different fuels. Options range from high temperature fuel cells like molten carbonate and solid oxide fuel cells that operate at temperatures over 1,000°F, to midrange phosphoric acid or alkaline fuel cells. But the greatest interest is focused on proton exchange membrane (PEM) fuel cells, also known as polymer electrolyte membrane fuel cells. The beauty of using a reversable fuel cell model for green energy is that they can be used to generate power as needed using hydrogen and oxygen, but when they're not needed to generate power, they can extract and store energy in the form of hydrogen. It's hard to get much greener than that.

A gas turbine is another way to use hydrogen to generate electricity. For decades, gas turbine generator (GTG) technology has also been available that traditionally runs on various forms of methane. The focus on hydrogen is fairly recent. There are more than a dozen manufacturers of GTG systems around the world offering products that compete with diesel generators in the range of 5MW to 18MW, though the current king of the hill is the General Electric 7HA.03, which produces 430MW of power by itself and can go as high as 640MW at 61% efficiency in a combined cycle mode when paired with an exhaust heat recapture system and complementary steam turbine generator.

Perhaps more interesting is the fact that the GE turbine isn't a picky eater and can burn shale gas, liquid natural gas, high ethane, diesel fuel, and crude oils. But for the highest GHG reduction, it can run on a fuel mix of up to 50% hydrogen — with the goal of attaining 100% hydrogen in the near future. Even fueled by natural gas in a test scenario where the GE 7HA.01 burned through 3.3 tons of air/natural gas mix, the test only generated an estimated 6.2 fluid ounces of pollution.

What adds to the relative efficiency of a gas turbine generator is the fact that it generates AC power, which eliminates the need for an inverter system. Modern turbines can be spun up to full load in less than 20 minutes and turned down to under 30% of its rated capacity while staying within emissions standards, an important factor when it comes to balancing with demand fluctuations throughout the day.

Advances such as these are moving hydrogen closer to being a much cleaner alternative source of energy to not only not only power data center backup systems but also potentially replace fossil fuels to power the data center of the future. 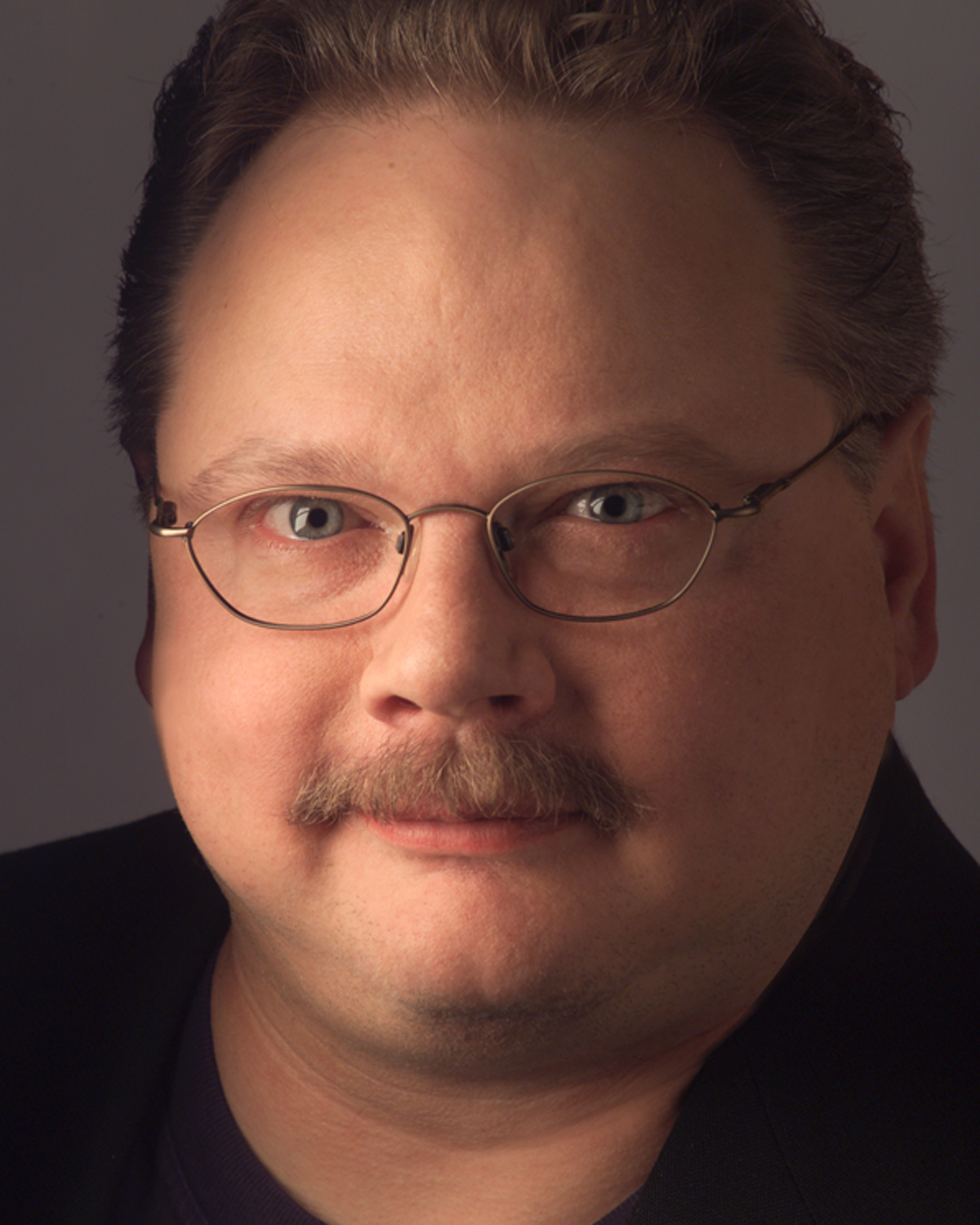 Steven Hill is an independent analyst, writer and speaker that has been covering new and emerging technologies in data center infrastructure for nearly twenty years. In the past he has served as a Senior Analyst at 451 Research covering Applied Infrastructure and Storage Technologies, prior to that as a Senior Analyst of Data Center Solutions at Current Analysis and as the Editor for Storage and Servers at Network Computing Magazine.
1 comment
Hide comments
Recommended Reading