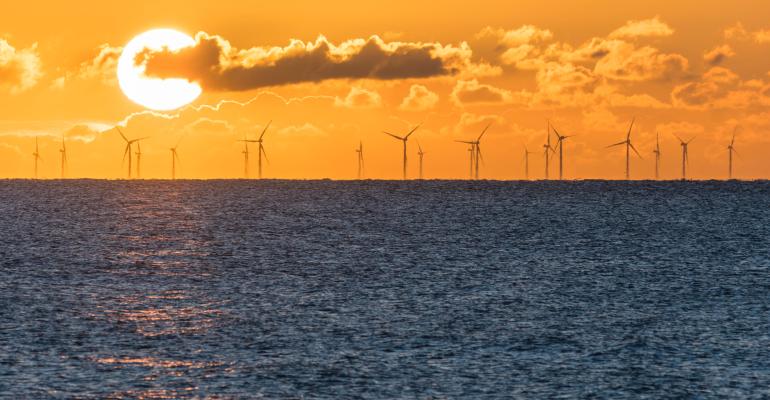 Good news: Several components of the Inflation Reduction Act (IRA) could not only improve data center sustainability but help save you and your fellow data center operators money directly and indirectly through tax credits.

Cash for reducing and capturing carbon emissions is now real for data centers wishing to invest in the necessary equipment.

More time to plan your renewable energy efforts while hyperscalers, such as Microsoft and Facebook, test concepts such as the self-powered data center, leading to an elimination of friction with energy supply and more control over energy production. This, in turn, leads to more flexibility when scaling out your data center operations.

The IRA revamped a portion of the tax code in the U.S., offering significant advantages for section 45Q of the Internal Revenue Code (IRC). In short:

Credit sales provision allows for data centers that invest in equipment that reduces and/or sequesters carbon to essentially sell their credits to other organizations for cash.

Careful, you’ll want to be sure the carbon reducing or sequestering equipment you purchase is put into service on or after December 31, 2022 if you want to gain access to these, and all other, benefits under section 45Q.

- lower thresholds for accessing the tax credits. Now, if your data center uses direct capture technology to capture at least 1,000 metric tons of carbon, your facility qualifies for the 45Q tax credit (down from a whopping 100,000 metric tons under the former tax structure).

There are several other provisions and the tax law firm Jones Day has a comprehensive rundown here.

Microsoft Tests Decarbonization So You Don’t Have To

Microsoft, for example – which pledged to spend $1 billion on a climate investment fund – signed a 10-year contract with Climeworks on carbon sequestration, but neither company would comment.

In addition, more than 160 data center operators, including AWS, Google, and Microsoft, have formed Infrastructure Masons (iMasons), committed to driving the reduction of carbon within digital infrastructure. “Carbon capture technologies have been so economically challenging to accelerate,” said Jeff Omelchuck, executive director. “This could make a big difference.” While data centers could fund such projects, they likely would happen at power production sites rather than at data centers themselves, he said.

While a McKinsey & Co. study found end-user devices were actually a bigger emitter of carbon than data centers, in eastern Oregon, data centers largely operated by Amazon are said to be responsible for a 543% increase in carbon emissions per megawatt hour since 2010 at Umatilla Electric. The utility told the Seattle Times its power mix is so much dirtier because electricity demand is now much higher than its federal allocation of clean hydropower.

“This historic climate legislation will help the country tackle that challenge, build energy resilience and power the industries of tomorrow,” wrote Kate Brandt, Google’s chief sustainability officer, in a blog post reiterating its clean energy goals, though she stopped short of describing specifically how the IRA could help.

Similarly, "We are still evaluating the aspects of this bill and how it will apply to Microsoft's data centers,” said a company spokesperson in an email message.

No Sun, No Wind, No Problem - with Battery Storage of Renewable Energy

Specifics of the tax credits are complicated, said Stanish, but they could make the difference for organizations that previously didn’t care about clean energy or hadn’t thought about it much, she said. “What this is going to do is create incentives for people creating renewable energy so more people can start getting involved and capacity is built out more globally,” she said.

Aside from saving money, increased renewable energy production could improve carbon intensities in parts of the United States, according to the June 2022 Cirrus Nexus report, The Cleanest Data Center Regions. “The Midwest was persistently dirty because its top two sources of energy production were coal (39%) and natural gas (36%),” the report found, compared with largely hydro power in the Northwest and solar power in California.

The IRA also includes tax credits for battery projects, which could solve the age-old problem of what to do when the sun doesn’t shine and the wind doesn’t blow, as well as providing a more sustainable backup power solution for data centers than diesel generators, said Chris Noble, Cirrus Nexus CEO. “The IRA is expected to result in the construction of 2,300 grid-scale battery plants by 2030,” he said. “This will help reduce carbon emissions by storing renewable energy during peak production.”

One avenue that could benefit data center operators directly is generating their own renewable energy, such as by solar or wind facilities on-site, primarily by hyperscalers, Stanish said. “For a lot of organizations that aren’t that big and under public scrutiny, they don’t have as much incentive, and it’s a massive investment,” she said.

For example, in Idaho – where Meta announced a data center earlier this year, its first in the state – electric utility Idaho Power filed a proposal with the public utilities commission in December 2021 to let customers generate clean power and integrate it into the grid, including by constructing facilities.

Because that’s still pending, “It’s too soon to say whether it will, if implemented in its current or modified form, generate increased interest from data centers – or others – who are interested in developing renewable resources to offset their energy use,” said Brad Bowlin, Idaho Power’s communications specialist, though he noted the company was building a 40-MW solar project in partnership with chip manufacturer Micron. A representative from Meta declined to comment on this project.