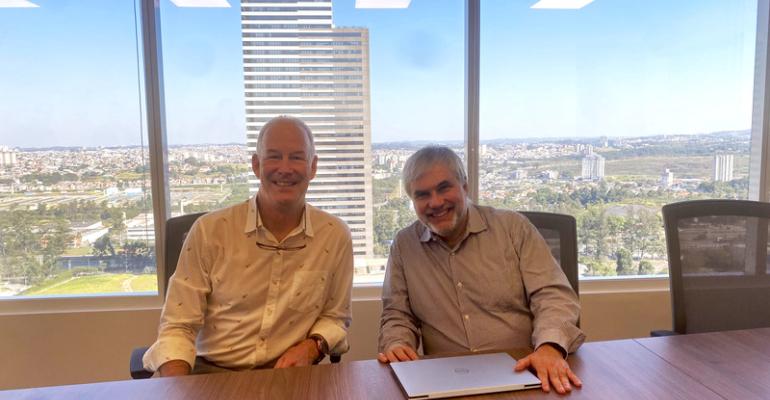 iMasons Expands Into LATAM, Building Momentum for Climate Accord

More than 160 data centers and related companies have now signed on to the iMasons Climate Accord, signaling a sea change in the industry.

he momentum around measuring the environmental impact of data centers is growing, making it easier for data center operators to understand each location’s carbon footprint.

At the forefront of this movement is data center industry organization Infrastructure Masons (iMasons), which has recently expanded into South America with Brazil-based data center firm Scala signing on to the iMasons Climate Accord (ICA).

The ICA seeks to create an open standard for measurement of global energy consumption by digital infrastructure.

When iMasons first announced the ICA in April 2022, hyperscalers AWS, Google, and Microsoft and global colocation providers Cyxtera, CyrusOne, Digital Realty were among the 73 organizations to commit to driving the reduction of carbon within digital infrastructure.

Data Centers of All Sizes Seek to Lower Carbon Emissions

Today, the number of companies that have signed the Climate Accord is at 168, said Jeff Omelchuck, executive director at Infrastructure Masons.

"Day by day, we see more and more focus within global industry on limiting greenhouse gas emissions," he said. "The public sentiment is largely swayed to support that and see that as an important element of brand credibility and brand value."

"The hyperscalers have done more than most to popularize their greenhouse gas emissions targets," said Omelchuck. "Almost more than any other companies have. They are true leaders and they do factor in low-carbon sources into their purchasing decisions."

That's the case for Scala Data Centers, a Brazil-based firm that signed on to the iMasons Climate Accord in May.

The company, which launched two and half years ago, is focused on serving the hyperscale market, said Christiana Weisshuhn,  chief of staff and ESG program director at Scala Data Centers.

And Scala uses 100% renewable energy, she said. "Sustainability is a non-negotiable principle at Scala."

That doesn't mean that the data center is completely carbon neutral, since there are still buildings and equipment and other aspects to running a data center that involve carbon emissions in their manufacture.

"But we have offset our remaining carbon emissions," Weisshuhn said. That's done by buying carbon credits, she said, being careful to invest in reforestation efforts that also support local communities.

When Scala builds new data centers, sustainability is a top priority then. As a result, Scala can factor in power and  water efficiency goals right from the start, she said.
Momentum for Sustainability Fueled by Customer Requests
All these efforts aren't just for marketing, she said. Customers directly benefit from Scala's environmental efforts.

"A few years ago it was not a mandatory requirement, it was just a nice-to-have, to have a supplier that uses 100% renewable energy," Weisshuhn said. "But now it's mandatory. Our clients are asking for that."

In fact, the entire industry is in a race to get to net zero carbon emissions.

"We're helping our clients achieve their net zero targets by 2030, 2040, 2050 -- whenever they have established their targets," said Weisshuhn.

Amazon, for example, is aiming to reach net zero by 2040.

This is where the iMasons effort comes in.

According to iMasons' Omelchuck, the basic principles and methodologies of calculating the carbon footprint across a company's entire supply chain are well established. In principle, at least.

In practice, however, there's a lot that still remains to be done.

"Our industry is known for consuming a lot of power," said Omelchuck. "And this is something our membership is acutely aware of. It's an urgent problem, and we're trying to work cooperatively as an industry."

That's both for altruistic reasons, to help avert environmental disaster, but also because enterprise customers and government regulators are all looking at limiting carbon emissions.

"Certainly the data center industry is concerned about this," said Omelchuck. "There's a lot of discussion and concern about potential regulatory action. The Dutch and Irish governments and others have put moratoriums on data center builds to limit power consumption."

But power is just half the battle, he said.

There's also all the equipment and other materials that go into running a data center.

"As we build data centers buildings, what materials do we use and what is their carbon content?" he asked. "And what about the embodied carbon in the equipment we put into the data center -- the servers, the cooling equipment, the network equipment?"

To help address this issue, iMasons is working on a common labeling standard for equipment manufacturers. That means that everyone has to agree on common definitions.

"In a nutrition label, you have to all define the serving size the same way, define saturated fat the same way," he said. The same is true for data center equipment. "For it to be useful, there has to be a consistent application behind it. And while we're not starting at ground zero to develop these methodologies, their actual implementation is somewhat inconsistent."

Infrastructure Masons is still working on schedules and planning, but hopes to have a pilot ready by the end of the year, with labels starting to show up on some equipment.

"But it will take some time for it to be consistently applied to all the equipment in the data center," he said. The challenge is "massively complex."