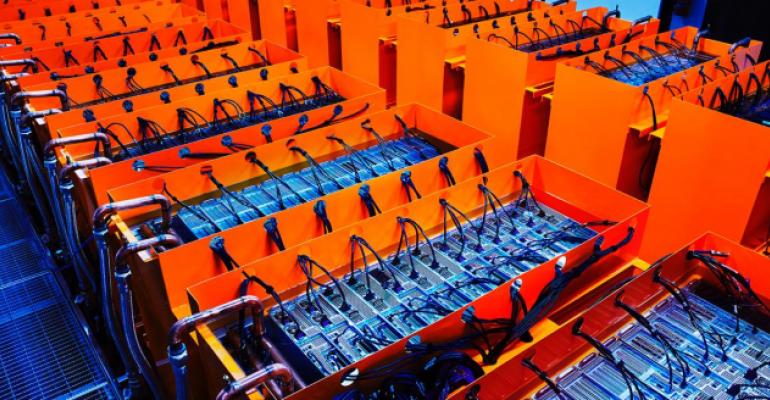 Skybox Datacenters has signed a 15MW lease with a client that will host a supercomputer in its Houston facility • DUG, the client, expects the system to beat Summit, the DoE supercomputer that’s currently considered the world’s fastest

Dallas-based data center developer Skybox Datacenters has scored a major client win, reeling in Australian energy exploration technology company DownUnder GeoSolutions, or DUG. The client has signed a lease for 15MW of capacity on Skybox’s Houston campus to house and power what it says will be the world’s fastest supercomputer.

As many supercomputers are, the 40,000-server system, expected to come online in February 2019, will be liquid-cooled. DUG has its own proprietary immersion cooling technology. Called DUG Cool, it submerges servers in custom tanks filled with a dielectric fluid.

Houston is the bullseye of America’s oil and gas industry. DUG provides technology services for both energy exploration and production. Its capabilities include seismic data processing, depth imaging, and modeling, among others, most of them requiring enormous computing power.

The supercomputer DUG is deploying at the Skybox data center will be capable of processing at speeds up to 250 single precision petaflops, or 250 thousand million million floating-point operations per second, the Australian company said. The peak performance of US Department of Energy’s Summit system, which currently holds the title of the world’s fastest supercomputer, is 200 petaflops.

DUG operates a network of supercomputers in data centers in Perth, London, Kuala Lumpur, and Houston. The company said its Perth supercomputer named “Bruce” was the largest in Australia, capable of computing at 5 petaflops.

The machine at the Skybox data center will be its second supercomputer in Houston. According to the company’s website, its existing Houston system, named “Bubba,” was expected to be capable of more than 120 petaflops, once some data center upgrades were completed this year.

Similar in concept to liquid cooling solutions by the likes of GRC and Submer, DUG’s patent-pending immersion cooling technology was created to handle high power densities required by the most powerful computers. Other benefits expounded by immersion-cooling vendors include better energy efficiency than air-cooled solutions and longer equipment lifespan, because components don’t oxidize and run cooler when submerged in designer coolant.