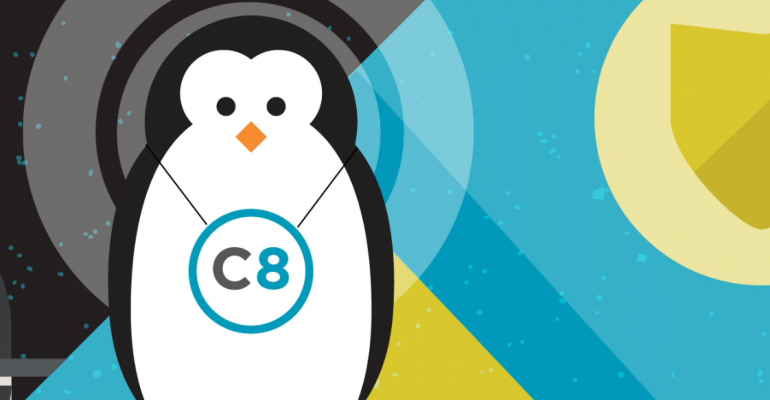 Used by Lyft, among others, Capsule8's platform automates a lot of tedious manual work involved in securing enterprise infrastructure.

The Brooklyn-based Linux security startup Capsule8 announced this week that Intel's investment arm has made a "multimillion-dollar investment" in the company, joining existing investors ClearSky Security, Bessemer Venture Partners, and others.

Although the exact amount Intel Capital has dropped in the kitty hasn't been disclosed, industry insiders are putting the amount in the neighborhood of $6.5 million, based on the company's previous claim that it had raised $23 million in funding. Capsule8 said that with this latest funding it has raised a total of $30 million.

"Joining the Intel Capital portfolio, as well as the confidence they’ve shown in our team and our market, is a huge boost for us,” John Viega, Capsule8's co-founder and CEO, said in a statement. "We’ve seen incredible momentum so far this year and have no doubt this latest investment is going to help fuel Capsule8’s evolution."

The company's flagship platform, Capsule8 Protect, offers high-performance attack protection for Linux production environments, whether containerized, virtualized, or on bare metal. It can be deployed on-premises or in the cloud (it's cloud-agnostic), according to the vendor, and can safely scale to accommodate busy workloads in large clusters. It replaces multiple legacy controls with a single solution that detects and prevents exploits in real-time while preserving the performance and reliability of production infrastructures, freeing DevOps teams from tedious manual work.

The platform scales well enough to meet the needs of the ride-share company Lyft, which has 23 million users and 1.4 million drivers, at last count taking 375 million rides annually.

Last week Capsule8 announced it had added Investigations, a new feature designed to remove the manual effort required to maintain databases dedicated entirely to security data, enabling customers to quickly determine what transpired in an incident.

Capsule8 Protect is offered under a traditional proprietory licensing arrangement, although it does offer the platform's core capabilities under an open source license.

"Containers and cloud-native security offerings solve a critical piece of the enterprise protection puzzle," Intel Capital managing director Sunil Kurkure said. "While other vendors address pieces of the problem, Capsule8 addresses the urgent need organizations have for security across their entire production infrastructures."

Often, when an industry player like Intel makes an investment of this nature, it's to exercise some control over future development in order to bolster its own offerings.  In Intel's case, that might include Clear Linux, the Linux distribution that Intel has been developing that's optimized for performance and security on its x86 platforms.