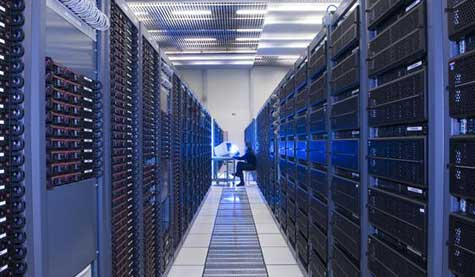 Rows of server racks at the computer center at CERN in Switzerland.

Thousands of scientists around the world want to access and analyse this data, so CERN is collaborating with institutions in 33 different countries to operate a distributed computing and data storage infrastructure known as the LHC Computing Grid.

But CERN also has plenty of computing and strpage technology at its computer facilities near Geneva, Switzerland. These photos provide a look inside the server rooms at CERN. Click here for more pictures. 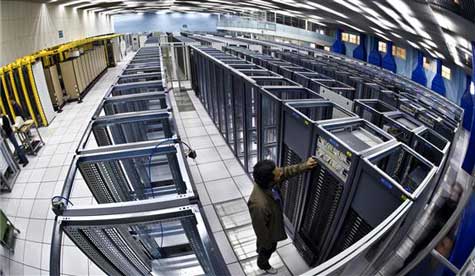 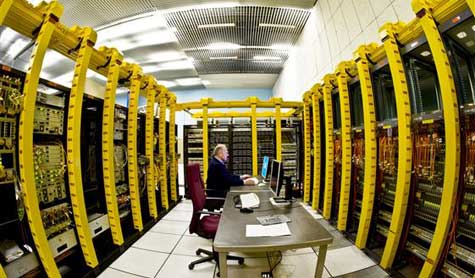 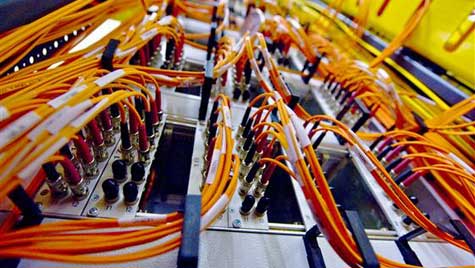