The GigaOm Structure 2011 conference in San Francisco provided two days of non-stop keynotes, panels and workshops on the cloud computing industry. The sold-out event was held at the Mission Bay Conference Center at UCSF, and brought together a mix of technologists, investors and executives to discuss all angles of the emerging cloud ecosystem. Here's a look at some of the sessions. 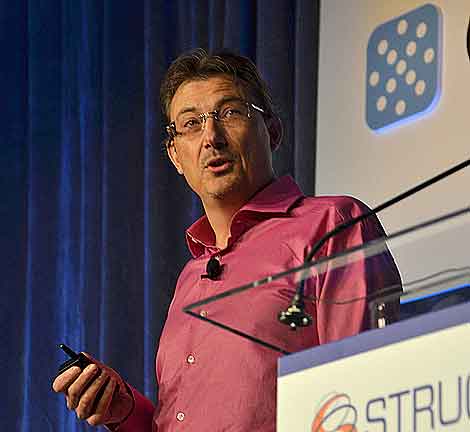 The show was opened by Simon Crosby, who anounced that he was leaving his position as CTO of the Datacenter and Cloud division at Citrix to found a startup called Bromium to focus on cloud security. 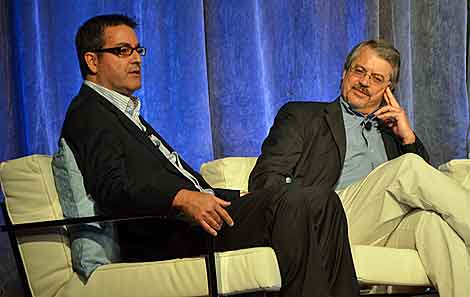 Joe Weinman of HP, left, returned as the master of ceremonies for the conference, and also moderated a discussion with Lew Tucker, CTO Cloud Computing at Cisco. 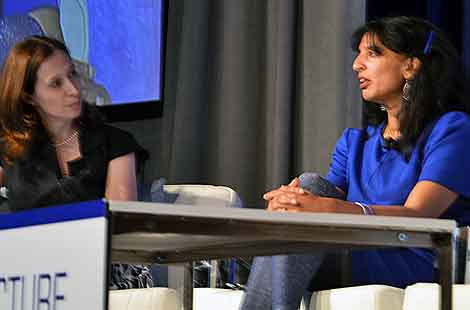 Stacey Higginbotham of Gigaom, at left, discusses networking with Jayshree Ullal, the President and CEO of Arista Networks.

Next Page: More Scenes from Structure 2011