About 500 participants converged on Rackspace's San Antonio headquarters to hear the latest news and developments from the Open Compute Project at its third gathering. The goal of Open Compute is to open source and standardize hardware designs, enhancing mega-scale computing and increasing hardware efficiencies. Yet the standardization of hardware, with a focus on servers, storage and the data center, has potential ripple effects throughout the ecosystem.

"We want to be fast followers," stated Keith Shinn of financial services provider, Fidelity, who was on a panel with suppliers and end users.

Between the members of the project, vendors and suppliers, the event was filled with the "who's who" of the hardware, cloud and data center worlds. 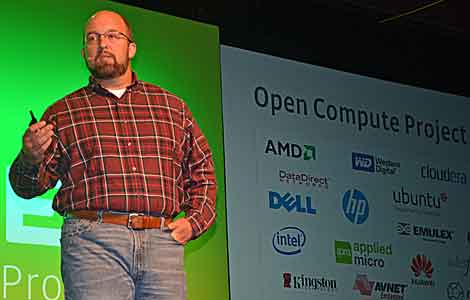 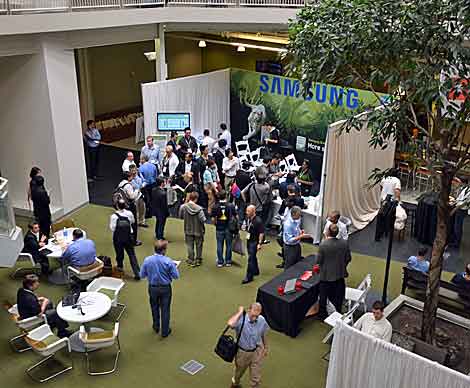 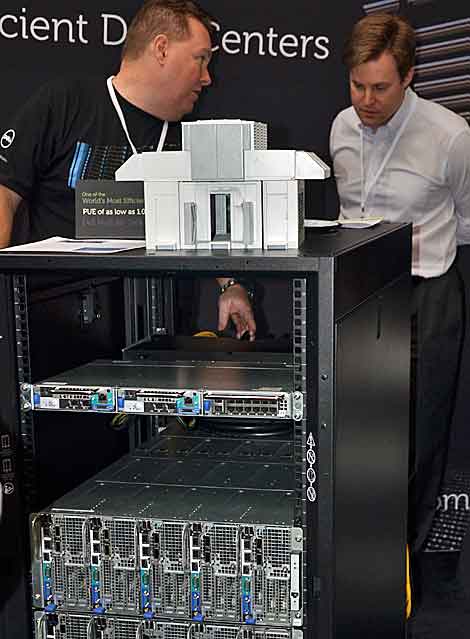 The Dell team was on hand to demonstrate their servers that are compatible with the new Open Rack standard. (Photo: Colleen Miller) 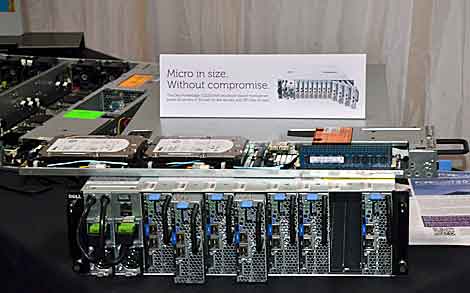 Plenty of gear was on site for participants to review and learn about. This equipment at the Intel booth showcased the "micro size, without compromise." (Photo: Colleen Miller) 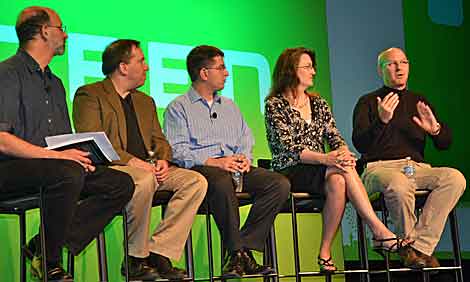 Efficiency, one of the tenets of the Open Compute Project, was discussed by panelists (from left) Bill Weihl of Facebook, consultant and author Jon Koomey, Stefan Garrard of BP, Melissa Gray of Rackspace and Winston Saunders of Intel. (Photo: Colleen Miller)