Conference Highlights: How Green is the Internet?

About 150 scholars, executives and environmental activists gathered at Google's campus in Mountain View, Calif. Thursday for the "How Green is the Internet?" conference, which examined the environmental impact of data centers, networks, mobile devices and the emerging "Internet of Things." The conference featured keynotes from former Vice President Al Gore and Google Chairman Eric Schmidt, presentations of academic research, and brainstorming sessions about ways to further reduce the Internet's contribution to green house gas emissions. Here's a look at some of the key sessions and discussions: 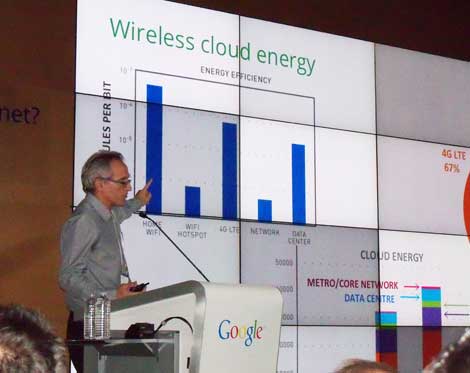 Internet traffic running over wireless connections have a more significant environmental impact than traffic moving over fiber, according to Kerry Hinton, Senior Research Fellow at the University of Melbourne. This inefficiency needs to be better understood, Hinton argued, given the rapid growth of wireless traffic. (Photo: Rich Miller) 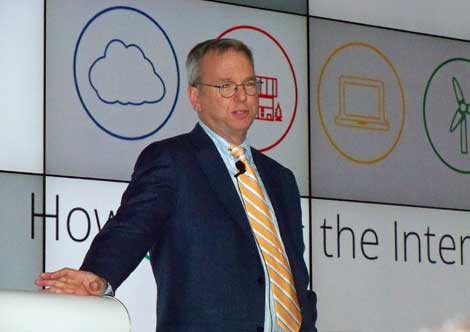 Google Chairman Eric Schmidt shared compelling anecdotes about the benefits of Internet services in the emerging world, citing his experiences in travels to Pakistan, southern Sudan and China. "I have been shocked by how important the Internet is to those who haven't had it," said Schmidt, who projected that the world's Internet population will grow from the current 2.5 billion to 6 billion over the next five years. (Photo: Rich Miller) 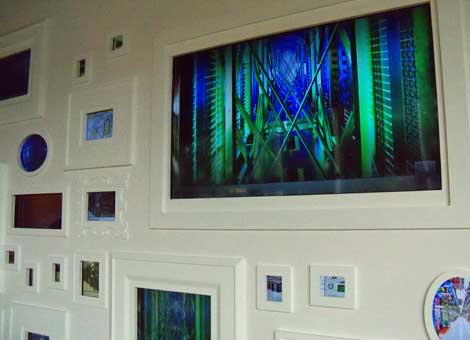 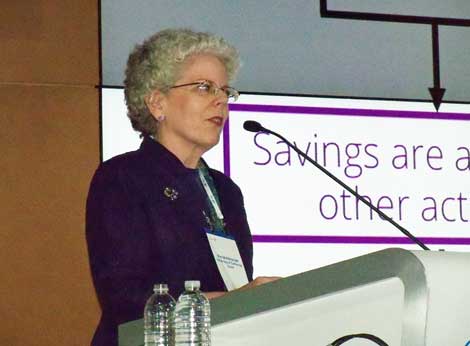 Does the Internet cause us to travel more, rather than less? Pat Mohktarian, a Professor of Civil and Environmental Engineering at Cal-Davis has spent 30 years researching travel behaviors. She says telecommuting and videoconferencing have grown in usage, but so have travel comparison sites and the globalization of business. "I'm not saying the Internet doesn't eliminate some travel," said Mohktarian. "I'm saying that it's generating more travel than it eliminates." (Photo: Rich Miller) 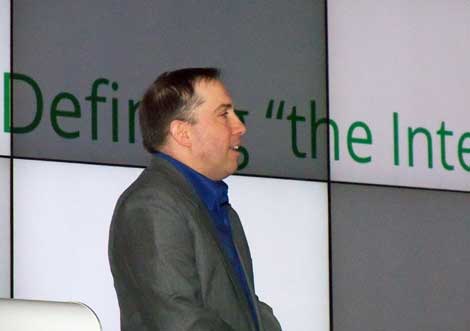