"Modernizing Data Centers" was the theme for the DataCenterDynamics Converged conference Tuesday in New York. The event attracted more than 1,000 data center industry professionals to the Marriott Marquis for a program from DataCenterDynamics that featured sessions on modular data centers, the latest research on cooling, preparing infrastructure for mobile finance, Data Center Infrastructure Management, and standards for generators, optical cabling and LEED certification for green buildings. Here's a look at some scenes from the event and the expo hall, which featured 81 exhibitors. 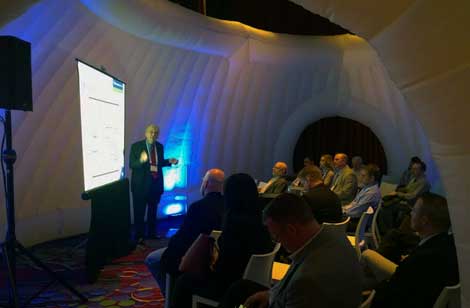 Julius Neudorfer leads a preview of a Training Taster session inside a cloud-shaped enclosure at the DataCenterDynamics Converged conference. The session offered an abbreviated sample of training sessions offered by DCProfessional Development. (Photo: Rich Miller) 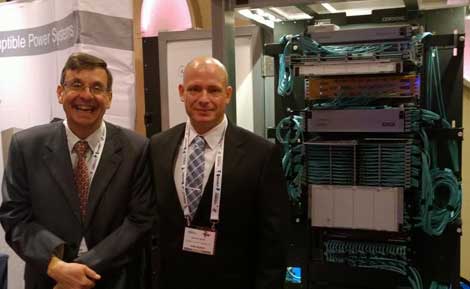 The Corning team with some of their technology at their booth in the exhibit hall at the Marriott Marquis in Times Square. (Photo: Rich Miller) 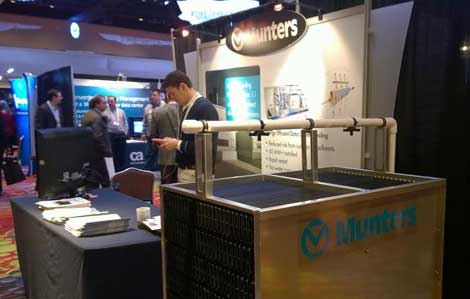 Munters specializes in air quality and climate control, including media products to support evaporative cooling in data centers. The company had its equipment on display in the expo hall. (Photo: Rich Miller) 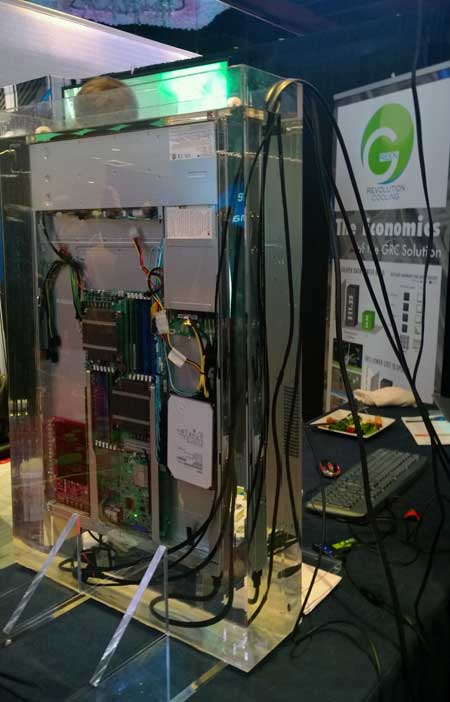 Yes, that's a server submerged in a tank of liquid coolant. This display at the Green Revolution Cooling both attracted a steady stream of curious conference delegates throughout the day. (Photo: Rich Miller) 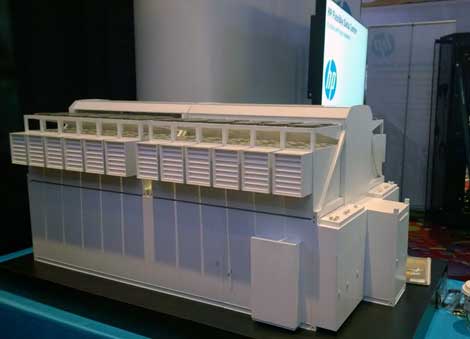 I'ts a model module! HP couldn;t fit its EcoPOD modular data center into the expo hall on the 7th floor, so a model would have to suffice. (Photo: Rich MiIller) 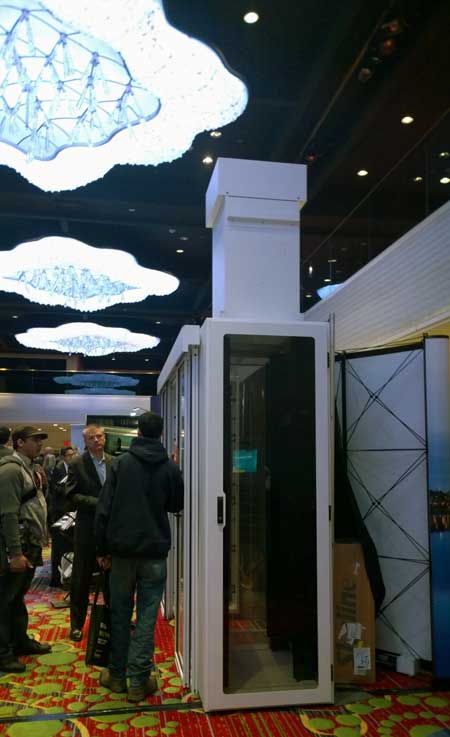 The prize for tallest exhibit went to AFCO Systems, which demonstrated its containment systems, including a cabinet-top chimney to duct hot server exhaust air from the top of the enclosure. (Photo: Rich Miller) 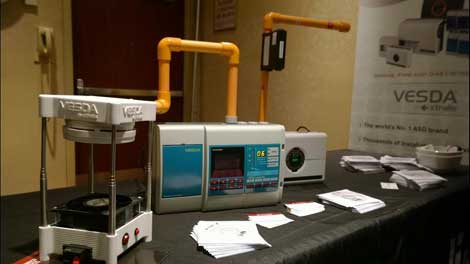 What's a VESDA? It stands for Very Early Smoke Detection Apparatus, and it's used in fire protection systems in data centers. Xtralis had examples of its VESDA technology available for conference delegates at DCD Converged. (Photo; Rich Miller) 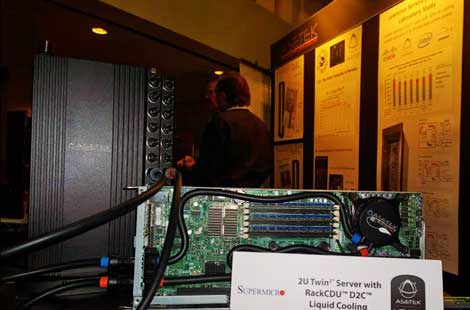 Asetek showed off its water-cooled servers at its booth, including this RackCDU D2C direct-to-chip liquid cooling unit integrated into a SuperMicro server. The tubing carries warm water from the CDU (Coolant Distribution Unit) to the processor. (Photo: Rich Miller)