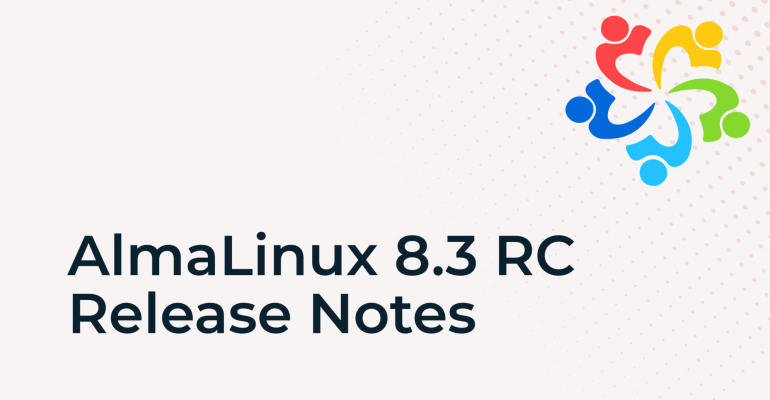 AlmaLinux, the $1M Drop-In CentOs Replacement, Is Out and Bound for Data Centers

Its creator, CloudLinux, built the distribution at warp speed, racing to fill the void left by Red Hat's EOL announcement for CentOS.

AlmaLinux, designed as a drop-in replacement for CentOS 8, is headed for data centers.

The company behind the new Linux distro, CloudLinux, announced general availability of the first stable release of AlmaLinux OS in a virtual event Tuesday. It was conceived just this past December, immediately after Red Hat's announcement that it was killing CentOS, the popular free downstream alternative to Red Hat Enterprise Linux, and moving the project upstream, under the name CentOS Stream.

"The idea for AlmaLinux OS formed as soon as Red Hat made its announcement for CentOS's change of direction," CloudLinux's founder and CEO, Igor Seletskiy, said during the launch event. "From our years of experience and the knowledge of our customers' needs and workflows, we knew that a void had been created and that we were ideally positioned to fill it."

Red Hat's announcement caused a big stir in the IT world, where organizations that don't need outside support that comes with RHEL (and the associated expense) routinely run production workloads on CentOS. Red Had said in December that CentOS 8, the latest version, barely three months old, would reach end of life at the end of 2021 instead of the originally promised 2029.

CloudLinux had little choice outside of building its own version of the open source OS. Its source of income, CloudLinux OS, is essentially a hardened version of RHEL based on CentOS source code.

CloudLinux OS is especially popular among hosting companies because of its hardened security, with security patches often available even before they reach RHEL, and because it doesn't require the downtime of a reboot after a kernel patch.

According to Seletskiy, CloudLinux currently has about 4,000 customers and more than 500,000 installations.

"We have proven that we can create and maintain such a distribution and we will continue to do so with AlmaLinux OS," he said. "The target for AlmaLinux OS is broader. Just like CentOS was used for general-purpose computing, embedded HPC, and a multitude of other workloads, so will AlmaLinux OS. We envision it as a perfect replacement for any situation where a stable, reliable distribution with a long life cycle is needed."

Focus On Performance and Reliability

AlmaLinux's performance and reliability, allegedly on a par with RHEL and CentOS, were a big focus of the marketing message Tuesday.

Tech companies that supplied technical skills (and maybe money) to the project participated in the event to sing its praises. cPanel, which produces the popular web hosting control plane software, said it's already fully supporting the new distribution and expect competitors like Plesk to do so soon. Radiant Networks indicated that it's already using it in-house. Equinix Metal, Chef, and others were also on hand.

The fact that the distribution is being lauded for its stability and performance is somewhat surprising, given that much like the COVID-19 vaccines, it's being brought to market at "warp speed." Two months after it was conceived, it was released in beta. After that, according to CloudLinux, the software went through testing for reliability and performance, with most of that work "related to debugging, adding packages, and readying the software for production workloads."

The AlmaLinux stable version released this week includes support for Errata, SecureBoot, AWS, and VMware, as well as a script for easy migration from CentOS to AlmaLinux.

CloudLinux Funds AlmaLinux Without Controlling It

Part of this rapid development was made possible by an infusion of funding from CloudLinux.

When the project was first announced, CloudLinux pledged to support it to the tune of $1 million per year, a commitment that still stands. During the event, Seletskiy promised that AlmaLinux would be supported until at least 2029, the year CentOS 8 was originally scheduled to reach end of life.

He said the project will keep up to date with the most current RHEL release and that work to upgrade AlmaLinux to RHEL's upcoming latest and greatest will begin immediately after Red Hat releases its beta.

Although CloudLinux is largely funding AlmaLinux, it doesn't own the project or the copyright on the software it produces. The project now belongs to a 501(c)(6) non-profit organization that will take responsibility for managing AlmaLinux.

Jack Aboutboul has been named community manager, bringing more than 20 years experience in open source to the table, including more than eight years as a Red Hat community architect, six of which he spent as a community engineer on the Fedora project.

Aboutboul also takes a seat on AlmaLinux's new board, as does Seletskiy. Three other board members were named as well: Jesse Asklund, global head of customer experience for WebPros at cPanel; Eugene Zamriy, director of release engineering at CloudLinux; and Simon Phipps, an open source advocate and former president of the Open Source Initiative. Two additional members of the governing board will be selected by the AlmaLinux community.

“The sudden shift in direction for CentOS that was announced in December created a big void for millions of CentOS users,” Phipps said in a statement. “As a drop-in open source replacement, AlmaLinux provides those users with continuity and new opportunity to be part of a vibrant community built around creating and supporting this new Linux distribution under non-profit governance. I give a lot of credit to CloudLinux for stepping in to offer CentOS users a lifeline to continue with AlmaLinux.”

While AlmaLinux is ready for prime time with this release, there's still some urgent work to be done, primarily adding UEFI and Arm support, preparing images for AWS, Equinix Metal, Google Cloud Platform, and Microsoft Azure, and obtaining FIPS and CIS security certifications.