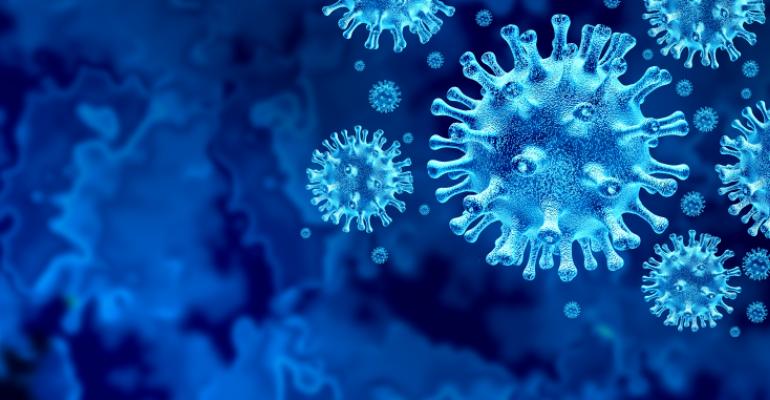 Data center management has permanently changed as a result of the coronavirus pandemic. Read up on how data centers are evolving.

For data center managers, the pandemic has changed everything. And we are not going back, at least, not anytime soon. And when we can go back to the way things used to be, we might no longer want to — or even be able to.

So what does the “new normal” look like? Here are a few ways that data center management has changed.

As the world's largest colocation provider, Equinix has seen the new normal from both sides now.

As a service provider, it's had to help its enterprise customers adjust to the effects of the COVID-19 pandemic. And, as a company that was itself affected by the lockdowns, it has had to change how it does business.

The biggest and most immediate change was that customers could no longer travel to Equinix facilities, said Jon Lin, president of the Americas for Equinix.

Initially, this was because of the pandemic-related lockdowns, he told Data Center Knowledge. But many companies are still reluctant to start scheduling business trips again because of continued waves of the infection, and there are still travel restrictions in place, Lin said.

"It's hard to navigate borders," he said. "So [customers are] trusting us to do more and more."

For example, Equinix has taken on a lot of jobs that customers used to do themselves, such as racking and stacking equipment and basic equipment maintenance.

Respect for Health and Safety

Equinix's own corporate culture has also changed as a result of the pandemic.

For example, Lin said, in the past, an employee who felt a little sick would still go into work.

"Now, if you have a sore throat, you're going to stay home and reduce the exposure to people around you," he said.

And the company has become a lot more health- and safety-conscious.

"We're probably still at a heightened level," he said.

And of course, like at every other company, Equinix employees who were able to work from home have been doing so.

Most Equinix offices around the world have reopened, he said, so that employees can come in if they want to get away from hectic home situations. But, except for data center operations staff who need to be hands-on in the facilities, it won't be required.

"We're going to maintain the ability for office work from home," he said.

"Today, the vast majority of our office workers are still generally working remotely," Lin said. "And I'll expect we'll continue to have a greater degree of flexibility in the future. That's going to be the new normal for everyone. We've seen that it works. And now we have the infrastructure in place and we're continuing to evolve the tool sets and the infrastructure to support that — and we've had incredible productivity."

Equinix is not alone.

A Gallup poll released earlier this month showed that 67% of white-collar workers were working from home at least some of the time in September.

And 91% of workers who are working remotely say they hope to retain that option when the pandemic ends.

In August, a Gartner poll showed that 66% of organizations are delaying reopening their offices due to new COVID-19 variants.

Even when the pandemic lifts, companies that don't offer remote work as an option will be at a serious disadvantage, as, according to the Gallup poll, 31% of workers say they will look for other jobs if forced to work exclusively in an office.

For IT employees in particular, the percentage who want to work remotely or in a hybrid scenario is even higher.

According to Gartner analyst Graham Waller, 86% of IT employees would prefer a hybrid or remote model, and 66% say their ability to work flexibly will impact their decision on whether to stay at an organization.

"Only 1% of HR leaders see no hybrid work in their organization once the pandemic passes," Waller said in a presentation at a Gartner symposium last week.

This means that data centers, already struggling to find cybersecurity and other staffers, will need to continue offering remote work opportunities whenever possible.

"I certainly believe this is the new normal," said JJ Safer, practice development manager for security at Insight, a technology consulting company based in Tempe, Arizona.

With the Delta and other variants causing second and third waves of the pandemic, any expectation of going back to the old way of doing things has been shot, he added.

"People thought it was going to get back to normal and we could start going back to offices," Safer said. "For us, personally, we were going to open up. We had to put the brakes on that."

The labor shortage is giving IT professionals the freedom to change jobs at a rate never seen before. And, with remote work, geographical barriers are gone as well.

This is a challenge for data center managers trying to hold on to staff — but it could also be an opportunity, said Insight's Safer.

By moving operations from on-premises locations to the cloud, companies will not only reduce capital expenses, Safer said, but data center management stops being about physically installing servers and routers and becomes more focused on configuring cloud infrastructure.

This will require new skill sets, he said. But these skills can be obtained virtually and at lower prices than ever before.

"Online learning has never been as popular as it is now," he said. "During the pandemic, you couldn't attend on-prem classes or take exams in testing facilities, so now you take the exams at home, with people watching you on cameras. It's the new normal — but in a good way."

The opportunities to learn new skills have never been better, he said.

The Beginning of the End for On-Premises Data Centers

For some companies, it could mean doing away with an on-prem data center altogether.

"A lot of people were looking at cloud as a disaster recovery backup," Safer said.

"Now they're looking at cloud as primary and, for disaster recovery, maybe a different cloud. So now they're virtualized and there isn't a data center anymore to touch. You can do everything you want to do remotely. I do believe this is the new normal. I don't think it's going to go back to where it was."

Companies that rent space in large office buildings for their data centers are talking about whether they want to stay there, he added.

Meanwhile, spending on cloud infrastructure grew by 35%, to nearly $130 billion.

That doesn't mean that all workloads are about to shift to the cloud, since many companies have sizable investments in on-prem infrastructure, have use cases where on-prem makes more sense or have regulatory or other requirements preventing them from moving to the cloud.

"The equal acceleration of smart things, with local processors and data storage inherent to the designs of the devices, will also require on-premises computing capabilities and ecosystems," she told Data Center Knowledge.

Cybersecurity has also entered a stage of new normal where ransomware attacks are a constant threat, supply chain attacks are ubiquitous and new vulnerabilities are discovered daily.

Meanwhile, with systems and processes moving to the cloud and employees working remotely, the attack surface has expanded dramatically.

"There are more types of malware and cybercrime threats to protect against," said Herold.

And that's not even counting the new kinds of threats we're going to see as new smart devices proliferate, she said.

According to a survey conducted by Citrix last month, 74% of security decision-makers say procedures and controls have become more complex as their organizations transition to remote and hybrid work, and 73% are fighting to keep up with the increased volume of security threats that the new work models create.

But, as in other areas, the pandemic isn't only generating problems — it's also opening up new possibilities.

According to the survey, 79% of decision-makers polled say the pandemic has created an opportunity to completely rethink their long-term information security strategy.

The stresses of this past year and a half have been grueling for companies. A drop in economic output that exceeded the Great Depression. Massive disruptions of global supply chains. And record numbers of people quitting their jobs.

But, as with every crisis, it has also created openings for change.

This is a time when data centers can reinvent the way they do business, the way they defend themselves against threats and the way their employees do their work.