Raejeanne Skillern, who for the last five years led the Cloud Service Provider Business within Intel’s Data Center Group, is leaving for Flex, the electronics manufacturing giant formerly known as Flextronix, which entered the data center server market as a hardware supplier instead of being only a design manufacturer two years ago.

Skillern, an Intel Data Center Group VP, will start at Flex Monday to lead its Communications and Enterprise Compute group as president. The group, whose fiscal 2019 revenue was $8 billion, according to Flex, sells data center and telco networking hardware.

It’s unclear whether her departure from Intel has anything to do with the recent slowdown in the Data Center Group’s revenue growth. After a period of reporting record growth quarter after quarter, driven primarily by sales to hyperscale cloud providers, Intel last week reported a 6.3 percent decline in its data center business.

The company adjusted down its outlook for the current quarter and the full year, sending the stock tumbling. Intel CEO Bob Swan, the company’s former CFO who became chief executive in January, attributed the data center slowdown to extraordinary growth in 2018 and customers still sitting on unused parts they’ve already bought. 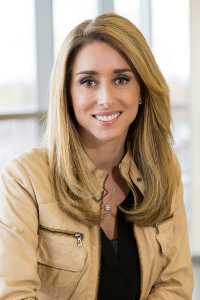 Skillern played a key role in the group that drove that extraordinary growth, managing the business that sells to the biggest public cloud providers, including Microsoft Azure, Amazon Web Services, and Google Cloud Platform. She’s now taking her knowledge and relationships to Flex.

In a LinkedIn post, she said she was “inspired by the leadership and strategic direction of Flex.”

In 2017, Flex entered the data center market as a vendor in its own right. It had previously manufactured servers for other vendors the same way the big Taiwanese or Chinese design manufacturers would. It was one of the founding members of the Open19 Foundation, created to push forward LinkedIn’s Open19 data center hardware standard.

It’s been a member of the Open Compute Project, the Facebook-launched open source data center technology community, since 2016.