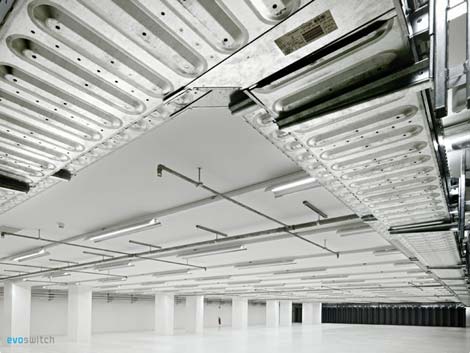 The interior of one of the data suites at EvoSwitch.

Additional private data suites (pictured above) will be a key focus of the new construction at EvoSwitch. These are basically miniature versions of a data center, allowing customers to control their environment within the multi-tenant facility.

EvoSwitch said the development of the new space will be accelerated by the use of a modular data center system developed by DataXenter, which is still in stealth mode. Each data center module will be equipped with two 160 kW Uninterruptable Power Supplies (UPS).

EvoSwitch's customer space is cooled through the use of "air corridors" - sometimes also known as air galleys - to separate the air handlers from the data suites housing the servers. This can be helpful in maintenance and also allows the fully-conditioned space to be dedicated to servers rather than mechanical units. The white color of the air handlers allows for the minimum usage of energy for lighting, cutting energy costs. 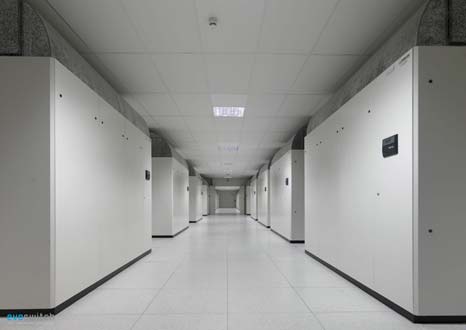 One of the air corridors used to house the computer room cooling infrastructure at Evoswitch.