Not Your Father’s Immersion Cooling

Single-phase immersion is the next generation; it doesn’t carry the negative baggage and the technology has been proven to be a low-cost and highly reliable solution. 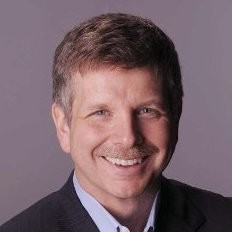 Peter Poulin is CEO of GRC.

Conventional air cooling is no longer state of the art given increasingly dense racks and demanding server loads. To address this, enterprises are starting to use liquid immersion cooling technologies. Google, for example, recently began using liquid cooling in their data centers because their TPU chips are too hot to be cooled by air. This technology simplifies data center cooling and materially reduces the capital and operating costs for data centers. Yet, as in most things, not all these cooling technologies are created equal.

Liquid cooling is a method to reduce temperatures by submerging the computer components in a non-conductive liquid that draws the heat away. The ability to use liquid to cool electrical and computer equipment has been around for a long time, though typically in specialized deployments. It has only been in the last few years, due in large part to the proliferation of data centers, that the technology is more widely available.

To choose the best system for your data center, the most important distinction to keep in mind is the type of coolant used for immersing server components in liquid: single phase or two phase. The two phases of a coolant are liquid and gas. A single-phase coolant remains a liquid and is pumped to a heat exchangers to remove the heat. A two-phase coolant is one that changes from a liquid to a gas at low temperatures. When immersed in two-phase coolants, a server creates heat sufficient to cause the coolant to boil off as a gas. This gas is then captured by a condensing system that turns the gas back to a liquid. Otherwise, just like boiling water, eventually there would be no liquid left.

In the world of immersion cooling for data centers, 3M led the charge with its two-phase coolant, which gained early popularity with high density cryptocurrency mining applications. However, a May 2016 Lawrence Berkeley National Labs report exposed some of the problems with the use of this coolant, not the least of which was its extraordinary cost compared to single phase coolants. The report also identified damage to the electronics – the power supply and logic board – that were associated with the coolant. Because of these types of concerns, even though two-phase liquid cooling can cool very dense heat loads, the market is turning toward single-phase coolants as a more viable option.

So, what is the downside? Not much really. With single-phase fluids, the data center environment is improved – it is quiet and a comfortable and consistent temperature throughout. Servicing is easier because the servers are at waist height, and they can be removed or replaced to repair them in the rack without having to move to a workbench for servicing. Additionally, the airflow in the data center does not need to be reconfigured to add or delete servers from racks.

Not All Immersion Cooling is Equal