Security continues to be a major hurdle for IIoT -- the issue that will make or break the industry. 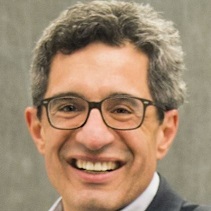 Michael Kanellos is Head of Corporate Communications and a Technology Analyst for OSIsoft.

Industrial IoT projects are often portrayed as the quickest way to get yourself fired. A widely referenced Cisco report in 2017 proclaimed that “close to three-fourths of IoT projects are failing," Anna-Katrina Shedletsky, CEO of an IoT company, wrote an article in Forbes on why industrial IoT is a failure. And so on, and so on.

“IoT failure is a myth,” LNS Research President Matthew Littlefield recently told me. So then, where is the smoking crater?

Point out the company that plummeted into a tailspin after a predictive maintenance initiative turned an industrial robot into a screwdriver-wielding maniac. Or the employees that slept overnight in a discarded trade show booth after a smart thermostat set the temperature to freezing, and the smart lock sealed them in for the night. Or an IoT gateway that can’t convert inches to centimeters.

The simple fact is: there is no smoking crater, or at least not yet. IoT isn’t perfect. Self-driving cars have been involved in a fair share of accidents, and many of the oddball smart consumer gadgets — such as this Internet-enabled egg tray — will likely never pay for themselves.

Security continues to be a major hurdle for IIoT; the issue that will make or break the industry. A poll commissioned by Irdeto showed that 80% of respondents who produced or used IoT devices in the last 12 months were subject to a cyberattack that, on average, cost $330,602.

“I am not totally sure manufacturers have a total IIoT plan. With that in mind, that could lead to a ‘bolt on’ type of environment, which doesn’t do anybody any good because security will be an afterthought,” writes Greg Hale, editor in chief of ISS Source, a leading safety and security publication. “That all can lead to IIoT accidents or failures which forces companies to either give up, delay or start all over again, which costs time and money.”

But take out the security question — which is a critical one for all technology markets — and those others seem like corner cases, the result of excessive ambition, or stupidity.

However, over the years a steady accumulation of success stories has built up. For example, Bondtech, a company in Kentucky that produces high pressure manufacturing equipment, recently noted that it began incorporating technology to monitor equipment at customer sites remotely. It saved $250,000 in travel costs during the first year, and reduced the time for many repairs from three days to ten minutes.

“There is no evidence that IoT projects are failing,” said Eric Goodness, a Gartner analyst at the firm’s recent Tech Growth and Innovation Conference. In a survey Goodness conducted, 57 percent of respondents felt their IoT deployments were delivering more data than anticipated. Only 3 percent were underperforming, and a paltry 0.4 percent cost more than they delivered.

At the same event the year before, another analyst, Nathan Nuttall, asserted that many companies were keeping their IoT projects in pilot mode; not due to failure, but because if the projects were graduated to full production mode, companies would have to pay vendors for the technology. Nuttall found that 62 percent of survey respondents felt the IoT projects were succeeding.

This begs the question: What’s the secret of the success?

Software costs less than hardware, and IIoT revolves around using software to talk to machines or eke out minute improvements. IIoT is much cheaper than new equipment, and can involve new devices, but often involves simply wiring up existing materials.

DCP Midstream, for example, launched an effort to optimize its sprawling natural gas network (61 gas plants, 11 fractionation plants, 1,400 compressors, and 57,000 miles of pipeline spread across the Midwest) through IoT technologies in 2017. The cornerstone of its initiative was a new Integrated Collaboration Center in Denver, CO. Total investment came to approximately $25 million, but the results were well worth it. DCP estimated IoT technologies garnered $40 million in reduced costs and increased output in the first two years. Attempts to achieve the same results with new capital could have cost around $350 million, according to Bill Johnson, DCP’s chief transformation officer.

Likewise, the Global Edible Oil Solutions Group at Cargill, was experiencing a rash of delays lasting less than a minute. Thanks to data analytics platforms, in a single day, nearly 1,600 microstops were recorded. By deeply parsing its data, Cargill has managed to cut the lost production time that previously ranged from 20 to 40 hours a month down to only eight per month.

Why the long face? Part of it has to do with human nature. It’s far more fun (and safe) to be a critic than a booster. Many disruptive companies – Theranos, Solyndra, Segway – seem to flame out in a spectacular fashion.

Time frames and expectations play a role too. Alex West at IHS Markit found in his recent research that failures and successes were common even in the early stages. However, over time many of these projects that seemed doomed in the beginning, will and have succeeded.

Thus, IIoT may not be troubled or an unvarnished success. It might just be a slightly slow learner.