A key component of Iceland's pitch to the data center is its ability to ramp up its capacity to meet the future demand of any server farms that locate there. It's a strategy that proved effective with the aluminum industry, which now uses more than 70 percent of the power generation. While much is made of Iceland's volcanoes and geothermal power, about three quarters of Iceland's total energy output currently comes from hydro-electric power. During a recent trip to Iceland, Data Center Knowledge got to see some of the island nation's hydro production facilities. (Read more about Iceland’s power in the DCK story: Iceland’s Renewable Power Play.)

Here's a photo tour of one of Iceland's hydro-electric plants. 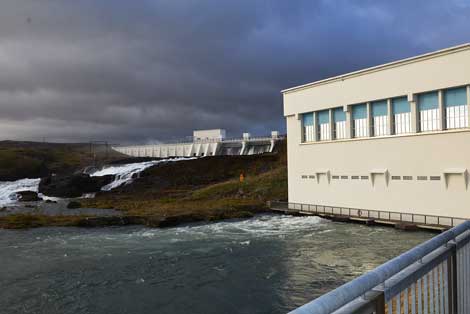 A view of the Ljósafossstöð hydroelectric plant in Iceland. Water flows over the dam, at left, while water used in the plant to spin turbines and create electricity is seen coming out from under building at right. The water is flowing from a spring-fed lake, Þingvallavatn, into rivers and streams. (Photo by Colleen Miller) 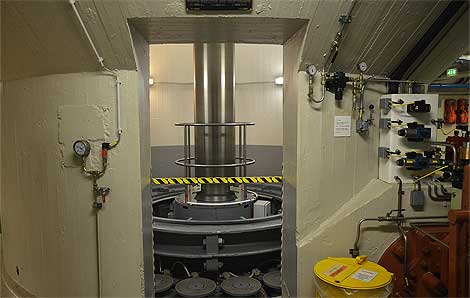 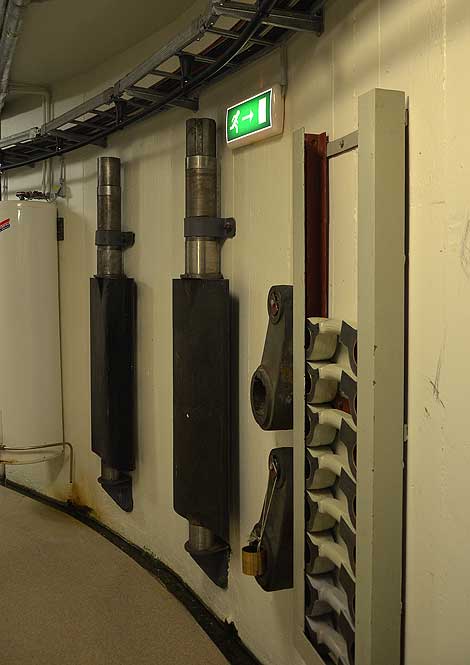 Spare turbine blades hang on the walls. The spinning of the turbine by water flowing across it generates energy, which is turned into electricity. (Photo by Colleen Miller.) 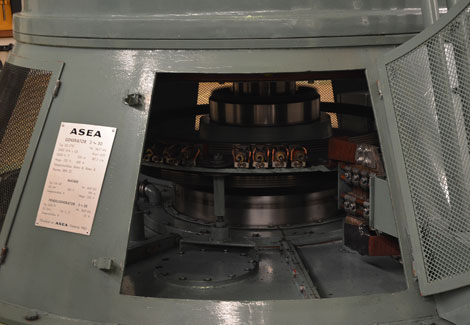 The generator - the device that turns the mechanical energy of the spinning turbine into electricity - sits one level above the shaft of the turbines, which in this case are spinning because of the flow of the lake water downstream to the river. (Photo by Colleen Miller.) 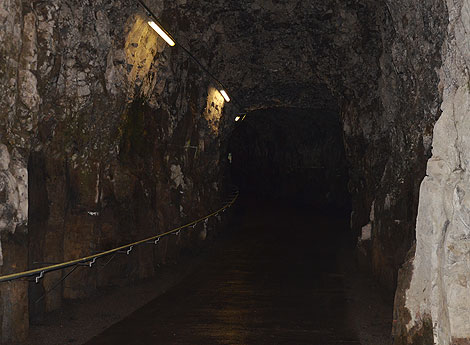 The hydroelectric power plant sits mostly about 40 meters underground. This tunnel shows the rock that was carved out under the river. (Photo by Colleen Miller.) 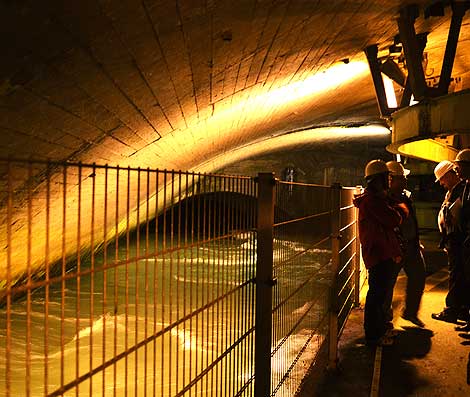 Underground tunnel view of water which is being discharged back to the river after it has flowed over the turbines. While the majority of fish are kept out of the water flow, those that due enter travel out in the river again, unharmed. (Photo by Colleen Miller) 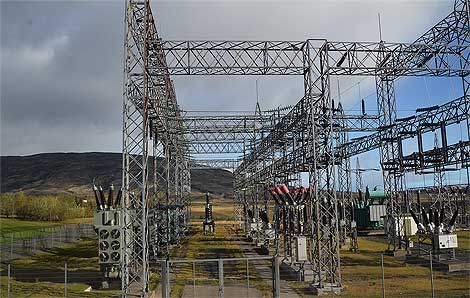 Transformers and power lines feed the power generated at the hydroelectric station to the people and industries of Iceland. (Photo by Colleen Miller.)