Highlights from Cultivate and Velocity NYC

The Big Apple this week hosted a two new technology conferences, presented by an old hand at the event business, O'Reilly Media. The first was a one-day event, Cultivate, which focused on leadership and company culture in the technology space, while the other was an existing event, Velocity, which is about Web performance and operations, brought to New York City for the first time.

We present for your enjoyment a photo feature, covering some of the activity at both events. 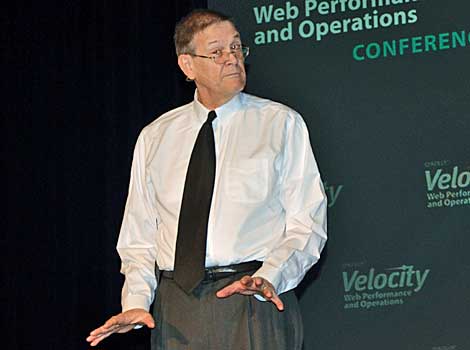 A very engaging Richard Cook, who does systems research at the Royal Institute of Technology in Stockholm, discussed how systems can fail and sometimes have unexpected behaviors and unexpected responses to interventions. He said the operations of an IT system is similar to any system - there's monitoring, exploiting opportunities, estimating the distance to failure, reacting to threats and anticipating future conditions. (Photo: Colleen Miller.) 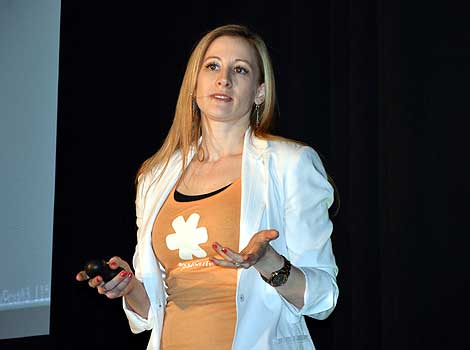 Technology leader Kate Matsudaira, who is founder and CEO of popforms and has previously led teams at Amazon and Microsoft, spoke about company culture at O'Reilly's Cultivate conference. The new event is about the intersection of technology and leadership. Matsudaira discussed motivating and understanding teams in innovative workplace cultures. (Photo: Colleen Miller.) 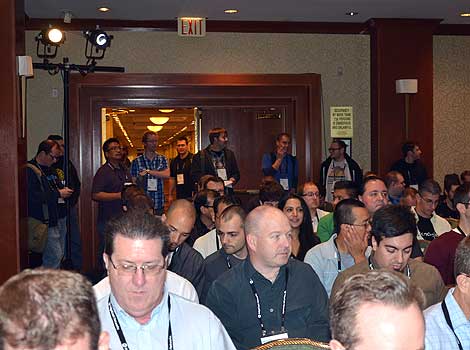 It was standing room only for the afternoon session presented by the Dropbox engineers, who discussed how the Dropbox infrastructure is configured for strong performance and reliability. (Photo: Colleen Miller.) 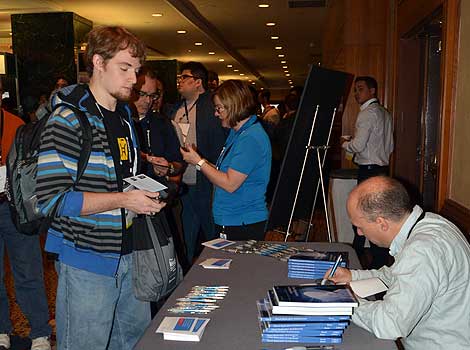 O'Reilly Media continues to publish popular technical books in addition to coordinating conferences. The book signing for "Cloud Application Architectures" by George Reese drew a line of folks hoping to get their books signed at the show. (Photo: Colleen Miller.) 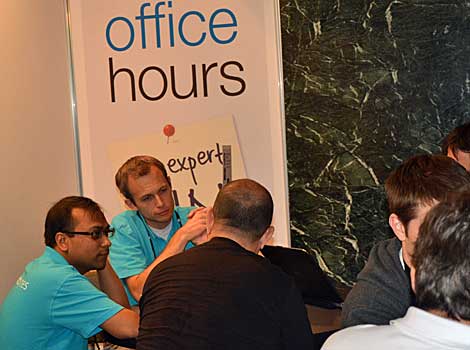 Office hours at the Velocity Conference offered the opportunity for participants to ask detailed questions of teams with specific expertise. (Photo: Colleen Miller.)

On the other hand, the Cultivate conference gave voice to the "people side" of leading a technical company, from trusting employees in your team to selecting the right fit for a company's corporate culture. 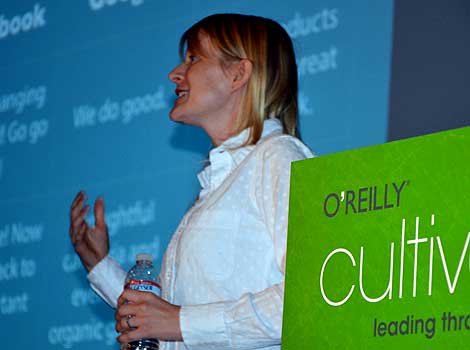 Speaking at Cultivate, Elaine Wherry, co-Founder of Meebo.com (which was acquired by Google in 2012), emphasized breaking down and analyzing company culture beyond the artifacts of culture, such as foosball tables or stocked kitchens. She emphasized that culture is about deeper attributes about trust of employees, from-the-ground-up innovation, and teamwork. "Adaptability is huge," she said. (Photo: Colleen Miller.) 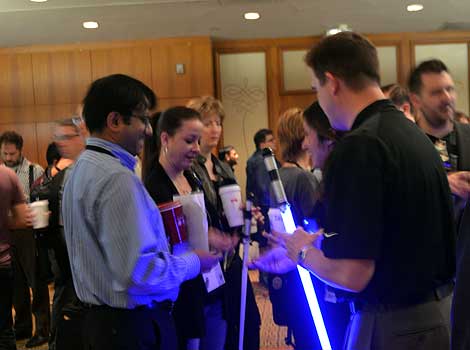 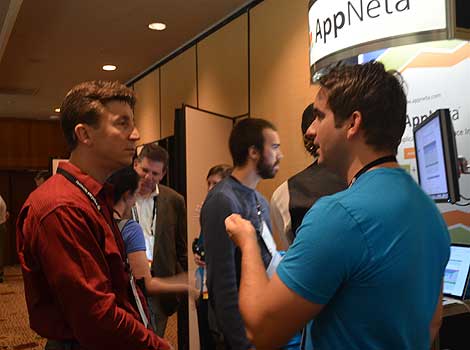 A representative from AppNeta, which produces application and network performance management tools, speaks with a participant. AppNeta was launched in early 2011, by the team and technology of Apparent Networks. AppNeta is headquartered in Boston. (Photo: Colleen Miller.) 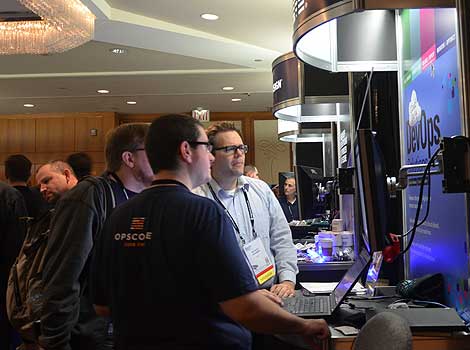 The sponsor pavilion was crowded with attendees and all sorts of companies from start-ups to established companies. The IBM booth drew several folks for a demo. (Photo: Colleen Miller.) 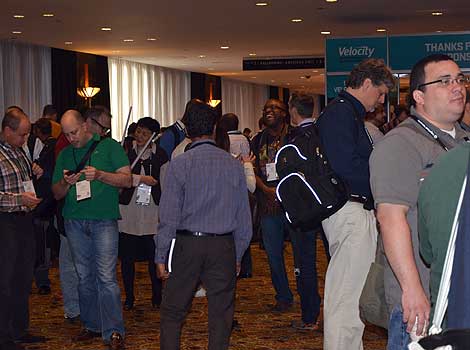 The event drew quite a crowd, with many attendees checking their phones and catching up with colleagues. When the conference opened, co-chair Steve Souders of Google noted that start-up companies have formed just from the hallway and lunch table conversations that were initiated at Velocity. (Photo: Colleen Miller.)

For videos and speaker slides from Velocity, visit the Velocity web site. To get in on the East Coast action, mark your calendar for the next New York Velocity conference on September 15-17, 2014.

For more data center and tech events, visit our events calendar at datacenterconferences.com.