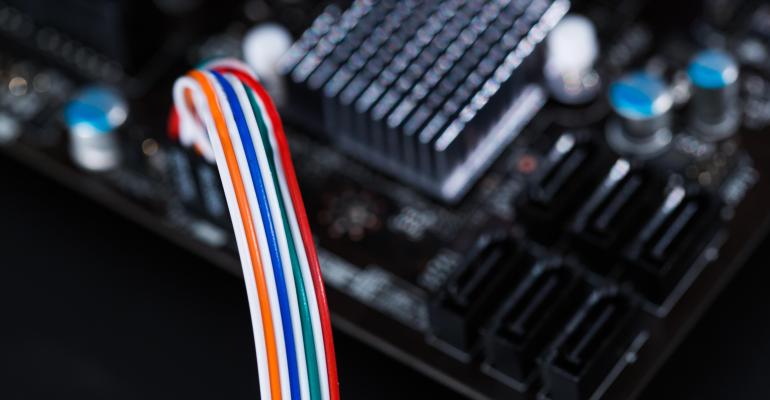 The on-prem IT workhorse remains integral as companies move to hybrid cloud. But, it too is modernizing.

Companies may be speeding down the modernization highway at full throttle, but somewhere under the enterprise hood there’s almost always a trusty mainframe, powering backend applications, lending on-prem power to digital transformation.

Tech executives expect half of legacy applications to be modernized in the next two years, according to an Infosys survey of 1,500 senior tech leaders released earlier this year.

Related: On-prem-as-a-Service Comes Into Its Own During Pandemic

The survey found 88% of systems are legacy and 45% reside on legacy mainframes.

There’s no question that cloud is on the rise. It’s got a lot of growing room in the IT ecosphere. But mainframes are standing firm.

“The on-prem world isn’t going away — it’s not even getting smaller,” said John Lovelock, distinguished VP analyst at Gartner. “There’s still enough money going into non-cloud software and on-prem systems networking equipment to keep this up and growing.”

Conventional wisdom depicts cloud as the engine of innovation, eroding mainframe’s workhorse reputation with promises of agility, optimization, AI and DevOps. Despite the associated challenges in procuring talent or modernizing, the mainframe remains a stubborn — and critical — component of enterprise IT.

Mainframe computing hasn’t just been running in place — it, too, has been modernizing.

Nearly two-thirds of organizations report the combined use of AIOps in their mainframe and distributed environments, according to an October report by BMC.

Seven in 10 use DevOps within their mainframe environments, based on the software company’s annual report, which surveyed more than 1,000 executives and technical professionals.

Almost all respondents said they have a positive perception of the mainframe and consider it a “long-term platform that is growing and adding new workloads.”

“Whether you’re in IT business or outside of the actual business, you don’t think about the mainframe, and that’s because it’s part of the infrastructure fabric that helps us live every day,” John McKenny, SVP and general manager of intelligent Z optimization and transformation at BMC, said in an interview with CIO Dive.

“Some people in the mainframe space won’t like hearing me say this, but it’s a little bit like plumbing or your water and power — when it’s working, you take it for granted, you just don’t think about it,” McKenny said. “As one customer told me, if the backend sneezes, everything else catches the flu.”

Finding a good plumber can be difficult. Recruiting technologists may be even harder in the current tech labor market, even in the wake of tech sector layoffs and hiring freezes.

Mainframe talent may be even harder to find.

Concern over access to the right talent to properly maintain legacy systems was listed as a major concern by three-quarters of more than 400 companies surveyed for an October report by IT services provider Advanced. Nearly half said their pool of mainframe-capable talent is decreasing.

“This is a platform where a large number of the employees were getting close to or [were] at retirement age several years ago,” McKenny said.

New sources of talent are emerging, according to McKenny, and workforce demographics are shifting too. The percentage of workers between the ages of 18 and 29 has increased, while those over 50 have a smaller share of the pie, according to BMC’s survey.

Women now make up 30% of mainframe workers, a 7% increase year over year.

“There’s been a significant increase in the number of earlier career people that have 10 years or less experience,” McKenny said. “And we’ve seen the number of women in the workforce increase as well, which is positive for the platform.”

Find the full story on our sister site CIO Dive.

Matt Ashare, a reporter for CIO Dive, graduated from Wesleyan University in Middletown, Connecticut, and began his career as a staff writer at the Boston Phoenix, where he covered music, arts and culture. Prior to joining CIO Dive, he taught journalism and media studies at Randolph College and served as managing editor of OnlineEducation.com.
TAGS: Cloud
0 comments
Hide comments
Recommended Reading