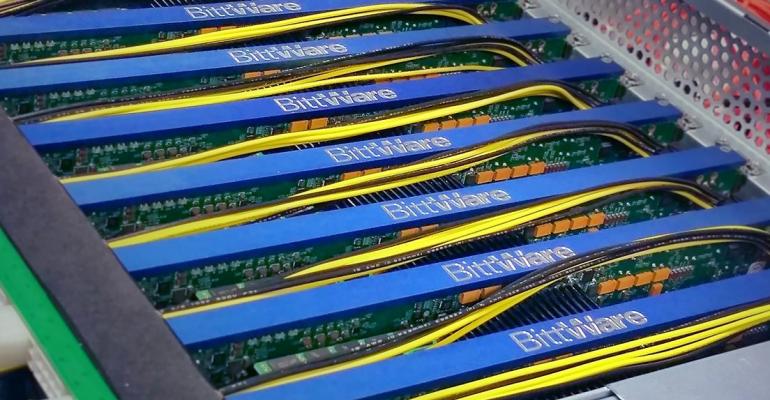 BittWare Squeezes Ten FPGAs Into a 4U Box

That’s a lot of hardware acceleration

American hardware specialist BittWare has launched TeraBox 4102S – a 4U server for FPGA enthusiasts that fits up to 10 double-width PCIe cards.

That’s two more cards than a typical 4U server.

BittWare makes its own FPGA-based accelerators, using chips from suppliers including Achronix, Xilinx, and Intel’s Altera – all of which are available with the new TeraBox.

The system is based on SuperMicro’s 420GP-TNR server for AI and HPC workloads but adapted for FPGAs instead of GPUs.

It supports 3rd Generation Xeon Scalable processors and PCIe Gen4, and has space for up to 32 DIMMs and up to 24 storage drives in 2.5” form-factor.

For system management, BittWare’s FPGA cards are equipped with a Board Management Controller, which accepts PLDM commands.

Several configurations are available for different use cases: for example, the S7t-VG6 features the Achronix Speedster7t FPGA and high-bandwidth GDDR6 memory for compute acceleration, while the IA-840F includes an Intel Agilex FPGA along with QSFP-DDs, to provide 60x 100G ports for networking applications.