The Green Enterprise IT (GEIT) Awards are presented each year by The Uptime Institute to recognize projects, ideas, and products that significantly improve energy productivity and resource use in information technology. This year's awards were announced yesterday at the close of the first day of the Uptime Symposium 2010 in New York. Here are photos of the winners, who received their awards from Uptime's Ken Brill and Lex Coors of Interxion (who organized the judging panel) and Tom Freeman of Jones Lang LaSalle. See Page Two for more award winner. 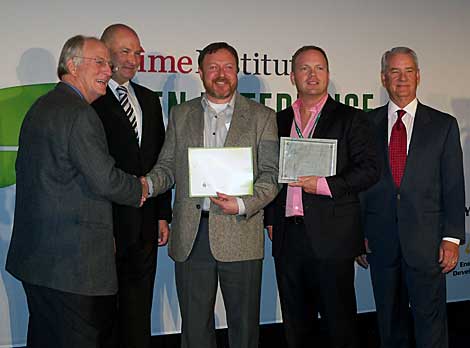 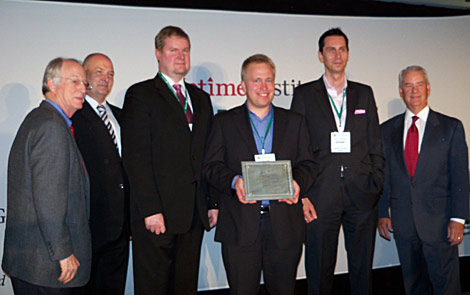 BEYOND THE DATA CENTER: The team from Helsingen Energia were honored for their underground data center beneatha cathedral in Helsinki, which will use server waste heat in a district heating scheme. Accepting for the Helsingen Energia team is Project Manager Juha Sipila (center). 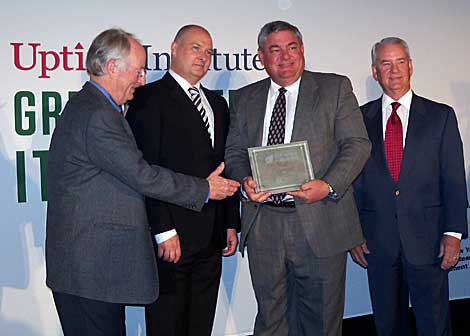 DATA CENTER DESIGN: HP was honored for its design of the Wynyard data center in northern England, which makes extensive use of free cooling. Accepting for HP is Ed Kettler (with plaque), a fellow in the Chief Technologist Office at HP Enterprise Services. 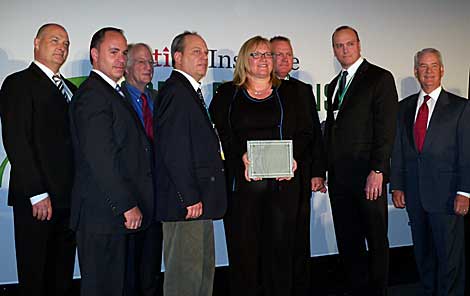 FACILITIES INNOVATION: The data center team from Savvis Inc. was honored for a chiller and pumping control systems upgrade at its NJ2 data center in Weehakwen, New Jersey. Savvis Vice President of Global Operations Michelle Hassemer (with plaque) accepts the award with her team.

See Page Two of our coverage for more Green IT awards