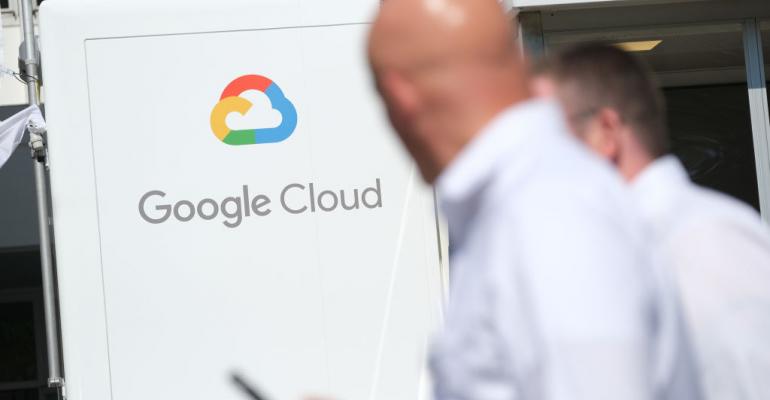 The company launches a new product to attract government agencies to its cloud, plus a slew of other offerings, at Cloud Next.

That particular service, called Assured Workloads for Governments, is designed to meet government security and compliance requirements with mostly software rather than a specialized data center.

U.S. agencies, such as the Defense Department, are shifting billions of dollars in information technology spending to the cloud. But Alphabet Inc.’s Google has largely sat those deals out, as the company lacked key credentials and sales operations, and faced resistance from some of its employees.

Yet Google is now intent on competing. The company’s cloud division improved its government security clearance last year and has hired several executives with experience selling to the public sector. The latest feature is the first from the company's cloud service tailored specifically for government buyers.

“Our approach is to make the entire commercial cloud a secure and protected one that works for the public sector,” Manfra, director of global security and compliance for Google Cloud, said.

With Assured Workloads, customers can pick the region of the country where their data is stored and can limit which Google customer support staff they work with, through background checks or based on citizenship, Google said. It is releasing the new service this fall in the U.S. and expects to expand to other markets.

Google failed to renew a contract with the Pentagon in 2018 after employee protests. That prompted criticism from U.S. politicians and military officials. Since then, Google has tried to mend ties. The company pursued one option to meet growing public sector security demands with a solution involving physically isolated data centers. The company closed that effort earlier this year, Bloomberg News reported.

Its new solution was announced along with a handful of other security-focused products as part of Google’s Next cloud conference. A continued focus for the third-placed cloud provider is its “multi-cloud” offering that lets customers more easily store data and run applications through a variety of providers.

That approach could help it in the public sector, where it’s becoming a more attractive strategy. The Central Intelligence Agency is planning to hire multiple cloud providers in a new program that will give rivals a chance to take on market leader Amazon.com Inc.. In 2018, President Donald Trump’s administration released guidance that urged federal agencies to adopt cloud technology and consider hybrid and multi-cloud models because they “can be effective and efficient.”