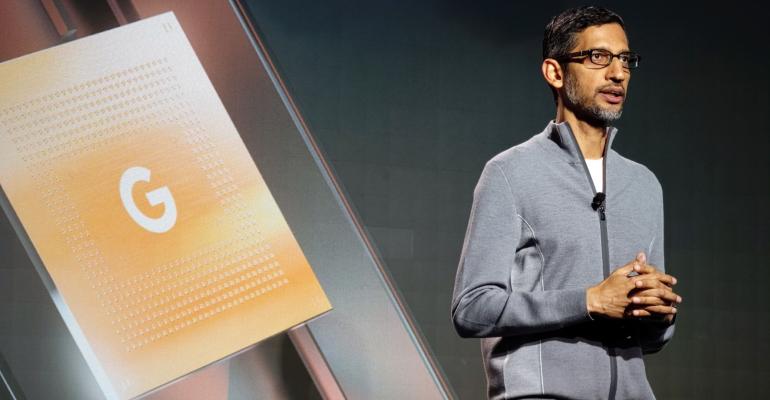 With the opening of Google's first data center in Japan, the firm expands its global footprint even further into Far East Asia.

(Bloomberg) -- Alphabet Inc.’s Google will open its first data center in Japan next year as part of increasing investment in the world’s third-biggest economy.

The new facility, based in Inzai City, Chiba, will accelerate the operation of Google tools and services and support economic activity and jobs, Chief Executive Officer Sundar Pichai wrote in a blog post Friday. It’s part of a broader $730 million investment in local infrastructure by the US company, which began last year and will extend through 2024. Google is also leading the construction of a new subsea cable linking Japan and Canada, called Topaz.

“Google’s partnership in Japan is now deeper than ever,” Pichai said in a surprise appearance at Google’s Pixel 7 and Pixel Watch launch event in Tokyo. “Japan has a history of being at the forefront of the world’s most advanced technologies.”

The CEO is visiting Japan to meet with Prime Minister Fumio Kishida and share details of Google’s investments plans. His previous visit in 2019 was to inaugurate a Google Campus for Startups incubator and this week he met with some student developers from local universities.

The Chiba data center will be the company’s third location in Asia, after Taiwan and Singapore, and will support its efforts to connect Japan to the rest of the global economy, Pichai said.