Where No Data Center Has Gone Before

The team from Amsterdam data center provider EvoSwitch adopted a Star Trek theme to celebrate the company's fifth anniversary. "It’s been five years since we embarked on our mission to be the most sustainable, carbon-neutral datacenter in the Netherlands," said EvoSwitch managing director Eric Boonstra in his Captain's Log. Here are some photos and illustrations released by the company to mark its milestone. You can also check out the full release in English or Klingon. Photos and illustrations courtesy of EvoSwitch. 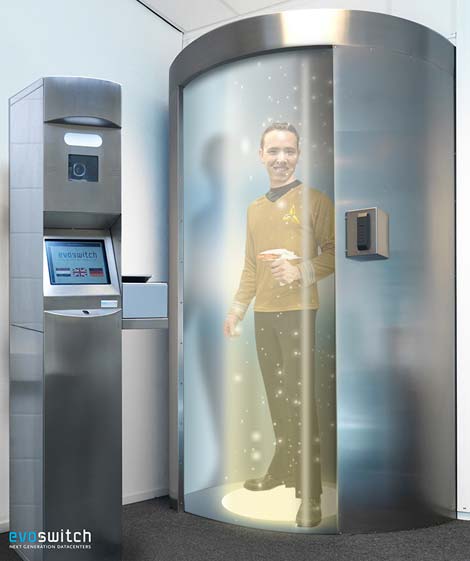 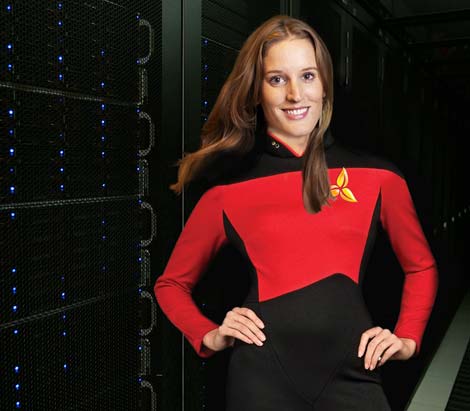 Are you a total data center geek? If you're looking at the equipment, you pass the test. This EvoSwitch staffer would do well to avoid away teams. Those never turn out well for the Red Shirts. 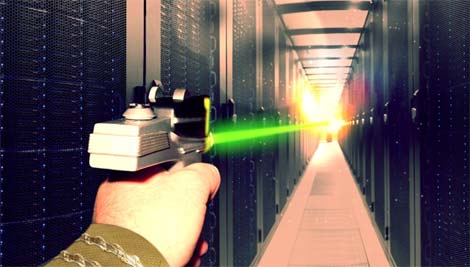 EvoSwitch's advanced cooling system can handle any thermal anomalies connected with vaporizing intruders. So go ahead and set phasers on full- even in the cold aisle! 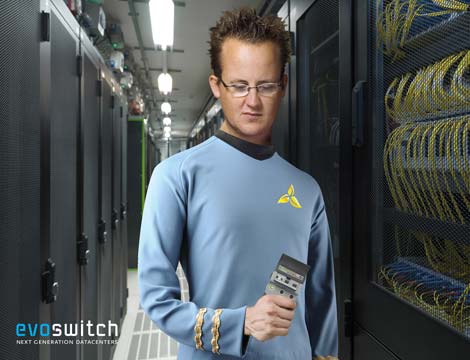