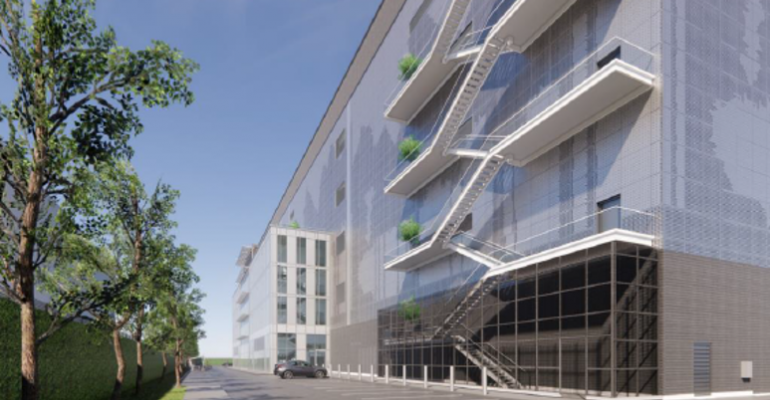 Equinix’ $3.9B Investment Mega-boost: Who’s Impacted and How?

It’s an astonishing sum being invested in a massive buildout of the world’s key hyperscale facilities. And it’s being made, in large part, by the wealth fund of an entire country.

Last week’s news of the sovereign wealth fund of Singapore committing to an additional $3.9 billion of investment in Equinix’ xScale global data center portfolio, in addition to the $3.0 billion it already invested, represents one of the most important commitments to the buildout of compact hyperscale capacity in the history of the data center industry. It’s like adding another whole space program, where “space” in this case means “real estate.”

Singapore’s GIC (Government of Singapore Investment Corp.) Sovereign Wealth Fund is a state-owned investment fund, answerable to the President of the country. It accumulates state fiscal surpluses together, reinvesting them strategically in assets with growing value. The revenues from these investments are then redirected mainly towards the country’s own national defense.

In March 2020, as the pandemic took hold, GIC posted its lowest 20-year annualized return on investment since 2009, at just 2.7 percent. That’s when its managers made the bold decision to diversify its investments even further, including in private markets, utilities providers, and most notably, data centers.

The agreement announced Monday, according to Equinix, will give GIC an 80 percent equity interest in all future joint ventures emerging from xScale, with Equinix retaining 20 percent interest. As our readers will recall, xScale was formed from a previous Equinix venture called the Hyperscale Infrastructure Team. Using Equinix’ talent for design and implementation, Singapore has been able to significantly boost the deployment of global hyperscale facilities. And from Equinix’ perspective, a one-fifth share of this huge pie may be better than total ownership of what it started out with.

But as an Equinix spokesperson told Data Center Knowledge, this does not mean xScale will be concentrating its interest principally on Singapore, or even just the Asia/Pacific region.

Specifically in Europe, Equinix told us, the FLAP quartet of Frankfurt, London, Amsterdam, and Paris collectively account for 80 percent of that continent’s total market demand. Frankfurt is expected to grow its private interconnection demand by a compound annual growth rate of 50 percent, up until 2023. Meanwhile, South America boasts one of the fastest growing Internet hot spots in all the world, with interconnection bandwidth in São Paulo growing at 51 percent CAGR over the same period.

“As one of the world’s 15 largest economies and the second largest in Latin America,” Equinix’ note to us reads, “Mexico remains a bright spot in LATAM’s digital economy. Mexico ranks 38th out of 193 countries in the UN’s Online Service Index (OSI). The Global Interconnection Index (GXI) estimates that the interconnection bandwidth capacity growth rate of Mexico City will reach a 53 percent CAGR by 2023. This reflects the high demand for interconnection in the region within the content and media and manufacturing industries. Mexico City will be the site of one xScale data center as a part of the new agreement with GIC.”

So, after examining this map, where does Equinix perceive to be the highest-priority cities for building new xScale facilities? The company responded with a list of eight metropolitan areas, in the following order: Frankfurt, Helsinki, Madrid, Milan, Paris, Warsaw, Mexico City, and São Paulo.

How will cloud service providers utilize the resources of xScale facilities, and what will make this utilization different than hyperscale as we’ve come to know it?

“With xScale data centers, hyperscale companies can add core deployments to their existing access-point footprints at Equinix,” the company responded, “enabling their growth on a single platform that can immediately span 63 global metros and offer direct interconnection, within a vibrant set of ecosystems, to their customers and strategic business partners.”

Equinix’ edge services will be tied directly to xScale’s access points, the note continued, thereby enabling higher-speed connections closer to end users. Hyperscale operators can consolidate both their core and access point deployments, the company continued, into a single provider.