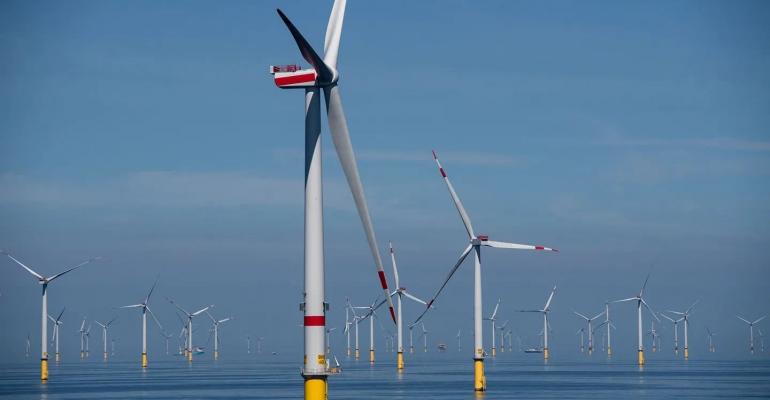 The company recently announced expansions in Frankfurt and Berlin

Google has signed up for 50MW of wind power, to be delivered from an offshore wind farm being built by Danish energy giant Ørsted in the German North Sea.

The 12-year corporate power purchase agreement (CPPA) will contribute to Google's commitment of operating all data centers with carbon-free energy by 2030.

This does not mean that server farms will be powered by renewables directly; rather, for every kWh of power consumed in its data centers – which might as well come from fossil fuels – Google plans to buy an equal amount of power derived from carbon-free sources, and do this through the local grid where it draws electricity.

In August, the company announced it would invest €1bn over nine years to expand its data center footprint in Germany and secure more renewable power.

Ørsted is Denmark’s largest energy company, and one of the world's largest developers of offshore wind power, having built and maintained wind turbines at sea for the past 30 years.

Its upcoming Borkum Riffgrund 3 project is expected to produce 900MW of power once complete – and is slated to go into full commercial operation in 2025.

Ørsted said that the contract with Google will “contribute to providing revenue certainty” for the project.

“We commend Google for their leading role in fighting climate change by investing in additional renewable energy, and we're proud to contribute to their ambitious climate targets,” said Rasmus Errboe, head of Continental Europe at Ørsted.

“Ørsted is continuously proving that we can support corporations across sectors and technologies with clean energy solutions. This CPPA demonstrates that offshore wind plays a critical role in enabling a 24/7 carbon-free energy solution in Europe.”