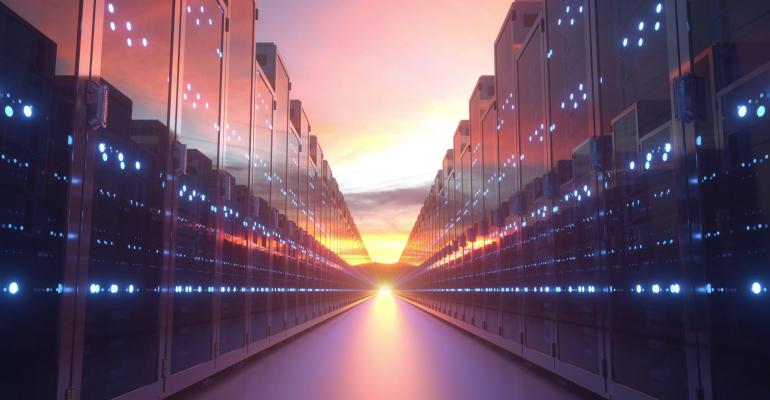 Modular Data Centers: Practical Use Cases for Your Enterprise

This booming sector of the data center industry can address the challenges faced by traditional builds.

Modular data centers are an increasingly growing sector. The global modular data center market was valued at $21.3 billion in 2021 and is projected to reach $52.4 billion by 2027, according to Research and Markets.

Related: Why ‘Edge Computing vs. Cloud Computing’ Misses the Point

“Modular data centers can actually replace a traditional build,” said Vlad Galabov, head of the cloud and data center research practice at Omdia. “You could create a big data center out of the idea of modularity.”

“Modular data centers have evolved from being a niche approach that was only applicable in limited situations to becoming a more common and standard approach for data center builders to take advantage of,” said Joe Kramer, director of modular data center at Schneider Electric to Data Center Knowledge. “In the hyperscale and colo data center market, there is a need to scale capacity at an unprecedented rate, which is driving the trend for these providers to invest in modular power and cooling solutions.”

“It’s important to consider likely expansion plans as far into the future as possible,” said Forrest Secosky, manager for Eaton’s modular solutions product line. “We recognize that data center needs change so rapidly that one may not be able to accurately predict future needs, especially in enterprise applications. A modular design may fit better when future plans are not perfectly clear.”

Additionally, enterprises can look forward to more innovation in the future. “I’m seeing innovation in terms of new shapes and sizes, and new materials being used to build the external shell,” said Galabov. “There are new technologies to power and connect modular data centers with a microgrid — such as a solar farm, fuel cells or even a small nuclear reactor next to the data center — making them even more sustainable.”

In the realm of edge computing, Kramer says it will be an area that “will drive a proliferation of many modular data centers deployed in groups. These groups of data centers will support the low latency compute required for next-generation applications like smart cities and autonomous cars, but will still be cloud connected to interact with larger, more powerful data centers that can do heavier compute and data storage.”

Modular data centers don’t require an entire building to be constructed, so “the less components you use, the lower your emissions,” Galabov said.

Moreover, modular data centers could aid the transition to other fossil fuel alternatives such as lithium batteries. “Local authorities having jurisdiction may have unique requirements regarding how lithium batteries are installed, protected or monitored,” Spears said. “Modular data centers give one the ability to package them in a purpose-built enclosure instead of having to retrofit or configure a larger facility to comply with those requirements.”

Having a single vendor to coordinate with is a huge plus for data center operators. “Deploy locally, but think globally. It’s key to have a good partner that can support your requirements as you grow,” said Bill Kleyman, EVP of digital solutions at Switch. “Working with good general contractors and partners will ensure you can maintain the life cycle of your project.”

Use Cases for Modular Data Centers

When should enterprises choose a modular data center over a traditional build? The use cases, according to Galabov, are varied. “Modular data centers can fit any use case,” he said, but it all comes down to the “need to build a data center quickly in a standardized way.”

Some instances where a modular data center might be a better choice include expanding to a new or remote location, or in urban areas that lack space. “What modular data centers do is they enable you to build a data center that’s close enough to the metropolis but not bound by the requirement to have a large land area,” said Galabov.

Another use case is integrating edge computing for improved operational efficiency. “Edge computing is poised to become an explosive part of the modular data center market,” said Kramer. “We see a lot of cases in manufacturing environments with new technology being deployed to drive efficiency and automation in their process. This technology frequently controls equipment or processes that have a low latency response requirement. Instead of reallocating critical space for a new data center, a manufacturing company can deploy a modular data center on the outside perimeter of their building without disrupting operations.”

Yet another use case is when an organization wants to place its data center close to cheap energy. Galabov notes that for certain vendors, “some of their clients do not have a latency-sensitive workload or workload that needs to be computed 24/7, so they would time their computing needs in the evening when energy is usually much cheaper and place their modular data center close to the energy company, allowing them to maximize their revenue.”

For any use case, it’s vital to keep your workload and overall goals as a company top of mind. For instance, you might consider having enough power provisioned (including backup power) if your workload is compute intensive or if your location is prone to electricity disruption, while liquid cooling might be an option if you want to use less power and be more sustainable.

“It’s important to analyze your workload today and, ideally, at least for the short term in the future so that you can have each of the building blocks configured or sized to your needs,” said Galabov.