Come here for expert insight on the latest in data center design and everything that goes inside -- from power and cooling to servers, storage, networks, hyperconverged infrastructure, edge computing, and data centers for machine learning. 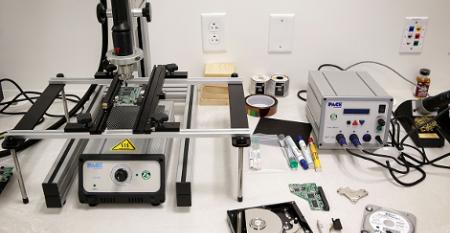 Confidential Computing, the Next Big Thing Making Cloud Less Scary for Enterprises
Jul 30, 2020
Securing data while in use opens doors from the on-prem data center to the cloud for more applications.

VMware Hands Control of Kubernetes Ingress Project Contour Over to CNCF
Jul 28, 2020
Joe Beda, one of its creators, said one reason for the move was reassuring non-VMware developers that Contour's development wouldn't be steered by a single company.

Commvault Furthers Intelligent Data Management Vision
Jul 28, 2020
Commvault announces new and enhanced backup and recovery products as well the next generation of its HyperScale scale-out storage architecture as it pushes ahead with its intelligent data management strategy.

Google Commissions Subsea Cable Linking US, UK, and Spain
Jul 28, 2020
The Grace Hopper system will be the first Google subsea route to Spain and one of the first new US-UK cables since 2003.

Microsoft Claims a First in Hydrogen-Fueled Data Center Test
Jul 28, 2020
The company said it was able to power a row of servers with a 250kW hydrogen fuel cell system for 48 hours.

OpenStack Remains Alive and Well in the Colocation Space
Jul 27, 2020
The open source platform may no longer have the ‘next big thing’ status it once had, but it’s very much alive in the private cloud services space.