Find expert insight on the latest in data centers for machine learning here. 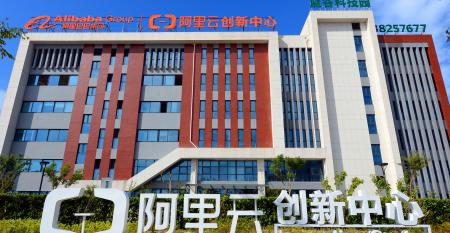 Facebook to Shut Down Use of Facial Recognition Technology
Nov 02, 2021
Facebook on Monday said it will shut down its facial recognition system for privacy reasons, and will delete more than 1 billion “facial recognition templates” it has collected over the years.

Nvidia Aims vSphere-Integrated AI Software Suite at Enterprise Market
Aug 30, 2021
The AI leader has designed the software together with VMware to make AI easier for both data scientists and enterprise IT pros.

Next-Gen IBM Mainframes Will Have On-Chip AI Accelerators
Aug 23, 2021
The new chip design is meant to enable AI inference on the mainframe for things like real-time fraud detection, faster trade...

Strong Automation Strategy Is Key During Pandemic Recovery
Aug 04, 2021
As workplaces figure out their new normal, automation has a role to play – but the ad hoc implementation that happened during...

How AI is Changing the Role of Network Managers and Teams
Jul 19, 2021
AI tools are set to transform network management and operations. The technology is also poised to bring major changes to the way network leaders and staff work.

Machine Learning Automation Couldn't Keep the Suez Canal Unstuck
May 26, 2021
Machine learning automation is increasingly part of the shipping industry, but it can’t prevent every problem, as evidenced by the Ever Given running aground in the Suez Canal.
Load More