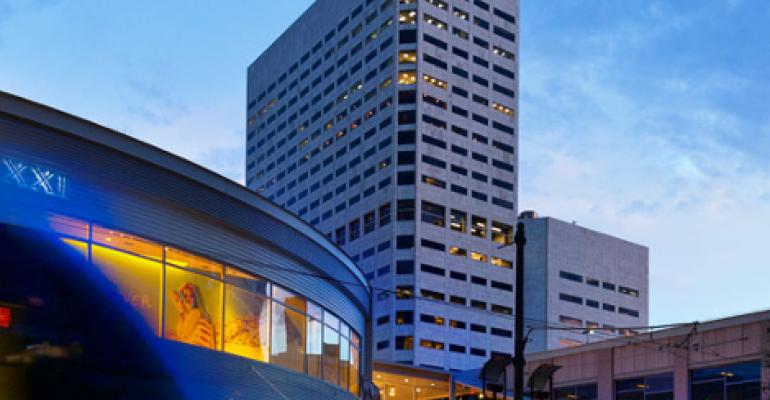 Deep-pocketed backer onboard, Netrality is prepared to pay premiums for key interconnection properties.

The level of investment in data center businesses remains at an all-time high, the most recent example being the acquisition of a majority stake in Netrality Data Centers by asset manager Macquarie Infrastructure and Real Assets.

The companies did not disclose terms of the deal, which was reported to have been in the works last week but announced officially this Wednesday.

“About a half dozen” members of Netrality’s senior management team partnered with Macquarie to acquire the business from its previous owner Abrams Capital Management, Netrality CEO Gerry Marshall told Data Center Knowledge. He and the company’s COO Josh Maes are two of those senior managers.

They declined to share the size of Macquarie’s portion of the deal but said the infrastructure fund now owns a majority stake in the company.

Netrality’s strategy has been to buy core network-interconnection points in each geographic market it enters, upgrading the facilities, and selling data center space to companies wanting to connect to networks present there. In other words, if a company like Netflix – hypothetically – wants local ISPs in Kansas City to deliver its content to viewers in that market, Netrality’s building at 1102 Grand is the place where it can connect its network to all the ISPs it needs in the market, while leasing data center space for its network equipment and likely also compute and storage to cache content.

With access to Macquarie’s deep pockets, Netrality has what Marshall described as “a very ambitious expansion plan,” which does not include any changes to its business model. It wants to continue buying up the main interconnection buildings in as many markets as it can and lease them out to companies seeking connectivity in those markets.

Not every core interconnection facility in every market is up for sale, however. In fact, “there are not that many of them that are for sale,” Marshall said, but “they don’t always have to be for sale to be bought.”

That implies Macquarie – part of the Australian multinational investment bank Macquarie Group – is willing to pay big premiums for assets that fit Netrality’s model. “They are encouraging us for sure,” Marshall said. That’s consistent with the broader market trend, where investors hungry for quality data center assets and capable management teams have created a seller’s market.

Last year, Macquarie bought a large stake in data center provider Aligned Energy and was reported to have been in negotiations for a stake in T5 Data Centers, but those negotiations did not lead to a deal.

Data centers aren’t the only digital-infrastructure assets institutional investors have been spending on. Fiber networks and wireless towers have also been on their radars. Just this week, Macquarie also announced a deal to acquire Bluebird Network, a Midwestern network operator.

While Macquarie has encouraged Netrality to find ways to collaborate with the other digital-infrastructure companies in its portfolio, there are no specific plans for now, Maes, Netrality’s COO, told us. “We certainly hope to have the opportunity to spend time with them and share ideas, but beyond that I don’t know,” he said.

More immediate things on the agenda have to do with taking key interconnection assets in more markets off their owners’ hands. “We do have target acquisitions that we are working on, but it’s premature to discuss them at this time,” Marshall said.

Netrality’s current portfolio consists of buildings in what are called tier-two, or secondary US markets: Houston, Kansas City, Philadelphia, St. Louis, and Chicago. That doesn’t mean the company will steer clear of primary data center markets, such as Silicon Valley, Dallas, or Norther Virginia. While it has “seen a lot of success in secondary, [it is] not exclusively pursuing secondary-market opportunities,” Maes said.