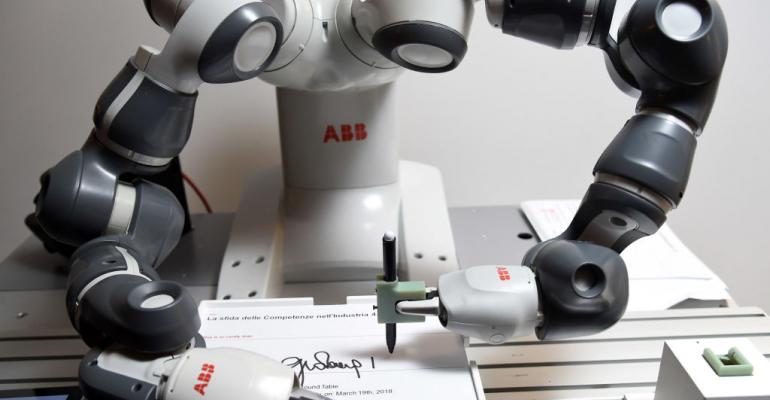 ABB is working with Citigroup Inc. on the divestment and sales documents were sent out to potential private equity and industrial bidders in the last week, the people said, asking not to be identified because the process is private. The unit was acquired as part of ABB’s $2.6 billion deal for General Electric Co.’s industrial solutions business in 2018.

“ABB can confirm that it has initiated a strategic review for its Integrated DC Power (DC Power Systems and Embedded Power),” said Daniel Smith, a spokesman for the company, in an emailed statement. “This, however, is not an indication that this process will definitely end in a transaction, nor a reflection on the timing and terms of any deal.”

The sale is part of ABB’s broader efforts to slim down. Chairman and interim Chief Executive Officer Peter Voser told Reuters earlier this month that the Swiss firm was reviewing whether to sell businesses generating revenue of $3 billion. The company paid Italy’s Fimer SpA to take over an unwanted solar business in July, and ABB offloaded the majority of its power-grid division for about $6.4 billion in December.

The power conversion business has annual sales of more than $400 million and earnings before interest, taxes, depreciation and amortization of about $80 million, the people said. The unit’s customers include technology giants including Alphabet Inc. unit Google and Cisco Systems Inc. as well as phone carriers such as Verizon Communications Inc., they said. No final decisions on the divestment have been made, the people said.

The unit was formerly known as Lineage Power Holdings, which GE acquired in 2011.