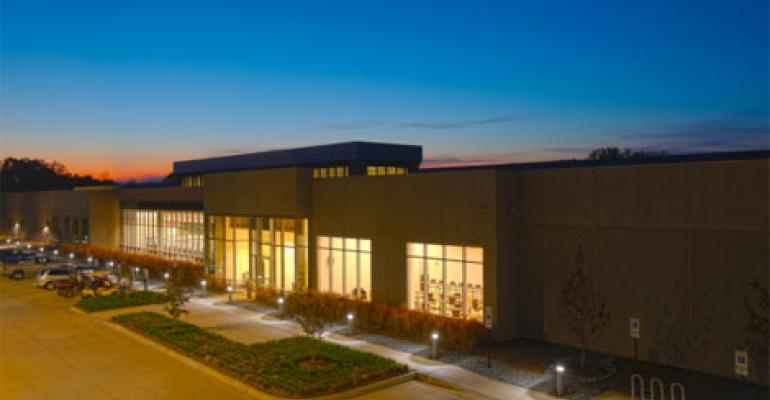 Apple has transformed digital music and mobile devices with iTunes and the iPod, iPhone and iPad. What’s Apple’s latest game-changing hardware design? The company is rapidly expanding its data center infrastructure to support its current and future Internet services, including iCloud.

We’ve compiled our coverage of Apple’s data center expansion projects into a series of Frequently Asked Questions. Here’s the Apple Data Center FAQ (or “Everything You Ever Wanted to Know About Apple’s Data Centers”).

How Extensive is Apple’s Internet Infrastructure?

Like many content companies, Apple operates data centers on both coasts of the United States. It owns data centers in Oregon, North Carolina, California, and Nevada. The company also leases space from colocation providers, but the bulk of its data center capacity is in company-owned facilities. Apple has publicly committed to powering its data centers entirely with renewable energy and does so by using a combination of solar and geothermal energy, as well as fuel cells that run on biogas. Additionally, Apple makes significant use of major commercial content delivery networks to deliver software and digital files.

What are Apple’s Plans for Expansion?

Most recently, Apple announced it will spend $2 billion to convert a former 1.3 million square foot manufacturing plant in Mesa, Arizona, into a data center. The facility will be powered entirely by renewable energy, supplied partially by a new local solar farm. The company has also filed for approval to build another massive data center campus adjacent to the existing Apple data center site in Reno, Nevada. Codenamed “Project Huckleberry,” the plans call for a new shell with multiple data center clusters and a support building. Its design is similar to the company’s existing campus at Reno Technology Park, called Project Mills. Mills isn’t fully built out yet, and when it is, it will consist of 14 buildings, totaling more than 400,000 square feet. Apple plans to build a new 50 MW electrical substation at the site to support its growth in Reno. The campus is currently being served by a 15 MW feed from the utility NV Energy, according to the Gazette Journal.

Apple is also investing $1.9 billion to build two data centers in Europe located in Athenry, Ireland and Viborg, Denmark. The two facilities opening in 2017 will be used to support Apple’s online services, including the iTunes Store, App Store, iMessage, Maps and Siri for Apple’s customers in Europe. The new data centers will also be some of the largest, at around 1.8 million square feet. In addition to using 100 percent renewables, both data centers have additional design considerations to make them even more environmentally friendly.

Finally, the original 154 acres on which Apple built its data center in Prineville, Oregon, has one 330,000-square-foot data center building, which is configured with eight pods connected along a central spine, and another building of the same size under construction. The first two buildings were approved in 2012. The addition of a third data center building, also 330,000 square feet, is currently under site-plan review. If Apple completes the third data-center building, the company will have about 23 acres of computer hardware under roof. An aerial view of the new Apple data center in Maiden, North Carolina, excerpted by a video by area real estate agent Bill Wagenseller.
Apple spent more than $1 billion on its 183-acre data center campus in Maiden, a town of about 3,300 residents in Catawba County in western North Carolina. The 505,000 square foot facility (pictured above) ranks as one of the world’s largest data centers, but it’s about to get bigger. The company recently filed for an erosion control permit for the data center, as well as an area for an additional one in the future. The permit calls for underground utilities, foundations and site work for a 24-megawatt data center, a pumphouse, facilities shop and switchgear shed.

The permit for “Project Bishop” calls for a foundation of a little more than 114,300 square feet for a proposed data center, called “Day 1 Building” on the plans. The building shows the majority of the building will be full banks of computers but there also is a work area with bathrooms, the plans show. The plans also show an area for future construction that has a footprint of around 100,000 square feet.

According to information on Apple’s website, the company has invested more than $500 million in its Maiden data center.

The project began as early as 2007 when Apple began actively scouting sites for an East Coast data center. By early 2009, the data center site search had a codename (“Project Dolphin”) and was focused on locations in Virginia and North Carolina. Both states passed tax incentives, but in North Carolina won the bidding with a package that included about $3 million in state-level tax breaks and another $7.3 million in incentives from Maiden and Catawba County.

On July 31,2009 Apple paid about $3.5 million to acquire 255 acres of land near Startown road and Route 321. Apple later paid an additional $1.7 million to acquire a 1 acre property owned by Donnie and Kathy Fulbright, a deal that gained global media coverage when it was disclosed. The Fulbrights used their windfall to purchase a nearby 49-acre property that “boasts a 4,200-square-foot house with a Jacuzzi in the master bathroom, as well as a man-made pond stocked with bass and catfish.”

Apple began construction in Sept. 2009 and completed construction in about a year. As Apple prepared to bring the facility online, local realtor Bill Wagenseller shot an aerial video demonstrating the scope of the building:

The Apple data center in Maiden features a one-story data center floor spanning 184,814 of space, according to a property assessment from Catawba County (link via MacRumors). The central server area is enclosed by 262,328 square feet of space supporting mechanical and electrical systems to support power and cooling. The building also has 57,432 square feet of space for offices and loading docks, and has an exterior equipment yard that covers 141,806 square feet. The building’s height ranges from 24 to 38 feet.